Mental health - a significant antiaging factor that should not be overlooked 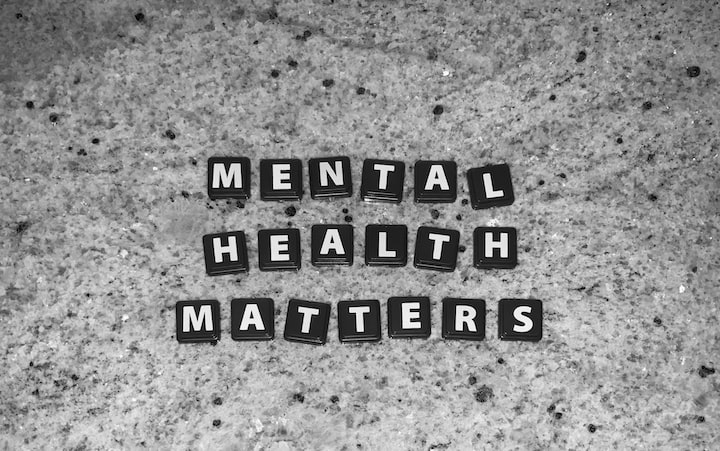 It is indisputable that we all age, but research has shown that some of us not only age faster than others, but also show signs of aging at a younger age. Frailty, aging-related diseases, poor vision, and cognitive decline are all unpleasant symptoms of old age, but we are learning how to predict them using aging clocks and statistical models that can predict when these aging symptoms will appear in a person.

Dr. Steve Horvath developed the first aging clock in 2013, using epigenetic data to compare the rate of aging across multiple human tissues. Following this study, a number of research projects examined the aging footprints in other biodata dimensions such as gene expression, clinical blood tests, imaging, and gut flora composition. These aging clocks enable researchers to investigate the underlying causes of aging and provide insights that can be used to develop antiaging therapies.

Most aging clocks, as one might expect, use physical, molecular data sources such as DNA and RNA. While these molecules are the very foundation of life, aging is a complicated process involving a number of pathways - processes that are too complex to comprehend if only responding to low-level information. Aging is a societal and psychological phenomenon as well as a process of cellular damage accumulation.

Deep Longevity is a Hong Kong-based startup that aims to integrate the various manifestations of aging into a single narrative, developing the tools that will drive future biogerontological research. Deep Longevity released the first psychological aging clock in 2020, demonstrating that a person's perception of their own age is a significant all-cause mortality factor.

Earlier this year, the company collaborated with Harvard University to publish a study describing an ensemble of neural networks that can aid in long-term mental resilience. This research project is now the backend for FuturSelf.AI, a free online service that provides users with detailed reports on their psychological age and well-being trajectories.

Deep Longevity is still fascinated by the psychological aspect of aging, and the company has recently published a new paper demonstrating the interconnectedness of the physical and mental aspects of aging. The startup, in collaboration with Stanford University and the University of Hong Kong, analyzed data from 11,914 Chinese adults to compare how emotional states and social factors affect one's biological age. The rate of aging detected by a new aging clock was found to accelerate when a person is unhappy, lonely, or has difficulty sleeping. The negative impact of poor mental health outweighed the negative impact of smoking and was comparable to the impact of serious lung and liver diseases.

Given the strong link between psychology and the physical rate of aging, it can be concluded that poor mental health should be recognized as a major driver of aging.

Common mental health problems that can have a significant impact on aging include:-

Depression is a common mental health issue that can occur at any age. It is characterized by feelings of sadness, hopelessness, and lack of cheerfulness, as well as a variety of other symptoms. Depression is more common in older adults than in any other segment of the population. While the exact cause of depression is complex and is often due to a combination of factors, research indicates that an increased risk of depression is associated with certain aspects of the aging process. For example, studies have shown that people who experience the death of a spouse have a higher risk of depression, as well as those who have certain medical conditions such as heart disease, stroke, diabetes, or cancer.

Bipolar disorder is a condition that causes shifts in mood, energy, and sleep patterns. While people of all ages can experience bipolar disorder, it is more prevalent among those who are older and may affect approximately 5% of this population. Although the symptoms of bipolar disorder in older adults may be less obvious than in younger people, scientists have recently discovered that bipolar disorder can even occur in people who have been diagnosed with Alzheimer’s disease.

Anxiety disorders are a collection of mental health issues that include fear, worry, and nervousness. Older adults are more likely to experience anxiety than any other age group, which may be a result of the aging process itself. A variety of other factors may play a role in the development of anxiety disorders, including poor health and cognitive decline (due to Alzheimer’s or other forms of dementia), loneliness, or financial and/or housing concerns.

Schizophrenia is a serious mental health condition that typically begins in young adulthood although it can occur at any age. Symptoms often improve with age and tend to lessen as people enter their 40s and 50s. However, research indicates that schizophrenia is more likely to occur in people who are in their 40s and 50s than in any other age group, followed by the 18-29 year old segment of the population.

I﻿ am a senior who is very keen on health and longevity issues and would like to share such knowledge with whoever is interested in these areas. Please SUBSCRIBE if you find the information useful and I can be motivated to share them daily

More stories from Willie Wun and writers in Longevity and other communities.