by Theo James Taylor a day ago in table top 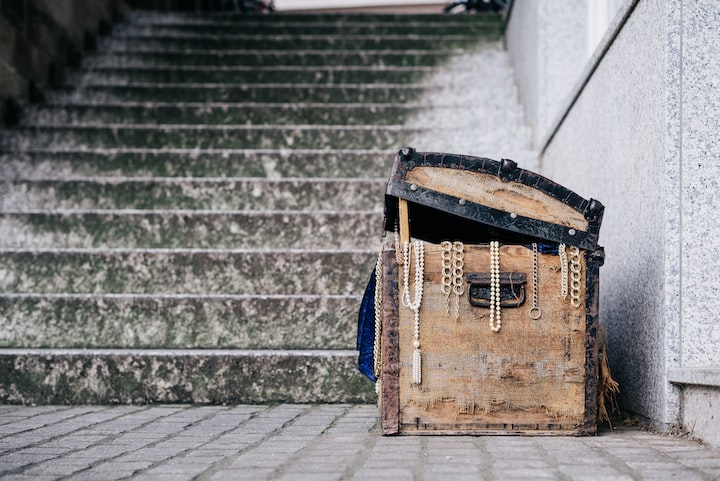 Magic items in Dungeons and Dragons are meant as magical rewards for adventuring and exploring your campaign. Every D&D campaign is full of great loot placed by your DM, but if you ever have a pile of gold burning a whole in your pocket and are looking for somewhere to put it all, here are some suggestions!

Whether you are a player looking for the best items for your character, or a DM who is looking to tailor the loot in your campaign to the classes your party is playing, here is the perfect list for magical items for Fighter in Dungeons and Dragons 5e that every fighter is gonna want to attune to!

Yeah I know, it’s not very exciting! But when it comes down to it, one of the best things a fighter can do is tank and hit stuff real good. Increasing your AC and your chance of hitting across your massive number of attacks is only going to do you good in the long run, if these items are up for grabs in your campaign, don’t turn your nose up at them, you’re gonna want those bonuses when you can get them. The secondary bonus to these items, is that a flat bonus item is not an attunement item, and as such these don’t count against your attunement slots.

Boring +1 items aside though, Flame Tongue is absolutely the best weapon in the game as far as bang for your buck goes. This sword does an insane +2d6 fire damage on a hit, and that’s on every hit! Go for an action surge at level 5 and that’s +8d6 damage. In addition to just destroying your enemies with fire, it also gives 40 feet of bright light, and 40 feet of dim light while the flames are active. In other words, your poor Human Fighter never news to buy a torch again.

This one is primarily for melee characters, though a good ranged fighter will get a solid benefit out of it as well. The Winged Boots provide up to 4 hours of flying speed equal to your walking speed. Perfect for when your DM keeps throwing ranged characters, or flying monsters at your fighter who only has a Greatsword, now you can more easily close the distance. Flying over obstacles, up cliffs, over crevasses and closing with those pesky dragons.

In a similar vein as the +1/2/3 Weapons, the Belt of Giant Strength is just an overall good item. Unlike the other items that boost ability scores, the belt of Giant Strength run from Hill giant, which boosts your Strength to 21 to Storm Giant which boosts it to 29, far in excess of the 19 that a pair of Gauntlets of Ogre Power or a Headband of Intellect will get you. Of course this belt comes in handy above just attacking and dealing damage, it will also increase your Battlemaster DC and your Athletics checks.

This handy bad boy lets you have all the fun of smashing enemies with a greataxe, with none of the disappointment of losing that precious shield bonus to AC. The animated shield takes a command word to activate and then hangs in the air, blocking attacks of its own accord, letting you pull out your two handed weapon of choice and attack your enemies with Great Weapon Master whilst you tank. This is one of my personal favorites!

Running along the same lines as other Ability score increasing items, the Amulet of Health is out there to give you that extra bonus to Constitution, which will of course also give you a bonus to HP, increasing your tankiness and your ability to power through Cones of Cold, Ice breath, Poison and anything else that might stop you from doing your job on the frontline.

The main weakness of the fighter are, and have always been, enemy spellcasters. Getting hit by a Hold Person spell or another method of Crowd Control is gonna stop you from doing what you do best. In order to counteract that, I introduce the Mantle of Spell Resistance. Just as it sounds, it straight up gives you advantage on saving throws against spells, get this thing as soon as possible is what I say!

This is an honorable mention, it will take up your attunement slot, but at lower levels, especially if you don’t have access to Pass without Trace, the Boots of Elvenkind give you advantage on Stealth checks. If, like most fighters, you have disadvantage from your armor, this will simply negate it, and you’ll be able to roll one die. You’re not going to be the stealthiest character on the block by any means, but this will stop you from getting in trouble from the resident rogue.