An exercise pill? Researchers find a medication that mimics the effects of exercise

Which to choose? Exercise or Pill 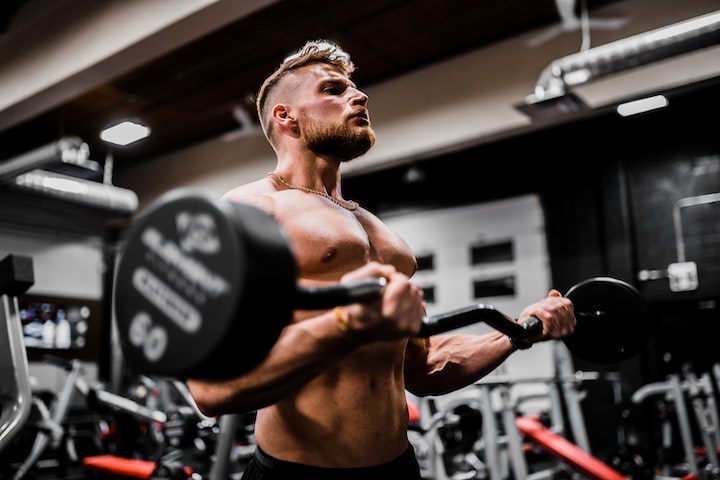 Photo by Anastase Maragos on Unsplash

It is well recognized that exercise supports healthy bones and muscles.

Physical inactivity, which is linked to the loss of bone and muscle, can be brought on by aging, lifestyle choices, and chronic illnesses.

A medication that can simulate physical activity in mice has now been discovered by a new study.

Our bones and muscles work together to become stronger when we exercise. The American College of Sports Medicine advises combining weight-bearing activities 3-5 times per week with resistance training 2-3 times per week to preserve bone health.

According to research, physical activity should be continued throughout one's life to maintain bone health. Bone loss occurs when physical activity is reduced. The CDC recommends frequent exercise to build and maintain bone and muscle mass. For those with osteoarthritis, increasing muscle strength can have a modest impact on reducing joint discomfort.

Modern living is linked to a lack of physical activity notwithstanding its advantages. The WHO estimates that up to 85% of people worldwide lead sedentary lifestyles.

A higher risk of chronic disease is also linked to inactivity. One in nine fatalities worldwide, or more than 5 million deaths, are attributed to physical inactivity, according to the British Heart Foundation.

Physical activity may be more challenging due to chronic diseases, injuries, and age, which can result in bone loss (osteoporosis) and muscle wasting (sarcopenia).

A new medication has been discovered by researchers at Tokyo Medical and Dental University (TMDU) that can mimic exercise and stimulate similar changes in bone and muscle.

A medication that strengthens bones and muscles.

In the study, the research group discovered a novel substance called locamidazole (LAMZ), which has therapeutic potential and has effects that are comparable to those of exercise.

Male mice were given either 10mg/kg of LAMZ orally once daily, 6mg/kg of LAMZ by injection twice daily, or a control solution for 14 days in order to evaluate the novel substance.

Both oral and intravenous administration of LAMZ caused alterations in bone and muscle. Comparing treated mice to untreated mice by using a treadmill device to test endurance, it was shown that the LAMZ-treated mice were less exhausted and covered more ground than the untreated animals.

Dr. Joseph Watso, an assistant professor at Florida State University who was not engaged in the study, noted in an interview with Medical News Today:

Though the changes in the animals' travel distance were minimal (about 2%), the increases in adjusted maximum muscular strength and muscle fiber width after 14 days of LAMZ administration were fairly significant. Researchers found that the treated mice had broader muscle fibers and greater muscle strength.

The scientists demonstrated using gene analysis that LAMZ enhanced the amount of mitochondria—the cell's powerhouse—in muscle and bone cells. They observed a rise in the expression of the gene encoding PGC-1 alpha, a protein known to support bone and muscle cells and boost mitochondrial output.

The researchers orally fed LAMZ to mice while suppressing PGC-1 alpha in order to better comprehend the mechanism. They discovered no improvement in muscle strength, showing that PGC-1 alpha mediates the effects of LAMZ on bone and muscle.

Exercise or a pill?

The research has demonstrated that LAMZ may strengthen bone and muscle without having an adverse impact on the tissues around it. It can also serve as a therapeutic medicine by reviving bone and muscle via PGC-1, simulating physical exercise.

"The publication presents persuasive evidence in animals for an agent with a high potential to promote bone and muscle health," Dr. Watso said in a statement summarizing the research. The crucial next question is whether the results of the evaluation of the agent in animals will apply to people. Without any negative side effects, of course, that might not have been noticed in the animal tests.

He forewarned that creating a single health panacea to replace the countless advantages of regular exercise and physical activity would be a difficult task. Despite this, more has to be done to lower the prevalence of the burden brought on by preventable diseases.

Exercise should be the primary option for individuals who can be physically active, but in some circumstances, medicine may be a safer choice than physical activity, according to Dr. Watso.

Nevertheless, he went on to say that it was "absolutely worthwhile to continue to explore population-specific risk factors and pathophysiology for prospective therapy targets."

I﻿ am a senior who is very keen on health and longevity issues and would like to share such knowledge with whoever is interested in these areas. Please SUBSCRIBE if you find the information useful and I can be motivated to share them daily

More stories from Willie Wun and writers in Longevity and other communities.