by Mel E. Furnish 9 months ago in Short Story · updated 4 months ago 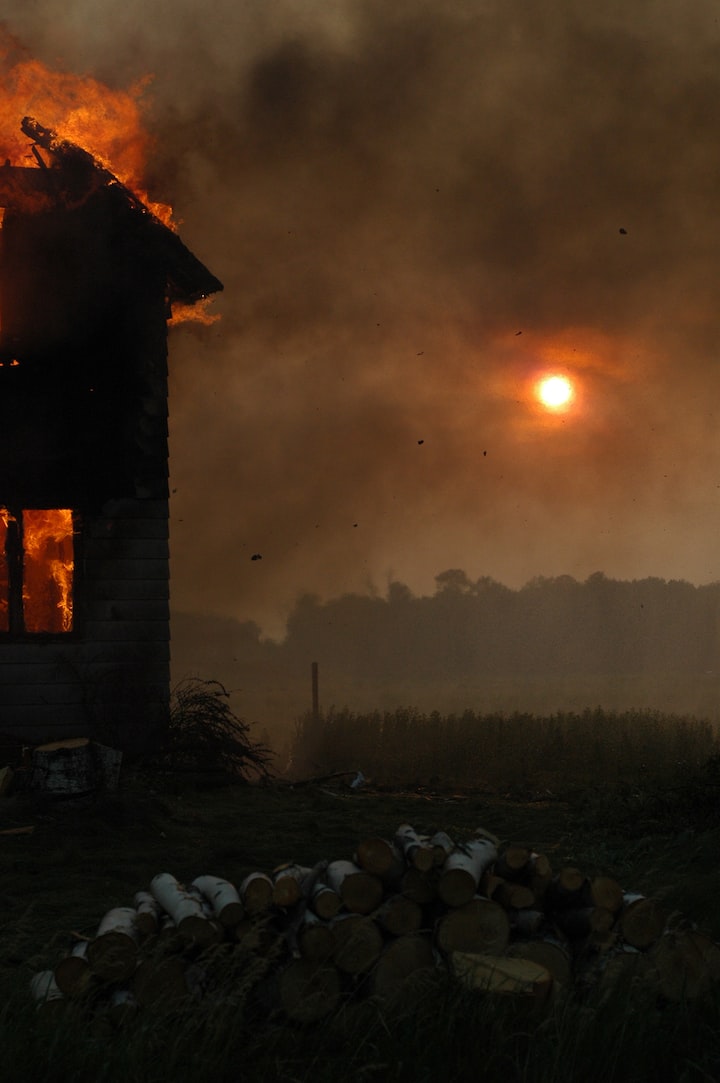 Ash fell from the night sky. Men slaughtered animals and chopped down the surrounding trees with foul machines. A woman's scream erupted as the fire spread across the nearby village. Children cried and begged for their mothers as soldiers ripped them from their arms.

A man with blue eyes and messy brown hair yelled as he waved his hands, trying to stop the soldiers from destroying the forest. As families were separated, the army pressed down to march toward the forest. Most of the soldiers carried large, razor-sharp axes to cut down whatever stood in their way. The man who stood between the soldiers and the treeline crashed to his knees as he witnessed his fellow neighbors getting cut down to protect their families. Without a family of his own, he resided beyond the trees where he kept to himself, until now.

The army approached, the blades shimmering in the moonlight. Before the first soldier struck him, vines exploded from the shadows. The man's jaw dropped as the plants snatched the surrounding men and squeezed the life out of them. As they suffocated, the man spun around to see something shift within the underbrush behind him.

Two emerald flames erupted from the silhouette of a cloaked figure. The green light flaring from the hood reflected in the man's wide eyes. Abruptly, moss swarmed the body of a soldier preparing to throw his battleax. Strong roots swiftly muffled the screams of the closest army men as they encased their flesh. The man stared in sheer terror as the green-eyed being approached him. Red curls slipped out from under the hood's shadow.

"W-who are you?" the man stammered.

"Florafilia Alyssia Fulguris, but you can call me Flora," she grinned as she removed her hood. Her tan skin was decorated with enchanting green paint in unique markings. Her emerald gaze locked on the man's wide blue eyes as he shook. Her long crimson curls bounced around her shoulders as she moved. Suddenly a man's laughter resounded from nearby. Around the corner sauntered a man with brilliant sapphire flames pulsing from his strange glare. His short, messy white hair shook in the breeze as he removed his cloak.

As it fell, the fabric dissolved in electrical sparks. The newcomer's skin was tan with dark blue and purple veins underneath, pumping his divine blood. He rapidly raised his hand toward the burning village. Promptly, bolts of plasma erupted from his fingertips and electrocuted the remaining soldiers tormenting families. As they crashed to their knees and their hearts stopped beating, the man lowered his hand and turned to face Flora and the man she saved.

"As if this moron could dream of pronouncing thy full name," he grumbled. "I am her half-brother, Cyrus Arythus Fitin Fulguris. Not that this hasn't been fun, but it's time to get going." Flora frowned as she shook her head. "C'mon, let's move on to the next one," Cyrus declared.

"Wait," snapped Flora. She slowly turned to face the man she saved. "You were fearless to risk your life like that, especially with just your voice and body. I know your kind isn't exactly invincible or possess any powers like ours, so--"

"So she thinks thee art courageous. Kiss her already; I think I'm going to be sick," he grumbled. "Why doth thou insist on socializing with them? Thy desire to be different is disgraceful to thy ancestors. The blood in our veins-a gift of thine thou take for granted. Thou shalt one day awake from thy foolish dreams, and fulfill thy purpose--"

"Don't you have someone else to annoy?" Flora dryly retorted with a raised eyebrow. Cyrus rolled his eyes, and with a snap of his fingers, he disappeared. The man continued to shake as he witnessed Cyrus vanish into thin air. "Don't fret; I am not going to hurt you," she smiled brightly. "What's your name?"

"Jake," he muttered. "You speak differently; why is that?"

Flora sighed. "I choose not to speak like the prudes I exist with simply because, as he said, I wish to be different. I am grateful for my abilities; however, I believe humans like you have more to discover within themselves. Every being has something special inside its core, dying to break free from the shell holding it back. I see in you a deep passion for the world and nature's incredible ways."

Jake stared at Flora with a curious gaze. "You killed those men, didn't you?" he stammered. Jake's blue gaze scanned the village as he frowned. "They destroyed everything."

"But they were stopped from taking your people and destroying this forest. I know Cyrus and I didn't make it in time to stop them from starting this nightmare, but we will always do our best to end these tragedies as soon as we can," she paused as she beamed. "It was nice to meet you, Jake," she stepped back as the emerald flames around her eyes reignited with a flash. "I must go now, but I hope to see you again, one day," she dipped her head and before he could speak, she faded in a massive green flame.