Understanding Anxiety, Panic, and the Utility and Limits of Therapy

by Daniel Goldman 28 days ago in mental health

Anxiety and panic are easily confused, even by science communicators writing about the topic. 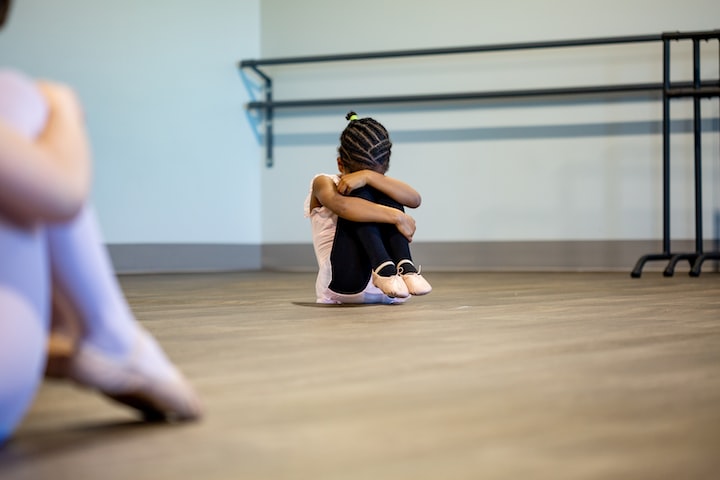 Anxiety and panic are two closely related psychophysiological (relating to both the mental and bodily state) concepts. But they're not the same, and their differences can be a bit confusing. It's also a common misconception that anxiety and panic are always bad things. They're not. They can be good. However, when they become detrimental to our health and ability to function, we need to seek help.

I decided to write this article because of another article that I found recently. It was written by Emma Pattee and published under Elemental on Medium. In her article, Pattee gave terrible advice about mental health and therapy. I understand that Emma did not mean any harm. It's clear that she was trying to be helpful. But intent aside, there was considerable misinformation and it needs to be addressed.

Science Communicators Must Know The Science

A science communicator does not need to be an active scientist. They do not have to have ever conducted scientific inquiry themselves. But they need to be well versed on the philosophy of science, and the specific theory and terminology on which they are reporting. Using Pattee's article as a foil, a number of issues come to mind straight away. I don't want to dedicate this whole article to an analysis of her piece, but I will consider it in detail, as it's a useful reference.

Firstly, there's limited reference to scientific sources. The only expert source was of a fringe psychologist. In and of itself, that wouldn't be a problem. Fringe scientists are the cause of many paradigm shifts in science. But, the piece also doesn't reference any research.

More importantly though, Pattee doesn't seem to understand basic terminology and theory in psychology or related topics. She misuses the term "acute" and confuses anxiety and panic. She fails to recognize the connection between both of these feelings and the "thinking brain." Additionally, she describes anxiety (panic really) as being harmful, and while it can be, it doesn't have to be.

Furthermore, and perhaps worst of all, she gives literal advice telling people not to get therapy. It is inappropriate to give advice without being a qualified psychologist. Even then, as complete as possible a complete profile of the patient is needed. Therapy isn't perfect, and it won't help everyone, but the science indicates that it does help, and a therapist can offer other suggestions beyond traditional therapy.

It's sad that this article was published in Elemental, on Medium. While I'm not a fan of significant editorial review, in general, an article which promotes dangerous medical advice is already problematic. Worse yet is the objective of Elemental.

Elemental is Medium’s home for science-backed health and wellness coverage. Every day, you will find new ambitious and trustworthy reporting on the many ways to live a healthy life. Elemental is specifically looking for reported pieces, expert insights and explainers, and science-backed personal essays.

A final pet peeve is Pattee's abuse of the myth of the stupid Neanderthal. Neanderthals were not stupid. They had a "thinking brain." It is very likely that they had verbal language or at least a reasonable form of communication, built friendships, consoled each other, and so on. Additionally, Neanderthals are not exactly out direct ancestors either, but rather are closer to our cousins (there was some interbreeding between the two populations however). I won't go into detail on this issue. While evolutionary history is important in understanding modern psychology, there are a lot of sources available to learn about Neanderthals.

If you want to read Pattee's original article, you can do so here.

When writing this article, I had to constantly make sure that I was writing the correct word for the correct condition. Anxiety and panic are just that easily to confuse with one another. Panic is a reaction to a current perceived threat, which does not actually exist. Meanwhile, as already mentioned, anxiety involves apprehension about the future. We've probably all experienced these feelings on occasion. The loud slam of a door, or a backfire could trigger panic.

Both anxiety and panic can involve memory. A lot of times past negative experiences lead to negative physiological responses. However, a panic attack can also be brought on by a purely physiological reaction. For instance, a person could be engaging in exercise and it could trigger a panic attack. With panic, there's a combination of memory and abstract thought. It's our ability to conceive futures that allows us to panic. For instance, one might panic about an upcoming test, or whether they'll be able to pay next month's bills.

Regardless of which one is being experienced, there are often benefits involved. Anxiety can keep us on guard about immediate threats. Panic can motivate us to make decisions that can make us safer or perform better. It doesn't matter that we live in an entirely different world than we did a hundred thousand years ago. There are still adaptive functions for these feelings.

The problem is that both anxiety and panic can become crippling, especially when there are physiological changes. When we become anxious or panicked, our blood pressure and heart rate can increase, we start breathing faster, adrenaline begins pumping through our bodies, and we are likely to engage in one of three behaviors: fight, flight, or freezing.

The interaction between our environment, or conscience awareness, memories, our physiology, and our behavior are a little complicated, so it's drawn out below.

Benefits and Limits of Therapy

When anxiety or panic becomes crippling, we need help. Therapy is very useful in dealing with both. There are many different forms of therapy that can be utilized. Cognitive behavioral therapy (CBT) is one form of psychological therapy that seeks to modify our cognitive reactions to stimulus.

As I described in the diagram, traumatic memories can interact with the current environment, leading to an attack. CBT can help alter how those memories impact our thoughts and reactions. It can also help reduce the risk of the condition becoming worse. What was difficult to include in the diagram is that the behaviors produced, and their consequences, can end up causing more traumatic memories, creating more negative consequences in the future.

Limiting the negative effects of traumatic memories and breaking the cycle is important, but does CBT work? It depends on the specific issue, but detailed analysis of the available literature indicates that it does seem to work, even if not in all instances, though even with the body of research that exists, more work needs to be done (Hoffman et al. 2012).

Going to a therapy can also lead to other realizations. Sometimes there are biological underpinnings to these issues. Indeed, there are times where a person may go to a therapist for a mental health issue and the core issue is actually biological and needs to be treated medically. That's why a good therapist will consider a person's entire health profile, not just their psychological profile.

That being said, there are limits to what therapists and medicine can do, and recovery rates aren't great for some disorders. That's why I like to think of the old motto, "defense is a good offense." And in the case of health (including mental health), preventative care is defense. I'm a major proponent of self-care, in whatever form it might take. Since mental health is a combination of biology, psychology, and environmental factors, trying to be physically healthier, and adjust the environment to be healthier, also are good options.

Still, going to a therapist can be a good idea. People shouldn't be opposed to therapy. They shouldn't even be opposed to going to a psychologist for a regular checkup. We understand the importance of going to a doctor for a regular physical. Why is getting a checkup for our mental health any less important? Just because we don't have a disorder, doesn't mean that we're healthy. And since therapy isn't perfect and cannot always treat disorders, we want to catch a problem as early as possible. There are a number of symptoms that suggest the need for a mental health checkup. Grouchiness, sleeplessness, difficulty being with others, changes in diet, and an inability to relax can all be signs that our mental health is in decline (WebMD).

It's important to have a proper understanding of psychology and mental health in order to write these kinds of articles. Luckily, there are a number of resources available. The DSM is a decent source. It includes a lot of definitional information, including the difference between anxiety, fear, and panic. But it's very technical and it isn't free. Luckily, there are resources like NOBA, an open and free teaching and learning tool for psychology, developed by respected psychologists and other experts in the field. It even includes a whole section on anxiety related disorders.

Finally, scientists and science communicators aren't the only people who need to have at least a basic understanding of mental health, as well as general health and wellness. I've been working on a program as part of the World Builder initiative to improve peoples' understanding of public health issues.

Promote Health is an initiative that I've been working on that will help improve public health in general, and includes a goal of giving people a stipend, simply for learning about mental health awareness, first aid, and other related skills, and helping others do the same.