by Daniel Goldman 2 years ago in humanity
Report Story

We need to stop beating ourselves up over doing nice things for ourselves. 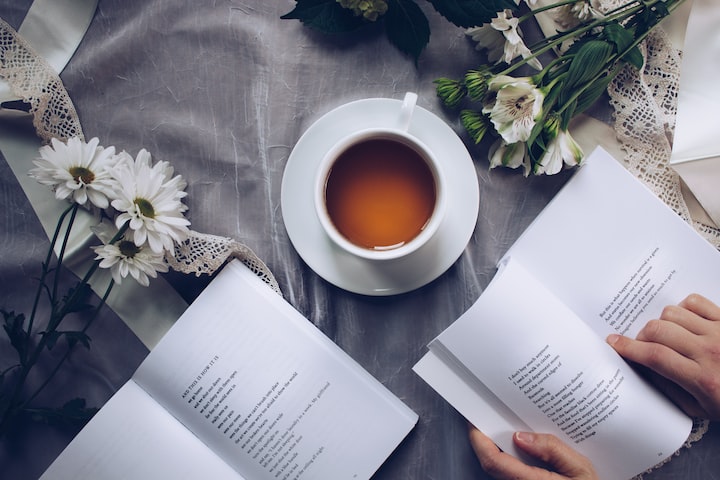 In this article, I want to spend some time talking about self-care: the process of working to maintain our health, in all forms, including physical, mental, emotional, social, environmental, and spiritual health.

Because this topic is so important, I'll try to be as personal and open as possible. However, when we engage in self-care, we can end up actually feeling worse, because we feel guilty. We might feel guilty about not being productive enough. Or we might feel guilty that we're spending too much money.

I should say here that self-care is not a replacement for therapy. If therapy is needed, then a person should absolutely go to a therapist. However, prevention is just as important as treatment. If we don't engage in self-care, we might end up needing a therapist, when we otherwise might not need one.

One problem with recognizing and accepting self-care is that self-care is very personal. What works for one person might not work for another. What is just entertainment to one person may be a life-safer to another person.

I think there are some basics. Eating healthy meals, getting enough sleep, exercising, etc are all core elements of self-care. But it's more than that. Self-care might be a day relaxing with a book. It might be playing a video game. It could be going to the spa or going to a yoga studio. The further away self-care is from generally accepted health treatments, the more difficult it is to understand them. As a result, self-care may be seen as a person being lazy or selfish, when really they are engaging in behavior that is necessary for their health.

I think I can use myself as a fairly good example of how self-care might seen like a person is just indulging. And admittedly, indulgence can indeed be a form of self-care, and that's fine. We can spend hundreds, if not thousands of dollars on therapy, and nobody would say that we're indulging. But if we dare to spend that money to prevent breaking down, suddenly we're just selfish. And that's not right.

For the most part, my self-care focuses around food. I really like quality food. I like exploring new foods. I don't just like high end foods, but I do like most foods that are currently seen as luxuries.

I like sushi, it's easy to make and eat, and for me at least, it's easier on my stomach than a lot of foods. I also do like wagyu, caviar, and other luxury food items. It's not that I like them because they're expensive. They're just good.

I also like using these ingredients and coming up with fun meals. I enjoy showing off those meals and sharing my experiences with others. That's why I wrote an entire article on caviar, sea urchin, and other ingredients.

These foods are beautiful to look at. It's a clear treat. And indulging in them makes me happy. Sure, I like junk food like taco bell, and I wouldn't say that I have snobbish tastes. Again, it's not the price of the food that matters. It's the quality. And unlike with taco bell and a lot of other foods, I can eat these foods without feeling sick. Isn't that enough of a reason to indulge?

Explaining Self-Care to Others

As I already mentioned, it can be really difficult to explain the importance of self-care to other people, especially when the means is fairly atypical or expensive. It's a problem because criticism from others, and lack of acceptance, can lead to a feeling of guilt, which defeats the purpose of engaging in self-care in the first place.

It's probably best to start young. We need to teach the next generation that it's okay to engage in self-care. It's okay to enjoy our hobbies and do things that we like and which help us feel better. It is not laziness. I can't stress this enough.

Unfortunately self-care is hard to maintain, and not just because of the stigma against it. Self-care often requires setting aside significant amounts of time.

Americans especially work long hours. A 40 hour work week is normal. And many people take on second jobs just to make ends meet. Some people may think that modern luxuries have freed us to work fewer hours than our early human counterparts. After all, we have it easy compared to those who had to spend their days hunting and foraging for foods, right? Oddly, the opposite seems to be the case.

Recent shifts away from hunter-gatherer lifestyle, towards agrarian lifestyle, in the Philippines, has given us some insight into the matter. According to the research conducted, foraging lifestyles can be maintained with a mere 20 hours a week worth of work, and at least for the Agta in the Philippines, households work nearly twice as many hours once they shifted towards an agrarian lifestyle (Science Daily).

The other main barrier is money, which relates directly to our lack of time. Self-care doesn't necessarily cost a lot of money, but it can. It's important to balance how much we spend on ourselves and making sure that we can pay bills. But that's not always possible. To really make self-care a normal practice, we will need to help people become more financially stable.
Personally, the difficulty balancing how much I spend on food and other related items, with my bills, is a major source of guilt. And it shouldn't have to be. Sure, it self-care doesn't mean that we can just buy whatever we want whenever we want it, but again, it can be expensive. But that should be fine, if it helps.

I am not a healthcare professional. I am not a clinical psychologist. These thoughts are just my view on the matter. I think everyone should seek professional guidance if they can. I also think that even if a person is engaging in self-care, it can be useful to talk to a therapist or counselor, just as a checkup, just like one would go to a physician for a checkup. Professional guidance is not something to avoid, if we can access it.