Setting the Mood to Meditate

by Daniel Goldman 12 days ago in meditation

The tunes I listen to when I meditate. Should you listen to them too? Maybe. 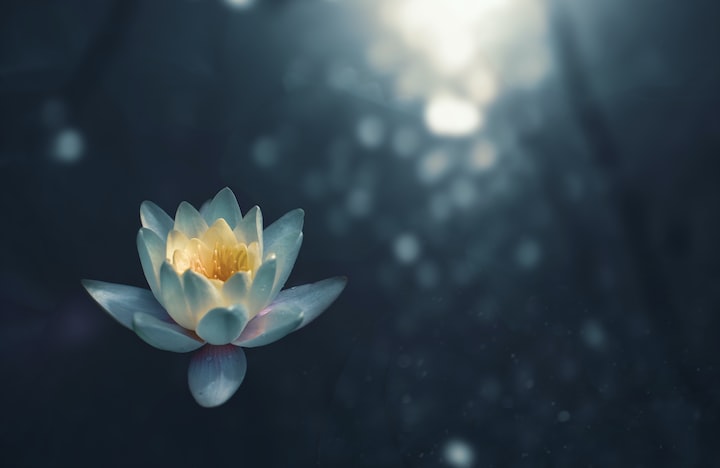 I studied meditation and mindfulness practices while working towards my Yoga Alliance teacher certification. Meditation is an interestingly practice, because it's the practice of focusing on nothing. The goal of meditation is complete mental calm. But it's not an easy thing to obtain. The moment we think we've obtained this mental peace, we've lost it, because we've thought about it!

One issue with meditating is that people try too hard. They try to force it. They try to convince themselves that they are doing meditation. But meditation is a practice. Our thoughts are like a river, constantly trying to sweep us away. Meditation doesn't halt the river. Instead, with meditation, the water simply passes around us, without influence.

There are a lot of ways to help one meditate. Some people listen to music. Usually it's calming music, and that makes sense, but it doesn't have to be. A person shouldn't be limited to thinking that calming and peaceful music is necessary.

A common element in Buddhist and Hindu chants is "ॐ." Britannica describes "om" as having three syllables: a-u-m (Britannica). However, that analysis isn't quite right, at least spiritually. Within the spiritual practice, om is considered to have four syllables, the three already described, and the silence that follows it.

One of the most popular chants involving "om" is "Om Namah Shivaya," which is a chant to the Hindu god Shiva. I remember one point in my education very well. My sister and I went to an Ashram as part of the teacher training. Part of the experience included a call and response chant centered on this mantra.

While not the exact same version, this video shows just how powerful it can be.

There was something quite powerful about being in a room full of people singing this chant. It filled the room until almost everything else disappeared. And I'm not attributing any kind of divine element to this mantra. It doesn't have to be a chant or mantra. It doesn't have to be calm and peaceful. I've seen my nephew have these same kinds of experiences at concerts. Peaceful music can help a lot, but the real goal is to find what works for you.

I very much enjoy listening to traditional mantras. I also like Gregorian chants, which have a similar kind of feel, and I've been listening to them for many years.

However, sometimes my mood and these songs don't match, and rather than reducing the friction between my mind and my thoughts, they increase it. I found myself in this kind of situation during the start of lockdowns. I just couldn't detach myself from my thoughts, so I needed something a little more dramatic.

The song "Keep Hauling" by Fisherman's Friends really helped a lot. It allowed me to get into a mindset where I could start my practice again. And that really is the main issue here. Music can help us practice meditating, but we have to be in a state where we are able to begin that practice.

Unfortunately, lyrics can make it difficult to meditate. We focus on the words and think about them. Therefore we are tied to our thoughts. Purely instrumental music is one solution, but another solution is to simply listen to music that we can't understand anyway. That's one reason why I like listening to Seo Linn's version of Óró Sé do Bheatha Abhaile.

At the end of the day, there is no right or wrong music or type of music to listen to while we practice meditating. The practice is totally personal. Whether a person listens to peaceful sounds of rainfall, heavy metal, something in their native language or something they can't understand at all, or if they simply sit in silence is entirely up to them. If nothing else, I hope it is this point that my readers take to heart after reading this article.