by Skunk Uzeki about a year ago in recipe

No, it's not just broth and noodles. These ways to make ramen will make you rethink what you know about soup.

If you've ever lived the broke life of a college student, then you already know about the magic that is ramen. Ramen noodles, most often in the form of Top Maruchan packets, are the corrugated cardboard college students eat when they can no longer afford food at the end of the semester.

Having been broke, I've eaten enough of these sodium-packed things to get sick of the sight of them. Not to mention, instant ramen is pretty bad for you. That being said, they can be pretty decent as long as they don't get prepared the same way over and over again.

Back in Japan, where ramen was first invented, it was designed to be a full meal with broth, meat, veggies, and more. If you're too broke for a homemade ramen recipe, you can still make yourself a delicious and nutritious meal—as long as you know how to go beyond the instructions on the box.

Speaking as a ramen enthusiast, here are some of the best ways to create a delicious meal with ramen and not much else.

Drop in some meat. 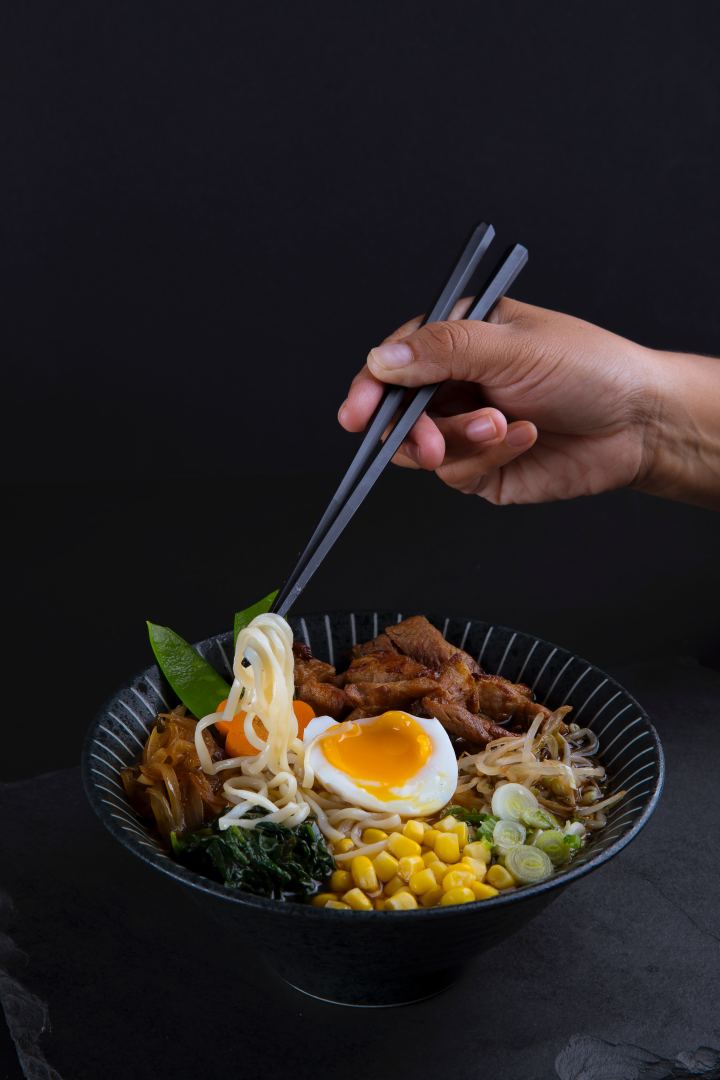 Photo by Miguel Maldonado on Unsplash

One of the easiest ways to make ramen a more balanced meal is to drop in a little meat while the soup's cooking. This is, incidentally, also the most traditional way to make ramen soup into a full meal.

Personally, I enjoy tossing in some shrimp, beef, or chicken into my soup. Shrimp works well with spicier flavors, while beef tends to go well with savory flavors like chicken. Just make sure you give your meat time to cook in the broth, and you're good to go.

How diced green onions aren't included in those ramen packets is beyond me. Green onion works wonders with just about every soup flavor, and adds a nice little kick of texture.

Many people will actually add entire sprigs of green onion as both a soup ingredient and a garnish. I can't blame them, it's a great way to add a little bit of sweetness to your savory soup.

Sriracha sauce has become the de facto way to add a little Asian heat to just about any dish. Sushi, for example, has a spicy mayo that's part regular mayonnaise and part sushi. Sriracha has also been used to add some flavor to dried edamame, as well as a variety of different platters.

Ramen is no exception. For fans who love a nice burn, this is one of the greatest ways to make ramen taste better and become more appealing.

Ditch the broth and use the seasoning directly on the noodles.

Are you sick and tired of seeing soup for dinner? We don't blame you. There's only so many ways to make ramen before you start twitching at the sight of broth, you know. Thankfully, there's more than one way to serve up ramen.

Try to switch things up by boiling the ramen in water, then drain the noodles. Top the noodles with the seasoning packet, and enjoy the added flavor.

Note: This is a really good way to make a lo mein base, so if you want to fry up the noodles with a scrambled egg, veggies, and soy sauce, by all means, do!

Swap the flavor packet for miso soup base and add tofu. 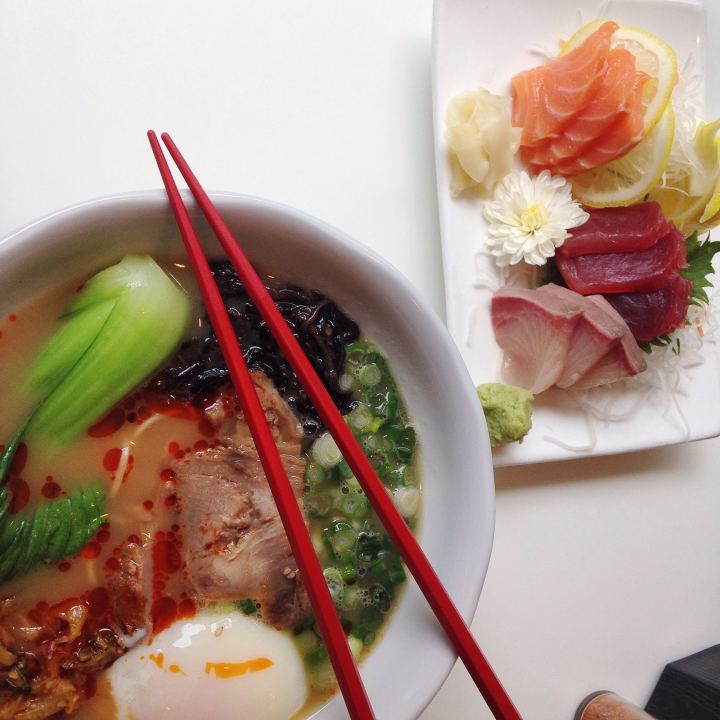 Photo by Lizette Carrasco on Unsplash

Are you getting the urge for a more miso-like flavor? Most grocery stores don't carry a miso flavor on their shelves, but they do carry miso soup packets. To upgrade your ramen, just swap the flavor packet for a miso soup packet.

Then, chop up some firm tofu and drop it in the soup as it cooks. You'll be surprised at how authentic it will taste—and how satisfying it can be on a cold winter night.

Fry up tofu and add it in.

Tofu doesn't have to be spongy and uncooked to be a good addition to a ramen soup bowl. If you have the time (and patience) to fry tofu, then one of the best ways to add some satisfying texture to your soup is to drop in your favorite fried tofu.

Personally, I suggest doing this as a meat substitute if you're trying to do a Meat-Free Monday challenge. 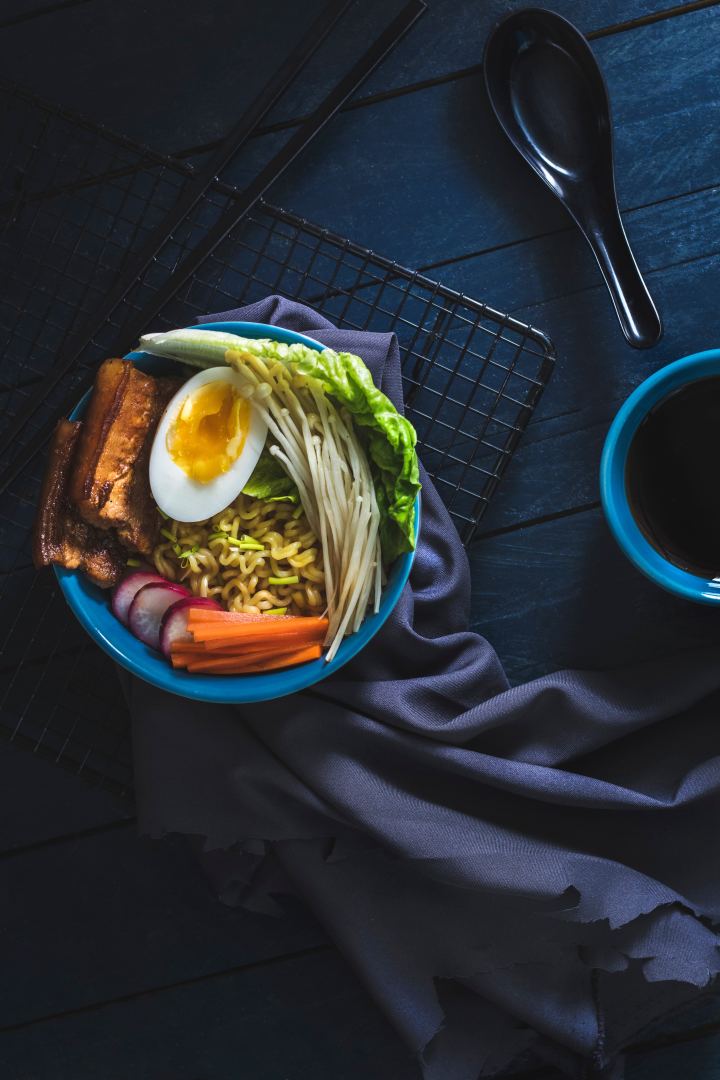 Photo by Eiliv-Sonas Aceron on Unsplash

Ramen soup can be a great way to pack in a ton of nutrition into a tiny bowl. One of the best ways to make ramen more nutritious is to add vegetables to it while you're preparing it.

Some of the best vegetables to add into your soup include shredded carrots, bok choy, snow peas, sliced mushrooms, and diced red onion. Eating your vegetables has never tasted better.

Fry up ginger, garlic, and scallions before you make the soup, then add them in.

Do you love the spicy, savory, sweet mix of onion and ginger? It's a classic Asian flavor profile that has managed to capture the hearts (and tastebuds) of many people.

This trio of spices add a serious kick of flavor, not to mention some seriously good-for-you antioxidants. It's a great way to turn a regular ramen flavor into something absolutely delightful.

Sure, regular watery broth is great, but once in a while, you want something more substantial. For days when you want a richer, creamier version of ramen, nothing quite works better than adding a little coconut milk to your broth.

The soup's flavor mellows out, tastes less salty, and also turns into a more decadent treat. If you really want to kick it up a notch, add a little curry and chili for a tasty curry noodle treat.

Drop an egg in.

Do you love egg drop soup? Who doesn't? One of the easiest ways to make ramen into egg drop soup is to bring broth to a boil. In a separate bowl, crack open an egg and stir it up. Then, drizzle the egg into the boiling broth while you stir it.

Once egg "flowers" are made, add the noodles, and serve it up as you normally would.