The Handshake Versus the Fist

by Marco den Ouden 6 months ago in politics

Are taxes the price we pay for civilization? 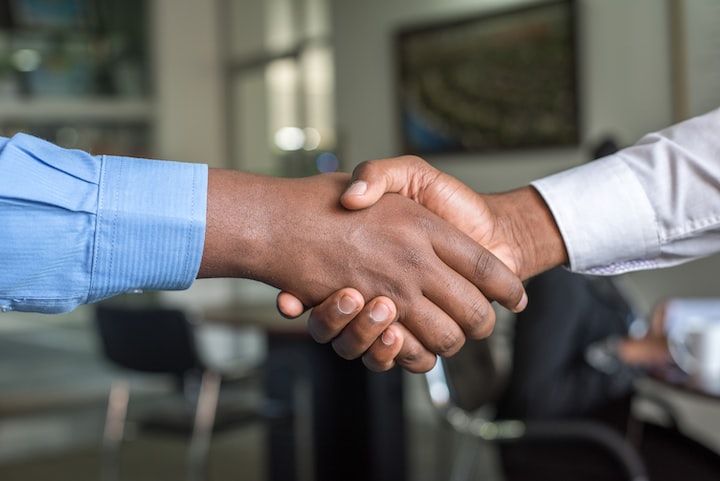 Photo by Cytonn Photography on Unsplash

In 1978, two gentlemen from Ontario, Rick Bolstler and Mike Little, quit their well-paying jobs to move to British Columbia and start the libertarian movement in that province.

Rick and Mike launched the Libertarian Foundation, specifically designed to spread the libertarian message to the general public. They did the talk show circuit and before long had attracted a cadre of supporters and volunteers that remains active to this day. They also launched one of the first taxpayers advocacy groups in Canada, Human Action to Limit Taxes or HALT, the name inspired by Ludwig von Mises classic treatise on economics, Human Action.

One of the earliest recruits was a fellow named Bill Buckler Jr.. Bill, Rick and Mike would speak at public meetings and private homes delivering the message.

A lot of speechifying went by during those halcyon years of 1978 to 1982. But only one specifically sticks in my memory. At a HALT meeting, Bill Buckler gave a speech based on the slogan emblazoned above the doors of the US Internal Revenue Service. A quote from jurist Oliver Wendell Holmes Jr. that "taxes are the price we pay for a civilized society".

The thrust of Bill's speech was that government is force and so is taxation. In the words of P.J. O'Rourke, "all tax revenue is the result of holding a gun to somebody's head. Not paying taxes is against the law. If you don't pay your taxes, you'll be fined. If you don't pay the fine, you'll be jailed. If you try to escape from jail, you'll be shot. Thus I - in my role as citizen and voter - am going to shoot you - in your role as taxpayer and ripe suck - if you don't pay your share of the national tab. Therefore, every time the government spends money on anything, you have to ask yourself, 'Would I kill my kindly, gray-haired mother for this?'" (Parliament of Whores page 100)

That was an important point in itself, but then Bill came up with a symbolic representation of the difference between libertarianism and statism that impressed me no end and remains one of the most powerful analogies I have seen.

Force, he said, can be represented by the fist. Pony up or we'll punch your lights out. You have to pay taxes or else. Do what we want or we'll beat up on you. But do we want a society based on the principle of the fist? Can a society truly be called civilized if it is based on the fist, Oliver Wendell Holmes notwithstanding?

Far better, said Bill, to opt for the way of friendship, good will and peaceful cooperation. Far better to adopt the handshake as our principle.

Which do you choose? Civilization or violence? The handshake or the fist?

Later, financial newsletter writer Mark Skousen turned Holmes statement on its head. "Taxation is the price we pay for failing to build a civilized society," he wrote. "The higher the tax level, the greater the failure. A centrally planned totalitarian state represents a complete defeat for the civilized world, while a totally voluntary society represents its ultimate success."

All too often in libertarian circles I see angry rhetoric. I see defiance against the intrusions of the state. Popular symbols are the broken chain, or the revolutionary war era Gadsden flag - a coiled rattlesnake ready to strike with the ominous words, "Don't Tread on Me!"

Many libertarians like to be seen as rebels, as individuals who refuse to be cowed by the oppressive state.

This does not mean that every man acts rationally all the time, but that his defining characteristic is reason. And so she based her ethics and her politics on the needs of the rational man. She argued that in order for a man to use his rational faculty, he had to be free from coercion. The mind cannot be coerced. It must be free.

Politically she identified this with the idea that no person or group of people should initiate the use of force against other individuals or groups. The only proper use of force is self-defense or retaliation against those who have initiated its use.

She was an advocate of the handshake over the fist.

Consider the peace movement. It is a large and vibrant movement that opposes war. It is a movement libertarians wholeheartedly embrace. It opposes bloodshed and the horror of violence between states. And truly, as I have pointed out on my blog, no one holds a candle to governments when it comes to violence on a massive scale.

A number of years ago the Conservative government under Prime Minister Stephen Harper made the long-form census voluntary. One of my friends posted on Facebook in support of re-instituting the mandatory long form census. There was even an online petition asking the government to re-impose it. I don't understand this way of thinking. And I replied to the post saying, "Symbolically, voluntary interactions are represented by the handshake. Good will. Peaceful cooperation. Compulsion and coercion are represented by the fist. I choose the handshake over the fist. Can some of you supporters of a mandatory long form census explain why you feel the need to use the fist?"

Because, make no mistake about it, libertarians have the moral high ground. Libertarianism is a philosophy of reason, of peace, of voluntary interactions, of honoring our neighbour's choices.

I leave you with this quote from Dr. Mary Ruwart, author of Healing Our World, who, in my opinion, is the best exponent of the idea of honoring one's neighbour's choices, of using the handshake instead of the fist.

"Taxation appears to be more than theft: it is intolerance for the preferences and even the moral viewpoints of our neighbours. Through taxation we forcibly impose our will on others in an attempt to control their choices." - Healing Our World: The Other Piece of the Puzzle page 13.

Note: If you like this essay, do click the heart symbol. This website pays its writers per page view and your reading this has earned me six tenth of a cent. If you'd like to leave an additional tip, that would be appreciated.

If you would like to read more of my philosophical and/or political articles, check out the following:

More stories from Marco den Ouden and writers in The Swamp and other communities.