by Marco den Ouden 7 days ago in Historical

Harris's alternate history is both fascinating and inspiring 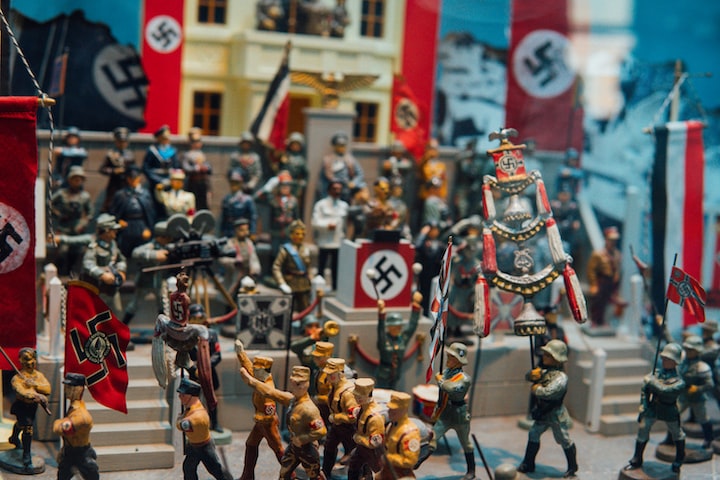 "What do you do," he said, "if you devote your life to discovering criminals, and it gradually occurs to you that the real criminals are the people you work for? What do you do when everyone tells you not to worry, you can't do anything about it, it was a long time ago?"

She was looking at him in a different way. "I suppose you go crazy."

I only came across Robert Harris last year when a Facebook friend recommended his novel Imperium, the first book in a trilogy about the life of Cicero. That was a terrific read but search as I might, I couldn't find the second book in the trilogy. Come the new year I tried again and it was finally available at Amazon, so I snapped it up as well as the final book. I also decided to take a look at Harris's first novel, Fatherland.

Wow! That sums up Fatherland in a word. It is a powerful and dynamic novel, a first rate thriller, and also a unique look at history.

Harris started his career as a journalist with the BBC. He joined The Observer as political editor in 1987. He was a columnist for the Sunday Times and the Daily Telegraph and had churned out five non-fiction books before trying his hand at fiction.

Fatherland was originally going to be a non-fiction One of his non-fiction books had been Selling Hitler, an account of the forged Hitler diaries. As he explains in the introduction to the 20th anniversary edition of Fatherland, his research for that book "included Hitler's Table Talk, the Fuhrer's droning monologues, recorded in 1941 and 1942, outlining his plans for the world after the Wehrmacht had won the war." Hitler's grandiose vision, he thought, would make a "wonderful subject for a non-fiction book." He would use the "actual maps and architectural models that had been produced by the planners in Berlin."

But the project raised a lot of questions. Hitler's plans called for settlement by Germans of the conquered eastern lands.

"Would ordinary Germans actually have wanted to live in these ghastly colonial settlements as bit-players in their Fuhrer's fervid, megalomaniacal production? And what about the extermination of the Jews? How did Hitler plan to explain the disappearance of six - or, if the whole of Europe had been conquered, ten - million people?" (xii in the Introduction)

This led to a lot of "what if" questions in Harris's mind, including the possibility of a "cold war" between the United States and Germany instead of the U.S. and Russia. What if some "future US president... pursue(d) a policy of détente with Berlin?" Would they gloss over Nazi atrocities like Nixon's détente with China glossed over Chinese atrocities? Would the German empire collapse eventually like the Soviet empire did?

Harris came to realize that to explore these ideas he "would have to create imaginary characters living in a victorious Third Reich, and devise a story that somehow would take the reader on a journey through that society." (xiii) He found that "fiction was the only tool available to tackle what I wanted to do."

He decided the best way to approach it would be as a police procedural, "having an honest policeman working for a criminal regime: a detective investigating a single death in a society founded on the greatest act of mass-murder in history." (xiii)

It was a revolutionary experience for Harris. Now he "could imagine literally anything" and he "felt as if a whole powerful section of my mind was switching on for the first time." (xiv) He started on the book in 1989 and worked on it for a couple of weeks and gave up in frustration.

In 1991 he tried again and this time he "did what I should have done in the first place: I tried to imagine the story right through to the end. A novel, I suddenly perceived, is essentially a recounting of something that has already happened: it is not a game of consequences in which one can simply make it up as one goes along." (xv)

The result is a magnificent novel. This is not pulp fiction. This is a novel that should endure the test of time and go down as a classic piece of literature. It explores timeless themes of the search for truth, intellectual independence, courage, betrayal, and the power of love.

Xavier March was a detective with the Kriminalpolizei or Kripo before the war. During the war he joined the U-boat service. After the war he returned to his job as a criminal investigator, but the Kripo was made a subsidiary of the SS. March was given the rank of Sturmbannfuhrer. But he was never a dedicated Nazi. He declined to join the party. He cracked jokes about officialdom. And he tackled his job with an independent mind.

On April 14, 1964, he is thrown into the investigation of the death of an elderly man whose body had been found floating in the Havel River. It is six days until the Fuhrertag, Hitler's 75th birthday. The American President Kennedy is scheduled for the first official visit to Germany by an American President since the end of the war. This is not John Kennedy, but Joseph Kennedy, appeaser, anti-Semite and Nazi sympathizer. He and Hitler are to discuss a rapprochement between the two countries.

The Jewish question is no longer a question. The Jews, as far as the world knows, have been deported out of Germany. Where? No one knows and no one cares. The death camps have been dismantled and all traces of the Holocaust have been destroyed.

March's investigation leads him to discover the dead man was a high ranking Nazi. Further investigation ties him to another high-ranking Nazi who has also died mysteriously. And a third associate has gone missing. All three were attendees at the Wannsee conference where the Holocaust was planned. The details of that conference, of course, are classified and not available to anyone. They have been consigned to an Orwellian memory hole.

I don't want to go into the plot in great detail. Suffice to say that March faces a lot of obfuscation and subterfuge in his investigation. He partners with Charlotte Maguire, the female American journalist who happens to have discovered the body of the other dead Nazi. Together they set off to unravel the mysterious deaths and the whereabouts of the missing man. Even though the Gestapo have taken over the case, March persists.

A side story is that of March and his estranged wife and son. The son, Pili, is a member of the Pimpf, the Nazi youth group for those too young to join the Hitler Youth. The wife has taken up with a Nazi bureaucrat and the son despises his father. An outing with the boy on a day when he has visitation rights ends in an argument.

"It was such an odd word to hear on the lips of a ten year old, and so carefully pronounced, that March almost laughed out loud. An asocial: one step down from a traitor in the Party's lexicon of crime. A non-contributor to Winter Relief. A non-joiner of the endless National Socialist associations.

"Erich Helfferich. A zealot of the worst kind. Helfferich had started seeing Klara a year ago.

"'He says you don't give the Fuhrer salute and you make jokes about the Party.'

"'He says there's a file on you at Party Headquarters and it's only a matter of time before you're picked up.' The boy was almost in tears with the shame of it." (pages 40-41 shortened a bit)

March finds Maguire to be a feisty and independent woman, something he is not used to but to which he is drawn. Their investigation leads to a numbered deposit box in a Swiss bank, stolen art work, and a conspiracy led by no other than Reinhard Heydrich, head of the SS, who survived the assassination attempt that killed him in actual history. Heydrich, architect of the Holocaust.

March and Maguire fall in love and their association becomes both a fight for truth and a fight for their lives. The last 200 pages move at a lightning pace with twists and turns at every step of the way.

While Harris sets out to capture what a society under Nazi rule would be like, and he does achieve this, that is more setting and background for the story and not the primary interest. March and Maguire are characters you grow to care about deeply. March's quest for truth, his dogged determination, his cleverness and courage, and his passionate love for Maguire make the story. Maguire's sassy and very American persona are a perfect foil for March. She challenges him and contributes her own insights into the investigation. She is also courageous, clever, and determined to find the truth.

"How odd it is, thought March afterwards, to live your life in ignorance of the past, of your world, yourself. Yet how easy to do it! You went along from day to day, down paths other people had prepared for you, never raising your head - enfolded in their logic, from swaddling clothes to shroud. It was a kind of fear.

"Well, goodbye to that. And good to leave it behind - whatever happened now." (page 282 - italics in original. This passage occurs just as he's realized he is in love with Maguire.)

In some ways, the novel reminded me of Ayn Rand's We the Living. In that novel, Rand showed the sordidness of life under Soviet rule. Harris does the same with his depiction of life under fascism. There is the same fear, the same emptiness, the same hollowed out society, the same sense of hatred and demagoguery, the same conformity.

There are vague similarities in the story arc as well, particularly in the love story between March and Maguire. March is a bit like Andrei Taganov, an honest man in a corrupt system. I give away too much if I say more.

Suffice to say this is one hell of a book, a great read, an inspirational read. It is cleverly constructed and well-written. It is at once a thinking man's book, a philosophical book and a page-turner of a thriller.

I loved Harris's Imperium. I love this one even more.

If you liked this book review, consider clicking the heart logo.