Propaganda and the Political Cartoon

by Marco den Ouden about a month ago in pop culture

The power of the cartoonist's art 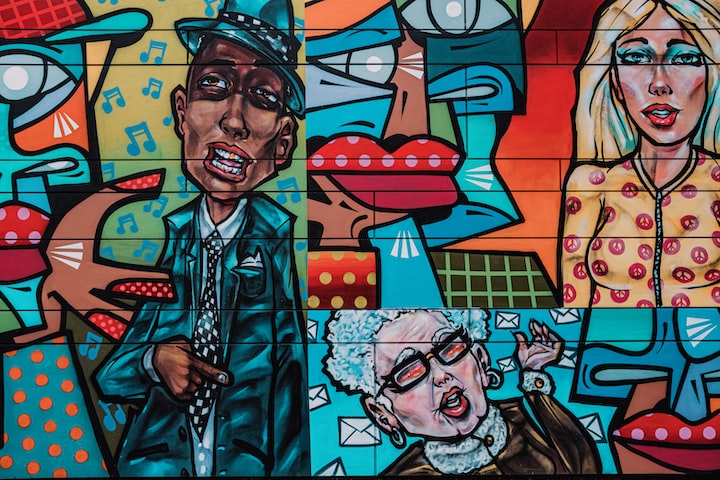 A good case can be made that the political cartoon, by its very nature, is a form of propaganda. This is not necessarily a bad thing, though propaganda as generally understood has negative connotations. René Welleck in his Theory of Literature argues that

Jerry Zazlove asks the question, “Can there be both ‘positive’ propaganda and ‘negative’ propaganda?” He cites Harold Laswell to the effect that propaganda can be viewed neutrally: Propaganda “in the broadest sense… (is) the technique of influencing human action by the manipulation of representations” in different media. He argues that even such a seemingly benign philosophy as humanism indulges in propaganda.

Jonathan Swift was a master of this technique, using humor and wit to skewer some of the prevailing ideas of his age. Consider his Gulliver’s Travels or A Modest Proposal. The great Canadian humorist Stephen Leacock lampooned the upper classes in Arcadian Adventures With the Idle Rich. It’s interesting to note that these two masters were humorists. So too is the political cartoonist. Humor is his stock in trade but his target is inevitably the cultural mores of the time or throwing a light on some of the absurdities of political figures of the day. So let us examine three separate political cartoons in some detail.

The political cartoon is most often seen as propaganda during wartime or during similar periods of insurrection and violence. These events generate heated emotions. As Mark Bryant points out in History Today:

During World War I, the Netherlands was one of only nine countries in the world that managed to remain neutral during the war. The Scandinavian states of Denmark, Norway and Sweden, as well as Switzerland, were also neutral. Despite his government’s neutrality, Dutch cartoonist Louis Raemaeker made no secret of where his sympathies lay. Bryant notes that the Dutch cartoonist “was so provocative” with his cartoons portraying the Central Powers during World War I

Below is his depiction of the murder of nurse Edith Cavell.

Along with the caption is this description: “Note that the pigs around her corpse not only wear pickelhaube helmets but the one in the foreground even has an Iron Cross pinned to its tail.” Bryant quotes Raemaeker on his work:

Acquitted of the charges layed on him by the Dutch government, Raemaekers emigrated to England to circumvent the Kaiser’s threat of assassination and in 1917 to the United States. His cartoons were widely published across Europe and Sir Harry Perry Robinson, the war correspondent for The Times, “held that he was one of the six great men - including statesmen and military commanders - whose effort and influence were most decisive during the First World War.” (61)

In America he worked for the Hearst papers and President Theodore Roosevelt himself wrote the forward to a collection of his cartoons published as a book:

From the Great War let’s move to more modern times.

In the book he co-authored with Peter Desbarats on the history of Canadian political cartooning, Terry Mosher, the cartoonist known as Aislin, notes that

Mosher continues, noting that during the nineteenth century when French caricaturist Honoré Daumier was skewering the potentates of his day,

In his book, The Power and the People: Paths of Resistance in the Middle East, Charles Tripp echoes Mosher’s view, noting that visual art can “develop a new vernacular, an idiom that can give voice to the voiceless, representing and even giving reality to forms of collective experience and identity” (260).

On January 7, 2015, armed Islamist terrorists stormed the office of the Parisian satirical magazine Charlie Hebdo, killing twelve and wounding eleven more. The attack was revenge for cartoons the magazine published depicting the prophet Mohammed over the years. The magazine lampooned all religions but only the radical fringe of Islam took umbrage. In an article in Arab Studies Quarterly, Sadam Issa looks at the reaction to the Charlie Hebdo attack in Arab circles.

The article is remarkable because it is generally believed in the West that Muslims in general supported this murderous attack, a view that Issa refutes in his essay. The abstract looks at eleven cartoons from the Arabic press in the wake of the attack, none supporting it. The targets of the cartoons vary, but they all speak to power; as Mosher and Tripp pointed out, they give voices to the voiceless. The Arab Spring of the early 2010s was, in fact, an uprising of these voiceless people. Issa argues that “Studying how Arabic political cartoons, as a form of popular culture, depict political events such as the Charlie Hebdo incident provides a political and cultural alternative for interpreting these events.” (563)

Issa discusses the cartoons in considerable depth and points out their varied targets. These include:

This short overview will look at two of these cartoons. The first is by Ahmed Al Rahma and was published by Al-Jazeera Online. Issa explains the cartoon, which is in Arabic.

Issa continues with an interpretation of the cartoon. He refers to the Paris Solidarity Rally following the massacre in which many world leaders, including Arab leaders, expressed solidarity with the people of Paris and supported freedom of expression.

Issa goes on to show several cartoons that indicate the double standards of both Arab leaders and the international community commiserating with the victims of the Paris attack while turning a blind eye to the Palestinian and Syrian refugee crises. He shows a cartoon that compares the total non-response of Western states to the assassination of Arab cartoonist Naji Al-Ali in 1987. He shows a couple of cartoons pointing out that the only beneficiary of these attacks was Israel who used them to advantage to portray the Arab world as extremist and thus fostering Islamophobia. And he shows a couple of cartoons condemning terrorism and supporting freedom of speech. One of them is shown below.

Political cartoons are, sadly, often unappreciated for the serious journalism that they are. Mark Hampton writes in Journalism Studies that

But, as Mosher and Tripp have noted, they serve the citizen as a powerful tool to expose inequities and hypocrisies within the establishment. They are often sharp-witted with a cutting bite to them. As the Hajjaj cartoon suggests, freedom of speech will triumph over terrorism. And it will triumph over government efforts at suppression. As Edward Bulwer-Lytton famously put it, “The pen is mightier than the sword!”

Bulwer-Lytton, Edward, Richelieu, or the Conspiracy: A Play in Five Acts, London, 1839.

Roosevelt, Theodore, “The Genius of Raemaekers”, in Raemaekers History of the War (quoted in Bryant).

Rowson, Martin. 2010. ‘‘We, the Cartoonists, Are the True Outsiders of Journalism.’’ http://www.politicalcartoon.co.uk/history/we-the-cartoonists.html (quoted in Hampton).

Tripp, Charles, The Power and the People: Paths of Resistance in the Middle East, Cambridge University Press, 2013 (Quoted in Issa).

This essay was originally written for a university course and subsequently published on my political blog, The Jolly Libertarian.