Life and Death in Ocean Reef

by Marco den Ouden 17 days ago in grief 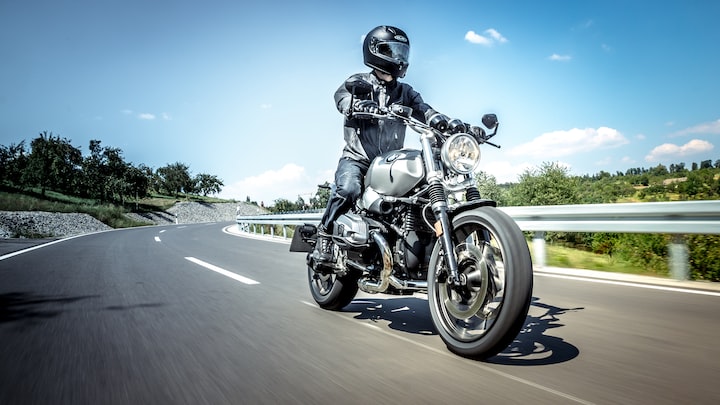 Photo by Gerhard Siebert on Unsplash

Today was our last full day visiting our daughter, her fiancé and our first grandchild. We've been here in Australia since July 9th. Our son joined us last week, making the family complete. We were set to leave tomorrow morning with many good memories and no bad ones. But sometimes fate intervenes.

This afternoon, our little family enjoyed a nice walk along Mullaloo Beach followed by a tasty lunch at the Mullaloo Beach Hotel. We sat out on the balcony which commands a panoramic view of the Indian Ocean. The weather was sunny and clear. It's actually the first day of Australian Spring here today.

After lunch we walked past two shiny motorcycles on our way to the pickup truck. I paused to admire them, one of them a powerful Harley, the other a very cool chopper with its front wheel extended a few feet. As we were getting in to the truck, I heard the motorcycle engines roar to life. I looked back to see two guys revving the engines as they prepared to leave.

We passed them as we departed and headed left onto Oceanside Promenade. I commented to my son about the cool bikes and mentioned a brochure I had picked up at the Fremantle Markets recently promoting "old school adventure motorcycling". The company, Never mind Adventure, offers motorcycle excursions of India and the Himalayas. Groups are limited to ten. For $5100 and up you can have the adventure of a lifetime driving a Royal Enfield Bullet motorcycle to such exotic places as Jodhpur, Rajasthan and Kashmir.

We were a kilometer or so from Mullaloo Beach when one of the two motorcycles passed us at high speed. It slowed down behind a few cars ahead as we continued. Soon the second motorcycle, the chopper, also passed us, also at a very high rate of speed. The two bikers gave each other a cocky thumbs up as they rode parallel to each other ahead of us.

At the junction with Ocean Reef Road, the chopper headed right and the Harley headed left. We followed. Three cars were bunched together a short distance ahead. The Harley gunned it and passed all three at very high speed. "That crazy guy!" my son said. "He's gonna kill himself."

A few seconds later we saw the bike lose control as it hit a curb and leaped ten feet into the air. The bike had been approaching the roundabout at Swanson Drive going way too fast. Maybe the rider was distracted and didn't see the curve in the road. The cars ahead of us stopped and we pulled over as well. My son and I leaped out to see if we could help the guy. My daughter called the Australian equivalent of 911.

His bike landed right in the roundabout. The rider had dislodged and landed smack on his face on an island on the nearside across from the roundabout. He wasn't moving. His head lay at the edge of the curb, A lot of blood had dribbled from his mouth and pooled on the ground. My son and two women who were trained in first aid checked for signs of life. Someone brought out a blanket and covered him to keep him warm. They rolled him to his side in what is known as the recovery position and checked his vitals. There were none.

They then rolled him onto his back, removed his helmet and started CPR. My son held his head steady as one of the women cleared his airway. He had swallowed his tongue. His eyes were open and vacant. The other woman started chest compressions while someone ran to get a mouth cover. After thirty compressions, air was breathed into his lungs and compressions begun again.

A police car arrived and a police woman took over CPR. An ambulance arrived and they took over, cutting away his shirt, continuing CPR and pushing two long needles into his chest to clear his lungs. They stabilized him as much as they could and bundled him onto a stretcher and into the ambulance.

Another ambulance arrived and several more police cars. As witnesses, we all gave statements. I spent about twenty minutes in a police car giving my statement to a senior officer who wrote everything down in longhand. Apparently they are not allowed to have laptops in their cars.

As I was giving my statement a young man and a crying woman walked past. The guy asked if it was Andrew (name changed to protect the privacy of his family). I had seen the driver's license and confirmed. Not sure if I should have in retrospect. The guy said the woman was Andrew's sister. The cop steered them to another cop who looked after them.

One of the ambulance guys had said he didn't expect him to survive, and while my daughter was giving her statement, heard that he had indeed died.

We all left the scene quite shaken. My son had Andrew's blood on his hands and clothes. He had washed the blood off his hands at the scene but took a shower when we got home. He asked his mom to wash his clothes. I was still stunned and took the dog for a walk.

I didn't know Andrew from Adam. I had never met him and this was my one and only encounter with him. He had a cool bike. He had the hubris of youth and believed he was invincible. He died a tragic death at 27.

The death of any human being diminishes us. To see someone meet sudden, violent death unexpectedly before your eyes rattles you to the bone.

We leave Australia with fond memories of family, of the birth of our first grandchild, of sight seeing, exotic places and exotic wildlife. Sadly, we will also remember Andrew. A brief candle snuffed out by the recklessness of youth.

Note: This is a true story that happened in Ocean Reef, not far from Perth, Australia. The date was Aug. 31, 2016. Here is a short account in the next day's newspaper. Man, 27, killed in Ocean Reef motorbike crash I was so shaken by the event that as soon as I got back from a long walk with the dog, I felt compelled to write about it.