by Ashleigh G 7 days ago in trauma 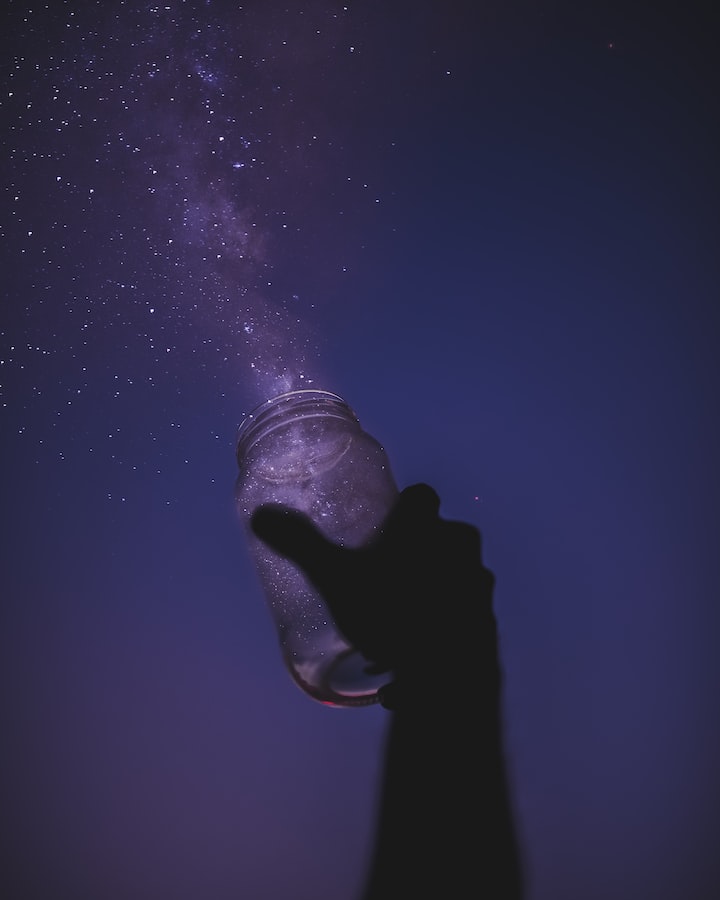 Standing up, she looks down and finds herself in a flimsy white dress. As her gaze goes forward, she knows where she is. She's at the driveway of Melanie's place.

Melanie. Her heart aches with the familiar loss. What used to be a beautiful, innocent kindergarten friendship turned into one becoming the popular girl in school while the other faded away into a nobody who was picked on mercilessly for being smart, yet ugly. She loved everything about Melanie - her long ebony locks, how one brown eye looked slightly different from the other due to childhood eye surgery, how these days she had a tiny waist and an adorable nerdy partner who just towered over her when they hugged. No, it was not jealousy - it was genuine envy, combined with deep shame for how her own life turned out. She looked down at herself and wanted to be swallowed in a hole. She is painfully obvious of how chubby and thick her fingers are, how big her feet are, how her calf muscles look like muscled blobs. Ugh.

She notices pink and blue balloons strung up around Melanie's place. That's right - the long awaited baby shower. As far as she's aware, Melanie is having a girl, but the blue ones are just because she could get away with it. They haven't spoken in years but she knows through Facebook about Mel's dating life, marriage proposal and the news of the baby. Every time she sees pictures, her heart aches. Her own life seems meaningless - what has she achieved since finishing school? Not getting busted for anything illegal and that's about it. That and having gone through boys like shoes.

A car pulls up; Leah jumps out of the passenger seat and the door flings open. Melanie shrieks with joy as they hug. She knows that at this point she's invisible. She always hated Leah - her thinness, her snobby attitude, how nasty she was in after school care. She feels a sick sort of desperation creep into the pores of her skin. The door remains open, presumably to allow soon to be arriving guests in.

Something conjures in her hands. Something sticky, wet, red, long. She looks down; it can only be one thing. As she stares down in horror, a lump forms in her throat. It's like the air has been sucked out of her lungs but it's already too late. She hears the all too familiar sirens, and runs.

She doesn't care where she runs - protecting the thing is the only priority. She can almost feel the blood dripping on the tar. Tiny rocks jab and hurt her feet but she could care less when her sanity's at stake. She couldn't have stolen anything so why are the police after her? She doesn't know but fear is pushing her into a blind rush into anywhere that isn't Melanie's house.

She finds herself rushing into the bathroom of a high-rise hotel. She uses one bloody hand to lock the door and push her back against it, crouching on the dirty tile floor. She starts hyperventilating - what the hell is happening? She needs Melanie, not this grotesque organ that surely can't belong to her. Sirens come closer again; she curses and breaks the only window. She manages to throw herself out just as the lock starts to feel force behind it. This time the blood is her own but it doesn't stop her running, again to nowhere in particular.

This time it's what looks like an important government building. She hides in the bathroom - at this point she feels like bathrooms are her only sense of security, no matter how temporary. The floor is cleaner but it reeks of bleach; her head swims and she feels like vomiting. Anxiety eggs her to look in the mirror. Her golden blonde hair is in every direction, arctic blue eyes wide and frightened, her skin almost grey. What has she become? Why is she holding onto this thing? It's disgusting but she needs it - yes, needs. The thing squelches in her hands as she squeezes it, and she lets out a groan of relief. Yes, it's as real as she is. She feels sick as she imagines the sordid things happening in that house right now. Just how close are Melanie and Leah? Envy finds itself spiking her veins and makes her body stiffen.

Oh god, the cops again. This time there's only a wooden door, offering an exit that leads who knows where. She runs but slips, crashing hard on her chin. She growls - only pain can make her this angry. Pushing herself up with one hand, she stumbles and barges through the door, slamming it behind her. She pants hard, running a bloodied hand through her hair as if to soothe herself. It's a small closet for brooms, but she can walk a couple of paces. It's lit up by a single dingy lightbulb that casts a yucky yellow tone and attracts moths.

It's not enough; it's as if the cops have come even closer. Her head swims but still, she holds the slippery purple-red organ as if her life depended on it. She doesn't want to look too much of it, fearing it could belong it someone she knows. She prays to herself that she would be anywhere but here as the sirens become deafening.

A dark, depthless black hole swallows her whole just as pairs of thundering black boots march through. She swore she could've heard their batons cutting the wind. The hole feels safe, warm, wet. She doesn't know where she is but she doesn't want to leave. She can't see anything but knows it's somewhere she's been before. The ground squeaks underneath her feet, and it's almost as if she's somewhere that's tight but not claustrophobic.

Her vision distorts and she's thrown out with such force that she feels like her tail bone is broken. She finds herself on an all too familiar concrete driveway.

Melanie stumbles out the door, doubling over in what looks like severe pain. Her dark hair covers her slender body, but one arm covers her swollen belly. She's coughing hard, trying to burble out something incomprehensible. Mel lifts her small head, pushing her hair away.

They lock eyes, brown to blue. Their gazes turn to her hands, finding the thing fresher than ever, no longer cold. It quivers and she screams in terror.

She hears the sirens and thinks one thing.

trauma
Ashleigh G
Read next: Never In the Cover of Night
Ashleigh G

I'm a dreamer - perhaps quite literally. Daydreams occupy the majority of my thoughts, and almost every morning I wake up with the memory of a vivid dream.

These are my thoughts, feelings, opinions etc. Happy reading! xx

See all posts by Ashleigh G →