by Melissa Wilson 8 months ago in trauma

A haunting past keeps repeating 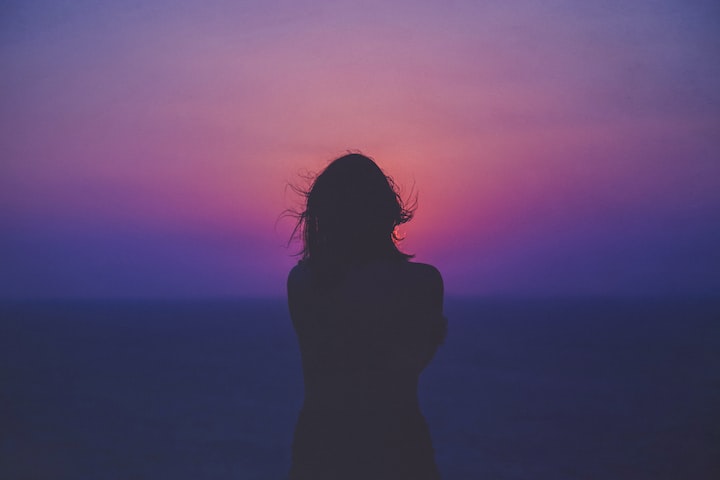 So I am working on healing myself.  Writing more poems.  Working on this blog.  Trying to be okay in a marriage when I have more trust issues than a wild animal backed into a corner.  I don't know why I let myself get into another relationship.  I thought I was ready I really did.  I worked on myself.  I stayed single.  He wore me down with sweet words and trying to get to know the real me.  I thought I had made sure he was ready for the hot mess that was my psyche.   He wasn't.  No one ever really could be really.  I don't know why I believed him.  Something about wanting to get to know my soul.....Cheesy I know but I was so hopeful.  I really wanted to be with him.  He had tried to get a date for a year.  I kept putting him off.  Telling him I was dating when I wasn't just to keep myself safe from another painful letdown.  But somehow here I am.

Don't get me wrong.  It hasn't been all bad.  Mostly it has been an amazing adventure.  I have done things that I never thought I would be a part of.  He was so supportive in the beginning.  Of my writing and anything else, I wanted to do.  He included me in everything until my issues (and not even the bad ones) surfaced.  When the routine changed so did my ability to control the chaos that is my thought process.  I wanted to still be included.  I wanted to be involved in everything that he was doing to the point of forgetting my passions and adopting his.  I wanted to be his shadow.  The harder he pushed the more I wanted to be a part of his whole world.  It's really not healthy.  I know this.  My life was sitting at home, going to work, wash and repeat.

Even now 2 years later I am still adjusting to being in a relationship.  To be a pair and an individual.  He is driving a truck now.  Forced separation is what it is.  So now I am writing.  My trust issues rearing their ugliness.  I want to snoop through all of his accounts.  I could.  I have the information.  But why?  Everything comes out in the wash.  All of it.  I could look and speed up some sort of process.  Maybe I would find something.  Maybe I wouldn't.  I don't know.  That really would not serve to grow and heal.  The only real thing that says I may is that I can sit and see him online after he has told me he is so exhausted and is going to sleep...just like my ex.  It hurts.  Even as I write this.  2 hours he said he was going to sleep.  He's probably watching stupid videos trying to pass out and the phone will probably hit him in the face when he drops it for the 5th time, before finally not noticing it because he's so out that it slips to the side of the pillow.  But in my mind, he is talking to someone else.  Someone he finds more interesting than boring me.  Someone that is prettier, skinnier.  Someone that doesn't care if he has eaten or getting enough rest.  Someone he met at school or at a truck stop.  Someone younger.  Someone that doesn't hold him accountable.  Someone that makes him feel free.

I am needy.  At least that's what people say.  But I don't ask for a lot, I really don't.  Honesty even if it hurts.  Loyalty.  Good morning Beautiful.  And don't leave me on read.  I couldn't take being cheated on again.  I think it would destroy me.  Destroy any hope of me ever being able to trust another human being.  I would rather him leave me than cheat on me.  It is my greatest fear.  That kind of betrayal never leaves a person.  Man or woman.  Doesn't matter what gender or sexual preference.  To be cheated on by someone you put your all into kills a very important part of us all.  It will change a person.  Make them cold and uncaring.  It brings out a rage that few would understand.  The reason crimes of passion exist.  But I don't think I would rage out again.  I want to learn to be calm.  To learn to just let go.  I think that if it happens again I will just move on and try to love myself.  One thing I learned from my ex was that there was nothing I could have done to keep him from cheating.  He was just a piece of shit.  Just like anyone else that cheats on their partner.

I got angry when he cheated.  When I found out.  I got angry because he made me feel small and replaceable. But I am definitely not replaceable.  I am a beautiful Goddess.  Worthy of everything I want in life.  But all I want is to be loved the way I love.  Hard.  With the purpose of lifting up my partner.  So that he knows beyond a shadow of a doubt that I love him and no other.  To be supportive in all of his adventures.  That his happiness is what makes me happy.  But that is unreasonable.  The way I love comes from Borderline Personality Disorder and is close to infatuation.  Obsession. I would never wish that on anyone else.  EVER.

Now my husband is home.  Sitting right beside me.  And the distance is pliable.  I can feel it.  It is a thick piece of steel that cannot be cut even with the sharpest knife.  I never lied about the person my ex turned me into.  My insecurities or my needs.  My ability to be strong and fearless one day and the next feel small and need the security only the love of my special person could give.  The love and security that I never received as a child and rarely as an adult.  Something I am trying to learn to give myself and failing miserably.  I am weak, but I am strong.  I need reassurance and I need to know that I am wanted and loved.  But because of my childhood, I have trouble feeling it.  I doubt it.  I doubt everything.  Every word others say.  I question every action as if it were a double-edged sword forged from both the good and the evil that has been my life.  Why am I like this?  I don't know but I want to.  I don't want to be like this.  Annoying to the point of pushing others away.  But how do you defeat the demons that are always there for you when no one else even has time to look up from their own lives.

I want to just walk away from this whole thing.  I can feel myself pulling back from any kind of relationship.  Questioning every sweet word and action.  Going into self-protection mode.  My walls are building up brick by brick. The mortar, every painful word spoken to me over a lifetime of pain and rejection.  Every tear I have cried making it stronger and taller.  Like the tower tarot card bringing about the chaos of painful change.  I don't want to be alone but it is safer that way.  No ulterior motives to try and dissect syllable by syllable.  I try and communicate my feelings but no one will listen.  He won't listen.  He does not care.  Unwilling to grow and meet me in some kind of imaginary middle ground.  So what is there left to save? Nothing

The one constant for me has been my love of writing. It’s a release of all the emotions I don’t know how to express. Thank you for taking the time to be a part of my story. Subscribe if you can relate & tips are appreciated.

More stories from Melissa Wilson and writers in Psyche and other communities.