A Series of Answers

by Kameron 8 days ago in health 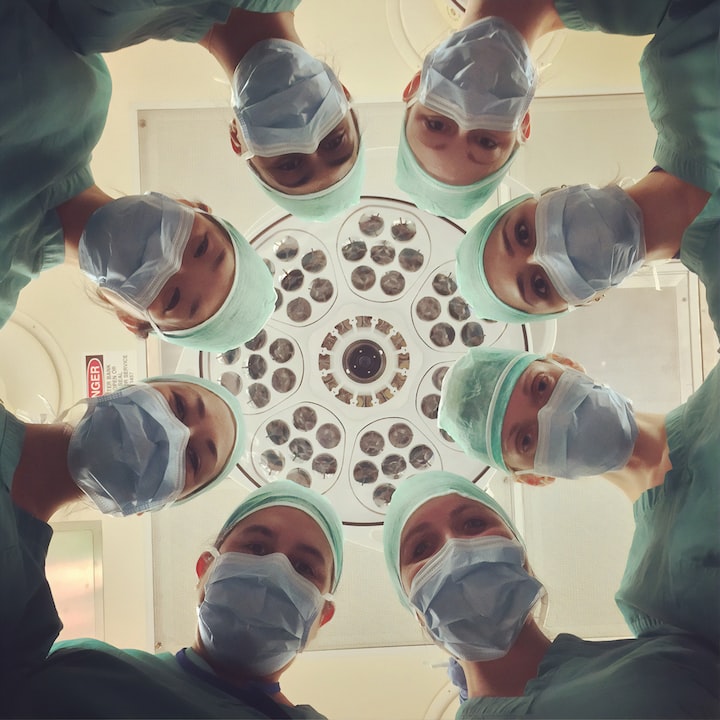 While I have a second, I just want to talk about a little bit about health. Health in general. My health. Your health. Healthiness. I mentioned briefly in my “get to know me” post, that I’ve been diagnosed with a couple different things. I just wanna run through some of the history of well, how that all came to be. I apologize in advance for the length of this.

Growing up, I was always outside, playing sports with my brothers, getting hit in the face by my brothers, you know, the usual childhood of an active kid. Up until my junior year of high school, I was never not playing a sport. That year, I realized that if music was going to be apart of my life, I needed to do it now. I told my coach that I wasn’t coming back to the volleyball team and I went out and tried out for Oklahoma at the rival high school down the road. To my surprise, I got the part. Flash forward to a month later, driving to rehearsals after school everyday, memorizing my lines, trying to eat and work out and keep up with everything – you could say my stress levels were a little higher than normal. One day, I was sitting in class and my chest started to tighten. I left the room and called my mom to tell her what was happening. She told me to shake it off, it was probably nothing.

The heart episodes, as I started to call them, continued for a couple months. I went through a series of test, was asked a series of questions, and was given a series of differing answers. None of them fit. No one could figure out what was happening. Side note: If you’ve ever had to do a table-tilt test, you and I should probably get dinner and bond. Soon we’ll be best friends over that traumatic event.

I started fainting in choir, missing classes for doctors appointments, and losing weight because eating didn’t always help or gaining weight, because I was starving from tests. Finally, a doctor figured it out. To this day, I don’t remember the doctors name, I don’t remember how long into the process I was, but I’ll forever be thankful to her, I do remember it was a woman, for getting me on the right track.

But. This is not the end of the road for Kami and her health issues. By the way, reading this blog, you may notice some tendencies – I curse, I make jokes about myself, I go off on tangents because the more you know, and I talk in first person. I also do all this in person.

Back to health. I came down to California for college. This was also convenient because I was able to visit my family in Oregon with a quick two hour plane ride or drive down to Arizona to visit my cousins in Gilbert. This is where I decided to spend most of my Thanksgivings during college. Thanksgiving during my junior year of college, was when everything changed. I sat outside with my younger cousin, Mackenzie, as we talked about everything under the sun, including our eerily similar health concerns.

When I was 18, I got my appendix out. Not because it was going to burst, not because it was infected, but because I had all the symptoms to take it out (after the ER turned me away 3 times) and when they took it out – it was perfectly normal. Mackenzie, at the age of 18, had the exact same thing happen. We also shared the heart episodes starting at the exact same age, a weird allergic reaction to certain foods, and a list of other abnormalities that would make you think Mackenzie and I were twins, instead of cousins. Her sister, Alexa, and herself had been tested for a rare cell disease known as MCAD and because I’m not a dummy, I told my mom it was time for me to get tested as well.

We found a doctor in Oregon, conveniently, that specialized in the said disease. I brought with me – my medical history, and a fat folder of both of my cousins as well. I could tell by the mass of the folders that the doctor asked me yet another series of questions and diagnosed me on spot with MCAD. This meant, I would need to adjust some more things. It meant, I would need to eat differently, work out differently, and live a little differently. This is all code for “Hey Kami, maybe its time to get your shit together and take care of yourself.”

First off, this is a new diagnosis from January of this year. Second off, yes, I know it sounds like a ninja name. I’ve heard that one before.

I’ve always been someone that loves to sleep. Yeah, I know, you’re thinking, yeah Kami who doesn’t? No, when I say that I mean, if I don’t set an alarm or have my roommate shake me awake, I could sleep through an entire year. Hashimotos is a auto-immune disease of the thyroid. The thyroid helps with so much in your body, that if it’s not running properly, a lot of things can happen. Some of the issues that I experienced: hair loss, fatigue, sluggishness, and bigger medical terms that I won’t go into.

So, three diagnosis’s. A million doctors. And here’s the questions that I get daily that I’ll just answer quickly:

Is it chronic? Yes. I’ll have it forever. Symptoms can flare up, but they won’t always be as present if I work at it. Can you die from any of it? You can die from anything, especially when you’re not taking care of yourself, so if you’re aware of it and consciously making an effort to better yourself for it, you can live a long life. Is it manageable? This is my favorite question. It’s absolutely 100% manageable. My youngest cousin that I told you about earlier got a gym membership, eats healthy, works daily at more than one job. My older cousin, became a fitness model with the WBFF and is constantly working at it. Both of them inspire me daily.

I could have continued even longer on this, ranted on research, medical jargon, and even went more into the specifics of what happens when I eat gluten or dairy or a number of things on “the list”. However, there are two MAIN reasons why I wrote about this.

One – Awareness. If I hadn’t decided to visit my cousins for Thanksgiving, I would have found out about all of this way later. As many of you know, it’s easier to deal with most things at a younger age before you get older and have other issues on top of it to deal with. Also, MCAD is a really rare disease. My cousins and I are one of the first families that it’s been found in, since it’s not usually genetic. When I was first diagnosed with POTS, I knew that wasn’t telling me the entire story and I would get incredibly frustrated. While getting the news of other problems was scary, it’s also so relieving to know what’s going on.

Two – health, in general. My mom, Judy, has worked at a clinic since I was born. My dad, Mike, has been an umpire for the last 30 years, golfs as much as he can and continues to try to better his health. My brother, Aaron, went to school to study the body, and trains athletes everyday to make sure they are taking the best possible care of themselves. So, take care of yourself, go outside, go for a walk. You don’t have to go to the gym every single day and have a six pack to be healthy, but taking care of yourself is so incredibly important and sometimes I forget to do it because I’m busy with everything else on my plate. Take a second and evaluate your health and where it’s truly at.

If you ever have any questions, are experiencing some of the same things, want to know what I eat since it’s so limited, or want to know what work outs I do when I go to the gym. Message me. I don’t bite and I do way too much research on just about everything.

From Oregon to California and everything in between.

See all posts by Kameron →