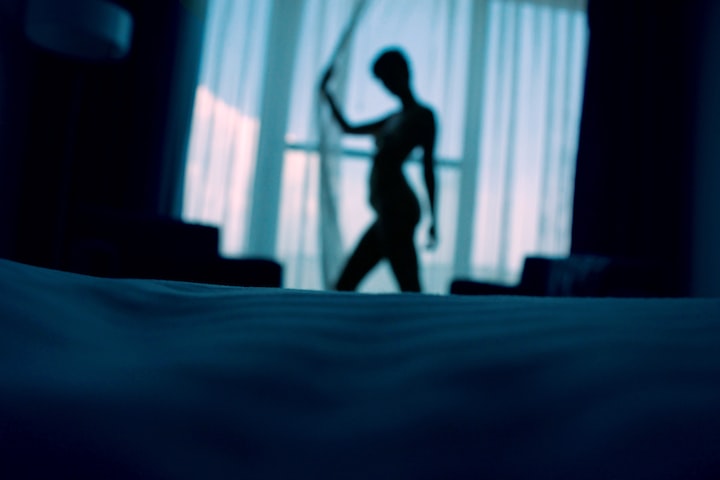 Nearly a year ago I wrote a blog about female Volcels. At that time, my focus was on myself, and how I had chosen to become voluntarily celibate because I wanted to go through a period of self-reflection; to introspect upon my thoughts and feelings, who I was, and who I wanted to be as it related to what I was going through at that time.

In the year since I wrote that blog, I have maintained my vow and though I have spoken to a few different men some of whom lasted for a few months, nothing has become anything more than a friendship and only one of those seems to have any chance of possibly becoming romantic.

However, ultimately, he chose not to step to the plate and seemed to be a bit put off once he discovered that I did have any limerent emotions where he was concerned. Thankfully, they quickly dissipated, and I imagine he won’t be returning any time soon to speak to me, but if he does the value, I’ve built for myself has made it impossible for me to consider dating him; though like most things, the potential spark was promising.

Nevertheless, I’ve tried doing some minor video chatting types of dates, but mostly I have found that the reality of having high standards and wanting something more out of my relationships and the intimacy that would come from them has been exactly what has kept me from finding any romantic prospects. But I am not depressed because of this. I feel very liberated from the relief it brings in sex positivity for me to own my sexuality in every way, and to determine whom I consent to share myself with in that light has helped me heal in tremendous ways.

This proves that the method for practicing self-chosen abstinence to deal with insecurity and do shadow work that previously remained undone is successful. And I’ve learned that I am not the only person who also desires a monogamous relationship despite being open-minded and accepting of alternative relationship styles and dynamics and even supporting ethical non-monogamy, open relationships, and everyone’s right to choose the dynamic that serves their happiness. However, the problem seems to be that many men I am meeting have yet to do shadow work pertinent to their self-growth and that has helped me narrow down my choices and not make mistakes. Something I had difficulty with in my younger years and am proud to see my newfound success because of taking the time to learn more about myself and my desires in life.

I am positive I would like to find a decent and steady boyfriend who shares a love for binge-watching horror movies and series and won’t mind playing Mario Kart with me occasionally, without having a wandering eye, but I do not need that to feel complete in life and that is a huge accomplishment.

I recently read another article that was discussing a woman’s right to ownership of her full autonomy and how celibacy by choice and realization on how the patriarchy overtook the idea of sexual empowerment and corrupted it to be more in men’s favor, and I was finding myself in awe at how spot-on the author was. I’ll share it here for good referencing because it was so enlightening, but I’d like to quote a portion I found incredible first;

The cultural emphasis on sex and having it was radically shifting. While earlier iterations of feminist thinking celebrated female sexuality in all its forms, now more young women are questioning how patriarchy has shaped the dynamics of heterosexual culture, and women’s ability to exercise their full agency and power during sex. Critiquing heteronormativity and patriarchal dating scripts is a central reasoning for many young women’s turn to celibacy.

The current nature of heteronormative dating means that it’s enjoyed by men in positions of privilege and power who rarely have to acknowledge their faults or rectify the harm they cause, explains Ayurshi Dutt, a PhD Sociology researcher and member of the Centre Research into Violence and Abuse. “This makes it impossible to depoliticise the dating culture,” Dutt says. In her 2021 book, Rough, writer Rachel Thompson asks why it is that “so many of us ‘consent’ to sex we don’t actually want?”.

The solution, Thompson says, is a radical change in our sexual culture. Now, empowered by an influx of new theoretical and cultural ideas about what sex and sexual ethics actually looks like, a wave of newly-celibate women are igniting a global conversation about sex, power, agency, gender, and consent.

So, while it’s been nearly a year since I broke open the envelope on Female Volcels and our existence as an important aspect of sex positivity and the very basis of consent, I may not have found anyone to relieve me of the label but I have found a feeling of inner peace and fulfillment unlike anything I’d ever imagined and a romp in the sack without connection – it’s not worth giving that up for; at least not for me. 

More stories from Sai Marie Johnson and writers in Humans and other communities.