by CJ Miller about a year ago in product review

A reward-based take on the classic tile game. 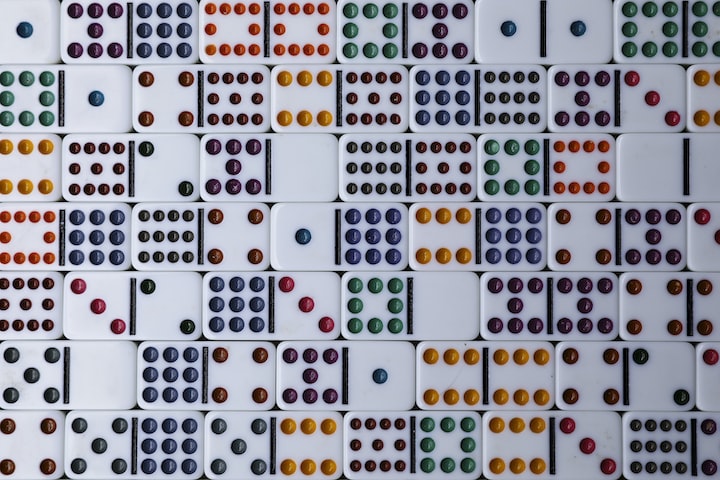 If you’re a fan of table games, then you’ve most likely enjoyed a game of dominoes. The numbered tiles are very well known and countless games have been created using them. The origin of dominoes can be traced back to 1120 AD China, with mentions of the game going back even further.

With such a rich history, it’s no wonder the game is as widely known as it is today. Now, Pocket7Games has developed and incorporated a popular version into its skill games mobile app. The game mirrors Straight Dominoes, where players look to score by laying down dominoes to add up to multiples of five.

The game can seem a little complicated at first, but the app helps out a lot by providing easy math when selecting a tile. When you tap a tile, numbers will display how much that tile play will be. This helps immensely when you are just getting started and have difficulty tracking the sum of the dominoes in play.

Dominoes games start out by randomly selecting you or your opponent to play the starting domino. Generally, you will play the highest double from your hand, but if you don’t have one available, you can use any domino. (Tip: You can score easy points if you use a domino that adds up to a multiple of 5. e.g. 6:4 or 5:0)

Once the initial domino is laid down, the players will take turns laying down numbered tiles. The primary way to score is by making multiples of 5, so keep that in mind when laying down your dominoes. You can also score points by laying down your entire hand before your opponent. The amount of points you get depends on how many dominoes are in their hands and the value they hold.

If you can’t lay down a tile, you will have to draw dominoes from the boneyard until you find one you can use. This makes it important to plan your moves a few tiles in advance and always keep your options open. If you get stuck drawing too many dominoes, your opponent has a better chance of going out and adding your dominoes to their score.

Things To Keep In Mind

The game gives you a choice of playing for Tickets or real money, just like the other skill games the app has to offer. I certainly recommend playing for Tickets before jumping in and trying to win cash games. This skill game is a relatively new addition to the app, so many players are still learning and figuring out how it works. This makes it a perfect time to jump in and build your skills.

Once you've got the game down, check out the tournaments and other events the app has to offer. Dominoes might just be the first game you earn money from while playing.

If you’re a fan of skill-based cash games, then you will also want to check out the other games that Pocket7Games has to offer. There is a wide range of options to choose from and they are all built into a single iOS app. If you’d like to get an idea of what other games are offered, check out the reviews I’ve put together.