3 Tips and Tricks to Score High in Pocket7Games' Dominoes

Crush the competition with these quick and easy tips. 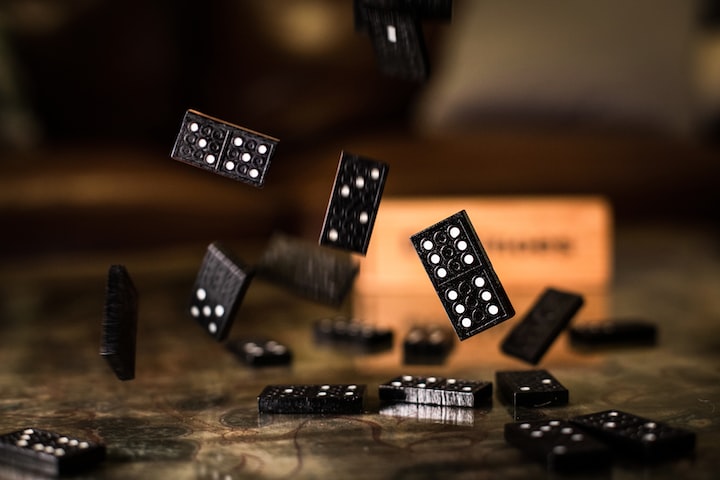 Photo by Charl Folscher on Unsplash

With its recent release on the Pocket7Games app, players are scrambling to figure out the secrets to consistently score high in Dominoes. While the game is modeled after the rules of Straight Dominoes, it takes on some unique aspects with its conversion to a skill game on the app.

But there’s no need to worry. We’ve put in the time and effort to uncover the best methods to consistently hit high scores and win cash prizes. Take a look at these tips and then put them into practice before jumping into a money game.

Scoring is obviously important, and Dominoes has an interesting system for calculating your score. At the end of a game, your score is calculated by taking the difference between you and your opponent’s points. That means that if you ended up with fewer points than your opponent, you could have a negative score. Time also plays a role in your score by offering a small bonus.

There are three primary ways to score in Dominoes.

While the scoring mechanics may seem simple, it can get pretty complex since you are competing against someone with the same goals. That’s why it’s extremely important to know exactly what you should watch out for when playing.

Always try to go out

The best way to score and prevent your opponent from scoring is to make sure you get rid of your dominoes first. Stacking up dominoes might seem like it’s a good idea since you have more options to score, but it can often work against you. Your opponent is trying to go out as soon as possible, which could leave you with dominoes in your hand, contributing to your opponent’s score.

Think a few moves ahead

While you don’t need to be a chess master to win a game of dominoes, it can really help when you plan ahead. This means laying down dominoes that you know you can play off later. While not all of these moves will pan out, they can provide consistent opportunities to discard dominoes and prevent you from picking from the boneyard.

Use your 5s efficiently

Dominoes with a 5 on one side can be very handy when looking to score. The double 5 is an especially effective tile that can boost your score significantly. Look to play 5s when there is a previous multiple that you can use. The double 5 can serve as an additional point add when utilized with a good multiple setup.

Dominoes can be a really fun and exciting game and it can get pretty competitive, especially when there is real money on the line. Following these tips will help you score high and take home a reward, whether that be Tickets or a cash prize.

If you’re a fan of skill-based cash games, then you will also want to check out the other games that Pocket7Games has to offer. There is a wide range of options to choose from and they are all built into a single iOS app. If you’d like to get an idea of what other games are offered, check the reviews I’ve put together.