by Mel E. Furnish 12 months ago in Adventure · updated 5 months ago
Report Story 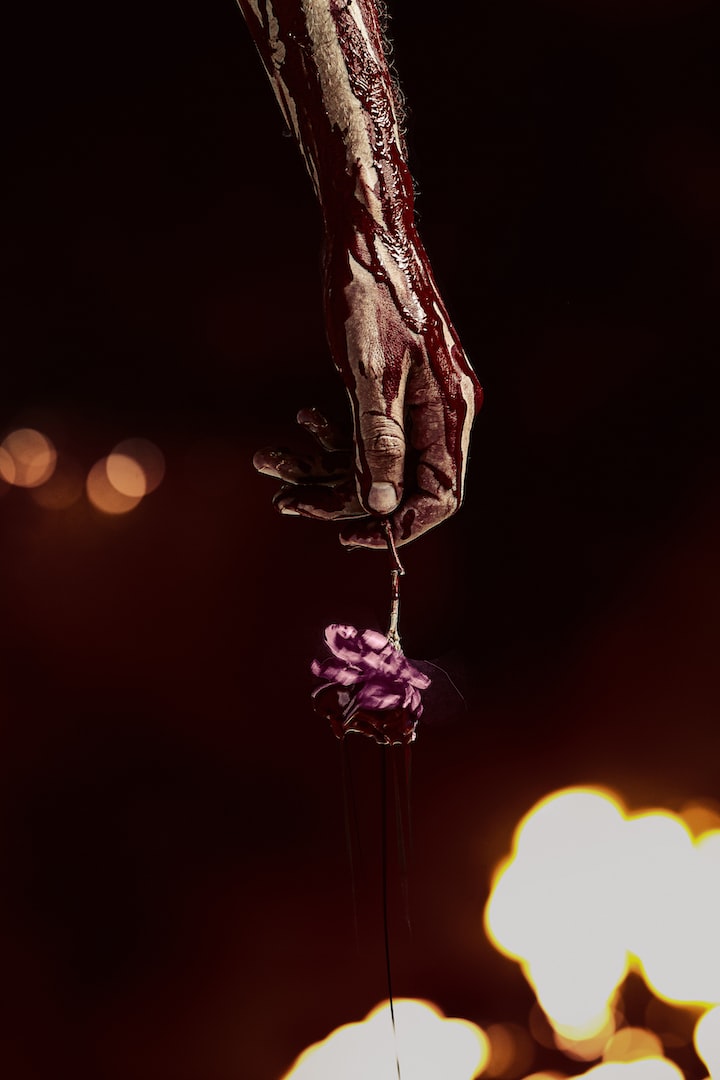 “Don’t allow your wounds to transform you into someone you are not.”

The haunting words of Norok, a Dark Angel, an Agent of Demise, kept replaying over and over again in Adara’s mind. There was no escape from her troubling thoughts as the images flashed back to when he kissed her.

“I cannot allow these mere words to rule my mind,” Adara hissed to herself. She stood alone in her world. A day ago, she had locked herself away inside her imagination that brought fantasy to reality. To do so, she first had to enter The Portal of Eternal Rest, which only gods can walk in and out of willingly, and use magic to control a portion of the vast haven Vitality had created long ago.

Any spirits that had given back their borrowed Life stayed here forever inside the vast world Vitality had made for them. Of course, this is if they decided to, for they also had the choice to have a Second Life and return to the Living, so long as they sore The Oath of Seraphs and kept it by serving Vitality as an Angel of Light.

A horrid image crossed Adara’s mind out of the blue. Her eyes flooded with sheer terror as she watched the scene of Blaze finding out about the kiss. The flames of his rage reflected in her glossy violet irises while her heart crumbled—the breaking pieces drifted to the bottom of her gut like ash and soot from the sky after a ravenous and grave wildfire. “I must see him.”

A full moon shimmered brightly among thousands of stars in the night sky above. A man’s strong figure leaned against an old willow tree; his silhouette froze beside the pond before him. The man was anxious and was growing impatient. He frowned as he stared at the water’s calm surface, reflecting the artificial lights above—created by magic and would only last as long as Vitality did. Many believe that each star represented a soul within The Portal of Eternal Rest. Some say that each borrowed Life given back when they’re brought here to The Sanctuary, Vitality does not take for herself to regain her once infinite power. Instead, she lets it return to the world of the Living as a light, a star in the sky to help guide those below and to give hope to those who follow The Ones of Light.

He shook his head as he scoffed in disdain. The thought of hope returning to Trindavin brought him an urge to scorn. “The people will never be at peace,” he grumbled to himself.

“Blaze?” a soft voice called. The young god lurched from his position to spin around. Behind the tree, dancing among the elongated, feathery willow leaves, was the one he was waiting for.

“Adara,” he muttered. Her long strawberry-blonde hair flowed with every step she took. The soft, warm breeze whistled through the willow as she sauntered to his side. He smiled at her, but when he caught a flash of worry in her gaze, his gut twisted. “Something is wrong,” he thought fretfully. He struggled to swallow back his growing dread. He reached out and brushed her hair back out of her face to look her in the eyes. When their gazes locked, they found themselves trossing.

He could feel her pain and sheer terror. His heart sank while he pulled her into him. He held her close as he kept his darkening amber glare fixed in the distance. As soon as they had made eye contact, he knew what was bothering her. No tears fell from his eyes, but he could feel his heart draining. His strength started to fade as the raging waves of emotions surged through his mind and body. It wasn’t long before he heard sobs, and he felt tears drench his thin white shirt.

Her head rested on his shoulder as she cried. He only kept his strong arms wrapped around her as he let it continue without a word.

“What was his name?”

“Adara, if thou doth not tell, I can only assume thou cares for that filth,” Blaze declared. She slowly drew away as she let her hands slide down his chest. Her eyes were red and glossy from weeping. He abruptly felt a rush of broiling anger when she didn’t look at him. She only stared at the pond with sorrow. Blaze bit his lip as he shook his head. He huffed as he turned away from her. His rage was rapidly rising. “Shite!” he cursed.

He suddenly darted around to swing a punch at the tree’s trunk. The harsh bark was only dented from the blow while a few fragments soared in all directions. Adara flinched away from his furious actions. He glowered at her as he pointed to her. She gradually opened her dull lavender eyes and coyly glimpsed at him with regret clouding their glow.

“How could thou? How darest thou let a slag like him disrespect our relationship?! Disrespect me!” he spat. She cringed from his harsh words. “How is it that a pikey prat can take thou from me? Huh?” he demanded as he inched closer and closer to her.

Fresh tears streamed down her cheeks. Blaze turned away as he cursed repeatedly. He paced back and forth in front of her as he stared her down. “The rumors are true then! Thou art nothing but a doxy! A shameless hussy!” he snarled.

Adara’s eyes flew open, and she defiantly glowered at him. Finally, she decided to fight back. She shook her head in disbelief. "First of all, no one owns me. Second, he kissed me and I pulled away, so I wouldn't call it, "taking me away" from thou. In the end, if those rumors were true since when did thou let mere words and gossip keep two apart?” When her retort reached his ears, Blaze felt empty. All of a sudden, his resentment faded, and weakness overcame him. He fell to his knees as his eyes leisurely drifted from the ground up along her figure. He was speechless as his mouth gaped open. Adara’s eyes swelled with tears again as she bit her lip. She shook her head as she fought back her whirling feelings.

She sealed her eyes shut as she turned away. “Those were thine words…” She sighed. “Thou promised… yet, thou hath turned against me because of their mouths? Thou hath done now as they did. Breathed promises they never could keep.” She sharply inhaled as she threw her head back to look up at the moon. The silver disk reflected in her eyes as she weakly smiled. “Only this one hurts more… it feels different… they faded with time… but thou… thou art still there.” She slowly faced him with dreariness about her. “You’re my greatest mistake. Norok warned me of this… now I must prepare for what it is to come,” she wearily whispered as she started to walk away.

A few times, she stumbled, but she kept going. Blaze watched as she left him behind and alone. Promptly her last few words replayed in his mind. “Norok warned me of this…” Within a heartbeat, Blaze’s eyes widened as he felt a newfound strength course through him. He balled his hands into fists as he felt his jealousy and ire explode. “Norok,” he hissed.

“She’s finally gone. Go now, while he is still alone,” ordered a stern voice. Standing over an orb with images of Blaze and Adara’s fight was a cloaked woman. Her long silver hair flowed out of the opening where her face remained hidden. When she raised her chin, crimson lips formed a smirk that had escaped the shadows of her hood. “I will wait here and make sure no other eyes see.”