by Megan Malcolm 2 months ago in cuisine
Report Story

or: how I learned to love tomatoes, plus a "panzanella" recipe 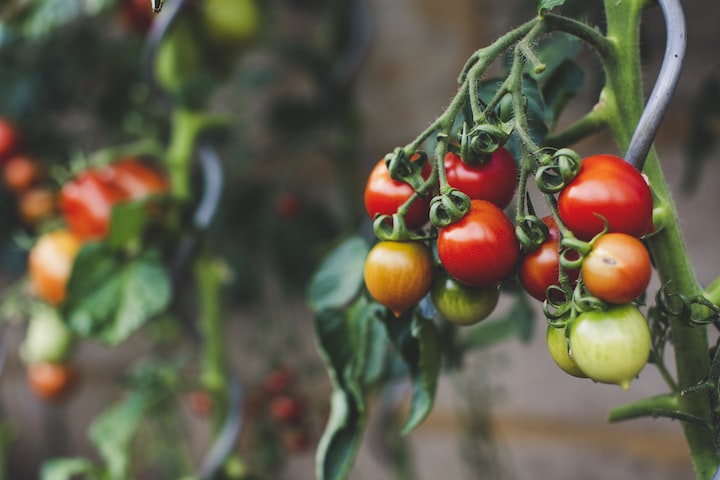 The first time I really ate a tomato was years after the first time I’d tried one. For most of my childhood, tomatoes seemed like a cruel joke: ruby red, shiny and promising, begging to be tasted, only to deliver a flavorless, mealy mouthful of lies. Sliced up straight from the fridge or surrounded by ice of questionable hygiene in the salad bar of our local pizza place, the tomatoes of my youth in the 90s were, frankly, a travesty. I can’t remember a single kid I knew who liked tomatoes. I knew people who liked brussel sprouts, but not tomatoes. For a long time, all I wanted for lunch was a cheese and pickle sandwich, and I was known to eat blue cheese and radishes as an after school snack, but tomatoes? No thanks.

Imagine my confusion when my mom wanted to add tomatoes to the little raised garden we were starting in the backyard during the summer of my sophomore year in high school. Why waste our energy on little red balls of nothing, culinary clown noses making a mockery of our sandwiches and salads?

“Just wait,” she said, “It’s different when you grow them yourself.”

I’m not sure I believed her. Actually, I was fifteen, I’m sure I didn’t believe her. But we dutifully tended to our garden, as the tomatoes ranged out and up into their cages, stretching their leafy green appendages to release a sharp, green scent at the lightest brush from a passer-by. We fended off the gamboling hordes of aphids and hornworms, the creeping gray degradation of powdery mildew, and watched as the chandeliers of tiny yellow flowers filled out into globes of green, then yellow, then orange, then finally the vibrant red I was still so wary of. The time had come to taste the literal fruits of our labors, and I was less than enthused.

Mom was right, of course. Those tomatoes were spectacular.

Homegrown tomatoes, warm from the sun, are, in my mind, the quintessential summer food. Fresh corn is delicious to an addictive degree, zucchini is a workhorse whose flexibility cannot be overstated, and watermelons are endlessly delightful, but tomatoes, real tomatoes, taste like summer to me. The variety of tomatoes now available to many consumers would have blown my mind as a kid: from lumpy heirlooms the size of a softball down to rainbow gems of cherry and grape tomatoes in nearly every hue. And tomatoes want us to love them; they want us to grow them! With a warm, sunny spot to live and a moderate amount of water and tending, tomatoes will happily bless us with their gifts from a garden bed or a container. There are even varieties available now that only grow to the size of your average houseplant!

If no one has ever told you, remember not to refrigerate your tomatoes. I’m no food scientist, so I’m not sure exactly why tomatoes and cold storage don’t mix, but I do know that that will suck the joy and the flavor right out of them. As far as recipes go, there’s very little that can be done to improve on a good tomato, so I tend to keep it simple. My favorite is a cobbled together and probably very inauthentic panzanella recipe, which is constructed, roughly, as follows:

Get a baguette or some kind of crusty bread, a big cucumber, some fresh basil, and a bunch of tomatoes. Cube up the baguette and drench it in as much olive oil as you feel good about, but at least a few good glonks from the bottle. Heat up your oven to 350 and toast those little cubes until they are crispy and tan and maybe a little drier than you would usually want them to be. You can also cube the bread a day before and leave it out to get dry, or start with stale bread! Meanwhile, cube up the cucumber, rip up the basil, and cut the tomatoes at least in half, or whatever configuration would make them bite-sized, it would really depend on the tomato. They do need to be cut, though, to give those gorgeous juices a way out! Toss the cucumber, tomatoes, basil, some more olive oil, salt and pepper, and then, when you’re about ten to twenty minutes from eating, toss the little croutons with the veg and let them sit out, probably covered, on a counter. All of the beautiful flavors and juices will mix together and soak into the bread and just become this fantastic summer explosion of a salad. What could be better than a salad that is approximately 30-50% croutons? A crouton salad that is showcasing the fabulousness of fresh summer tomatoes, that’s what!

More stories from Megan Malcolm and writers in Feast and other communities.