If You Love Rice or Pasta, Try Using Vegetables Instead 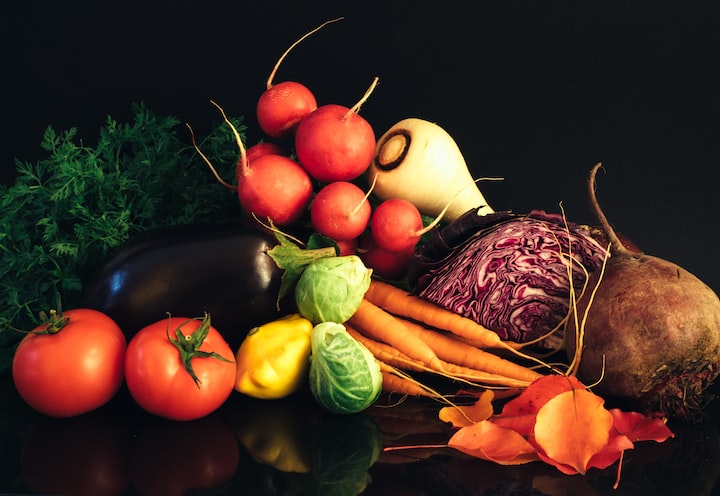 Photo by Sharon Pittaway on Unsplash

If you’re trying to eat healthier or cut back on meat intake, you may be looking for ways to add more vegetables into your diet without having to prepare them yourself. While you can use vegetables in place of meat or other animal products in almost any dish (such as stir-fry or lasagna), one of the easiest ways to use veggies as an alternative to grain-based foods like rice and pasta is simply to cook them together in the same pot. This recipe will show you how to do just that!

What are some good substitutions?

Even if you’re a big meat eater, it’s possible to cut back on how much of it you eat without eliminating it from your diet. While we generally suggest eating a plant-based diet that also includes small amounts of lean meats (about 6 ounces per week for women and 12 ounces per week for men), there are many recipes that use zucchini noodles instead of traditional spaghetti pasta.

Pepper—either red, green, orange or yellow—is a terrific plant-based meat substitute. As long as you don’t cook it too long (i.e., keep it on low to medium heat), pepper doesn’t have much of a flavor of its own. Rather than adding salt (which can actually be detrimental if you have high blood pressure), try adding extra garlic and spices like oregano and basil to make your meal more flavorful overall.

As a meat substitute, mushrooms are naturally low in fat and high in fiber. They also contain nutrients like riboflavin and niacin that promote healthy skin and hair growth. A favorite among vegan cooks (and many omnivores), portobello caps can be baked for about 20 minutes to make a lovely steak alternative for sandwiches. This easy side dish recipe uses porcini mushrooms (also called cèpes) to create an earthy sauce that pairs well with chicken, pork or fish.

The word cauliflower is a derivative of two Latin words: caulis (meaning stalk) and flos (meaning flower). The vegetable you eat has little resemblance to its flowers. They are both white in color, but cauliflower heads are smaller than florets and contain multiple clusters of small white buds. Cauliflower is high in vitamins K and C and packed with omega-3 fatty acids. It contains more vitamin C than oranges do!

Start by creating a new serving of pasta every week using zucchini as your noodle. The vegetable has a neutral flavor and its flesh is very thin, so it really absorbs whatever seasonings you cook it with. To prepare zucchini for your spaghetti meal, use a spiralizer. It’s an inexpensive tool that will turn any veggie into long strands of pasta. For example, one medium-sized zucchini can yield about 3 cups of pasta noodles. If you have kids who won’t eat their veggies, try sneaking them in under cover of a favorite dish like spaghetti! And don’t worry if they notice—they may even ask for seconds!

Chopped turnips are one of my favorite go-to substitutes for rice. To prepare them, simply chop your turnip into small pieces (the smaller they are, the quicker they’ll cook). Then add them to a saucepan with an equal amount of water and a pinch of salt. Bring it to a boil and then simmer until they become tender—it should take about 10 minutes.

More than just an accessory to a Cobb salad. Spinach is an inexpensive way to add plant-based protein and vitamins A and C to your diet. It’s also high in iron and magnesium, which helps lower blood pressure. Spinach is very easy to incorporate into any meal or recipe; simply sauté it with garlic in olive oil until wilted. A great addition that can easily replace meat!

I am content writer for articles. I have also provided need articles everywhere. I like articles writer for time to time services provided also customer.

More stories from Healthy Lifestyle the story and writers in Feast and other communities.