by Doors to Life 2 years ago in culture 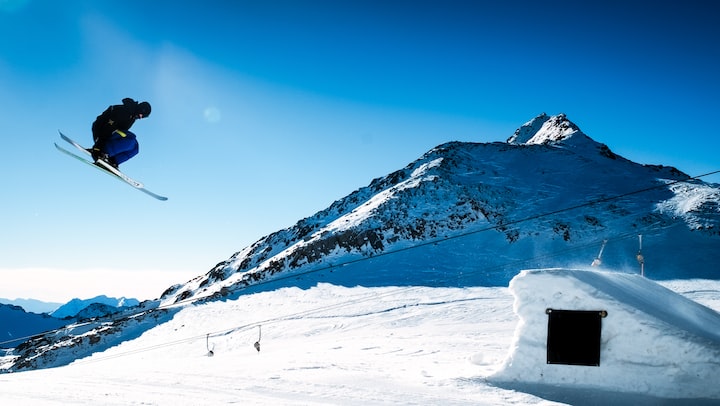 Photo by Markos Mant on Unsplash

When doing extreme sports people feel the adrenaline and being labeled hardcore or invincible is what keeps them going. People who watch extreme sports can find it as entertainment which causes these activities to become better publicized leading to more people wanting to be more “hardcore” just like those engaging in these physical recreations, resulting in a trend forming the rise in popularity of extreme sports.

The definition of entertainment is the action of providing or being provided with amusement or enjoyment. Extreme sports is would belong in the entertainment category, so much, that others become invested in doing it as well even if that mean risking their physical health. People take in account the main reasons for athletes to participate in the extreme sports is because they are entertaining and the attraction it gets (Rauter, S., & Topič, M. D. 2011, p.1).

Since extreme sports can be very dangerous, it brings up intense emotions that attracts the attention of many people. This impact on emotions, brings about the idea of how “crazy” extreme sports can be. Today, the levels of excitement has decreased, and people become dissatisfied with their everyday life making the need for a new stimulus to take place (Rauter, S., & Topič, M. D. 2011, p.1).

In addition, once the word about extreme sports spreads, people begin to wonder what makes the sport so extreme and why it can get so addicting. In the course of this present generation, a large number of people (especially the youth) crave danger making extreme sports addictive (Stefanović, Đ., & Šiljak, V. 2010, p.1). Majority of people enjoy extreme sports because it gives them that sense of “high” and relieves stress. Every year people experience a lot of stress and finding healthy ways to deal with that, other than drugs or alcohol, would be in this case extreme sports.

Adrenaline is a key factor as it produces a momentary feeling of power, these sports therefore, secrete a hormone called epinephrine and the intense emotions that people get when participating in these activities initiates the adrenaline secretion from the adrenal glands (Stefanović, Đ., & Šiljak, V. 2010, p.2).

Furthermore, those doing an extreme sport are known to be “hardcore” which makes other people want to do it too. This then becomes into a trend of others wanting to gain the same attention as well as feeling “high”. People who are also involved in extreme sports are labeled as being "tough" and some people may want to have that same characteristic so other people can think of them as that too.

When their group of friends start to get themselves involved in such activities, the psychological trick behind making others join in as well is by stating how impossible the task is and then gradually starting to do a task (the extreme sport) which doesn’t seem as impossible than the first one mentioned (Myers, G. 2017, p.1). When it comes to talking about extreme sports and thinking about participating or not, the process of the conversation is similar to that format.

Besides that, it’s not that it’s a from of entertainment that makes the popularity of extreme sports rise but, it’s that someone influential does it which inspires others to do it as well. People influence others by welcoming the idea of emotions and opinions of others, whether that’s good or bad (Bradberry, T. 2015, p.1). When people see others, who inspire them (such as a friend, family, celebrity, etc.) doing something outside their comfort zone, it makes the person also want to participate in the sport, so they can become like them too. Influential people inspire others in a way that it becomes like a ripple in the pond and it starts to spread (Bradberry, T. 2015, p.1). There are ways that people influence others in a positive way and habits that they inhibit in them.

Humans want to feel like their invisible and powerful, to prove that they are, not only do they need an audience for it, but they also do things that other people may feel intimated to do. People who watch extreme sports can find it as entertainment which causes these activities to become better publicized leading to more people wanting to be more “hardcore” like those engaging in these physical recreations, resulting in a trend forming a rise in popularity of extreme sports. With extreme sports going up in popularity, it will one day end up coming to a stop, but the question is when.

More stories from Doors to Life and writers in Unbalanced and other communities.