by Mel E. Furnish 4 months ago in corruption 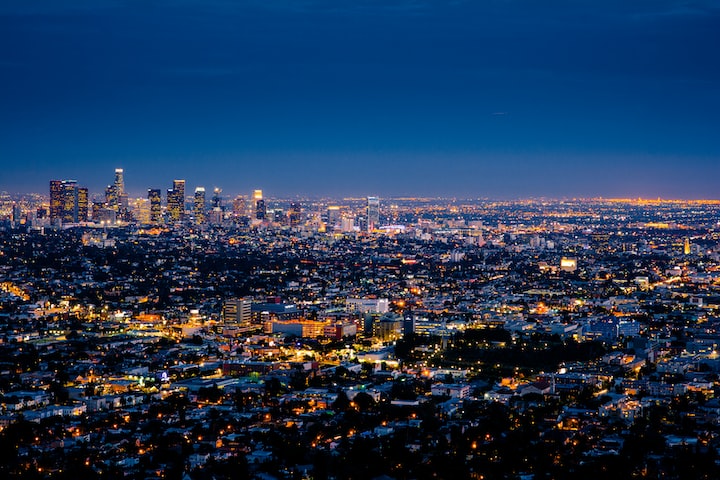 Photo by Henning Witzel on Unsplash

You preach about love, tolerance, and acceptance,

Yet practice and spew hate.

Extremists on any end will always be polarizing,

Will always be leading the ambushes and the dogpiles,

The cowards stalk and use hatred,

While the lions roar the truth,

And the sheep will follow the gates to the slaughter.

As they stumble blindly,

They strip them of their little wealth.

They cut them down,

Over and over again,

Of their cash cows,

The poor and sick people.

The strongest man is not the one who takes from the weak.

The strongest man is the one who lifts others and helps them get to where they want to be.

As this man or woman strains their mind, body, and spirit for others; they are evolving. Improving, growing, becoming healthier, wiser, and more rigid.

Pick the direction you want to go,

And brace yourself for any consequences of your choices.

They are meant to serve us,

Yet they reap from the violent profits of every “kill” and mistake,

As they unleash an economic massacre.

Are only a yield of gold and green.

Money is the root of all evil.

It's disgusting as it bounces,

From one hand to the next.

In a structured society, it restrains the poor,

But makes the rich invulnerable and untouchable,

Sad is the day that knowledge is "less powerful" than money.

The present is where Albert Einstein predicted smartphones and dumb people,

The screen sucks us in and the incentives to keep returning for more are growing.

Addicted to it like alcohol and narcotics they want us to destroy our bodies and families with.

In a world where "money" is everything;

The desperate become dangerous, they are no longer themselves because they’ve been driven so far.

The "elites and stars" bathe in their riches, cry their preachy whines and flaunt bailouts,

As the hard-working middle class, law-abiding citizen suffers for all,

Thanks to money and the corrupt government.

We're not all in the same boat.

We're not all in the same storm.

We're not all on the same page.

We are divided because of the disease that has spread like wildfire among the people.

The media screamed for division, while "lovers, not fighters" cheered for blood.

People are easier to manipulate when distracted and confused by different narratives.

Not enough facts, not enough evidence,

The best part is that this just keeps uncertainty breeding.

From the Molotov cocktails to the ghastly fires that tainted our atmosphere as flames engulfed many in hatred, fear, and rage,

The destruction choked the creations that our hands once brought to life, together.

When we were kids we didn’t fully understand,

As adults, we live it,

Will we just keep hating ourselves and each other?

Remember, our kids are watching us like we watched our parents.

People don’t come together without what they believe they deserve.

Leaders are revealed and people come together in crisis,

Yet, we humans insist on forgetting those times of need, the times of pure humanity.

Give the people what they have earned.

Give the people you strangle with your greedy, too far removed from our reality, clutches,

The money you steal from us as we toil away to barely make ends meet;

Only for you to lie to us and use us, so you can cutthroat and backstab for a living.

The media has been infiltrated with biased extremists.

They are no longer our honest and faithful reporters.

They are the puppetmasters,

Fear-mongering and propaganda is their game.

They are paid to get under your skin and lay their seeds of manipulation in your brain.

From cancel culture to cult-like bandwagons,

The sheep leap from one edge to the next.

One pushing another to jump,

One pleading for peace,

One refusing to see the answers,

One crying for help,

One screaming in denial,

One begging for mercy,

One lone black sheep walking away.

Some sheepdogs are silenced by some of the wolves.

They come in all forms, from members of the media, big tech, big pharma, the elites.

They are too far removed to understand.

They have fallen sick to the illness,

The virus of the blinded, fat cat,

The flu of the filthy, glutton swine.

The tainted hearts of cheaters,

Because they are intoxicated by money and power.

Stop letting the drunken fools squish us like ants.

It's time the people find their voice.

Each and every single one of us.

We are meant to debate and point out new views and ideas,

Just like in nature, the ashes of old, nurture the new.

We must cycle out the original,

In order for the new to improve and build on.

As Joel Osteen said: “What worked five years ago may not work today. If you're going to be successful you have to be willing to change. Every blessing is not supposed to be permanent. Every provision is not supposed to last forever.”

You can't expect change if nothing is changed.

Albert Einstein: “Insanity is doing the same thing over and over again and expecting different results.”

If we want to change, we must make the change more frequent.

If the speakers of our states continue to linger for so long,

The states will remain the same, for so long.

Outdated and crippling our growth,

Holding back the future.

No real noticeable change will occur,

When it's really needed as soon as possible.

Unless there is pressure.

Apply the pressure, in time, diamonds will form.

We are not meant to be dull robots controlled and or brainwashed by a fake world.

We are not meant to conform and be reduced to a thoughtless corpse.

We are meant to pursue our passions, create and build (tangible and intangible things), and be our true selves.

We must raise our children so they're prepared for reality, not the silver platter or lies you scatter in front of them.

Don't cripple or hold back the future.

The minds of our youth should be fed positive brain-food; from books to real-life lessons and history.

Communication is crucial for relationships, stop assuming and destroying someone else because of your pride or fear.

We are meant to live the one life we have,

Not just trudge on down the same road everyone else follows,

Things we never knew about the world, and even about ourselves.

Your brain is a very powerful, organic super-computer, use it.

We are meant to care for our home.

You wouldn't set your friends, your loved ones, your belongings, and or your house on fire, would you? (Applies to most people, the tormented might gladly do this.)

There is no insurance money,

For a destroyed planet,

With a population of zero.

There is no real currency, law, and order,

When a tormented society breaks free in chaos.

We’re supposed to celebrate our individuality and strive for what others won’t.

Don't let them in. Don’t be fake, don’t be a mere copy, don’t conform.

Be humble and kind.

I am a self-published author, raised in a small town on a family farm in Indiana. I

have published a handful of books so far, and I have plans for many more! Interested in more? Check out my website! * http://mel-e-furnish.com/