by Nancy D 6 months ago in coping

I was diagnosed with ADHD several years ago... but it turns out that almost everything I have been struggling with is ADHD related.

Everyone is always mad at me for being late.

In school, at work, when meeting at a restaurant... everywhere!

My life is just a continuation of this cycle... 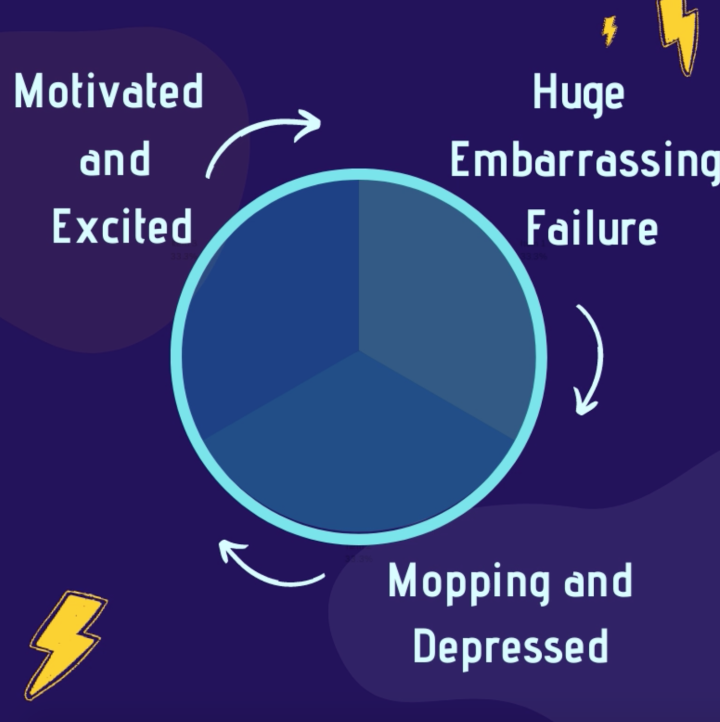 My apartment is a mess...

It's bad. I'm a hoarder and it scares me.

My sleep schedule is a wreck!

There isn't even a pattern anymore... when I would ask my doctor for help she kept telling me to 'practice sleep hygiene'. It turns out that insomnia is a part of ADHD.

My mother was sitting next to me when I got diagnosed... but I guess she never bothered to learn what ADHD is because she has accused me several times now for using ADHD as an excuse.

When I was a kid, my French teacher accused me of being 'retarded'.

This isn't the only reason I still hate that teacher. I know hate is a strong word... but she was a really bad teacher.

People keep telling me that ADHD isn't a real thing...

I don't know how many times I can keep having this conversation over and over again! People seem to think that ADHD is something that only three years old boys have and that it's only symptom is not being able to sit still. Even if that ere true, these kids grow up to be adults... and guess what... they still have ADHD!

Tasks as simple as going to the dentist become a challenge

I had an argument with my dentist about whether or not ADHD had anything to do with being able to pay attention. I'm not kidding. She was shocked to find out that ADHD stood for "Attention Deficient Hyperactive Disorder". She never apologized ...

Albert Einstein is my hero!

Don't ever think that you can't accomplish your dreams because of your ADHD. There are several famous and successful people with ADHD. No matter what your goal is, your ADHD is only a detour... you can do it!

“Everybody is a genius. But if you judge a fish by its ability to climb a tree it will live its whole life believing that it is stupid.” - Albert Einstein

Hello. Nice to meet you! How are you? Hmm... this feels like a really one-sided conversation... why don't you follow me on social media so I can get to know you too!

Thank you for reading my article. Would it be okay if I ask another favour though? Would it be okay if you share this on your Facebook page or Twitter? If you can't share, there is a tiny little donate box at the bottom too. No pressure though, just thought I would mention.

coping
Nancy D
Read next: Never In the Cover of Night
Nancy D