How to outsmart your Social Media/Phone Addiction

by Manthan Mohite 9 months ago in social media
Report Story

Proven ways to get away from your phone 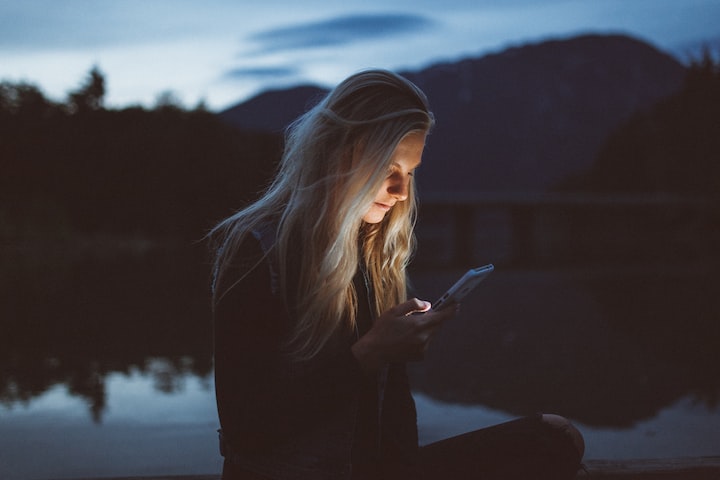 Have you ever found yourself just scrolling through social media platforms without any motive to get anything of it, if yes, then you might be suffering from a social media addiction?

Social media was created to be a boon to our society and connect millions of people around the world. However, it has now taken a dark turn, with people just wasting time online without any agenda. Hence it's high time to recognize it as a problem and solve it as soon as possible.

In the last few years, we have got ourselves trapped in a world that is far away from reality; the world of smartphones and social media platforms. After the outbreak of COVID-19 and the imposition of lockdown in various parts of the world, the daily screen time and the number of people on such platforms increased exponentially over a very short period. Social media platforms have undoubtedly helped us reconnect with our friends and families during the tough times of lockdown but it has also led to a lot of unhealthy habits being incorporated among the users.

A lot of people have been using social media just for no reason, and this habit of scrolling through social media is called empty-scrolling. A lot of our working population as well as students have been supposedly addicted to social media, yes, addicted. The average time internet users spend on social media in 2021 is around 145 minutes, which is more than 2.5 hours a day and accounts for around 17 hours a week. Although 17 hours might not seem too much, however, if you consider an average workday to be 8 hours of work for any working individual then these 17 hours account for 2 days of work or you can even say that 2 nights of sleep. This is just the average for general internet users, the numbers for teen users go even higher (3.5 hours on an average per day).

Now let's discuss the cause of this addiction, the root of this problem is the dopamine hit your brain gets every time you watch a video online or just scroll through social media.

So, now we have come to the conclusion that people know that they suffer from some kind of social media addiction.

Hence, the next step is to find a way to outsmart this addiction and get out of it as soon as possible. The following are some of the solutions and tricks to find a way out:

1. The first step is to recognize and admit that you have a problem not to anybody else but to yourself and stop ignoring it in the name of leisure. Now, that you have realized the problem, you will now take steps on your own to solve this problem.

2. Analyze your usage of your smartphone and social media, and track the time you spend regularly on these sites. Once you have calculated the data, just try to reduce the time by a minute for a week, so at the end of one week, you will be using it 7 minutes less than the previous week. Please don't go radical and reduce the time too much, this will not work if you are just reducing by a huge amount.

3. Now you can try blocking applications and websites which do not add any value to you and are just for wasting time. These can be social media sites, blogging sites, or even video streaming sites. Now once you have blocked the applications you have to make sure you don't unblock them.

4. Sometimes even blocking doesn't work and you might complain that you might just unblock whenever you feel the need. So, a better solution would be to use a blocker with a password and hence, tell your friend or acquaintances to set a different password and not tell you. In this way, you won't be able to unblock the sites and applications and hence get rid of your addiction quickly.

5. GET PROFESSIONAL HELP - This last step can be taken in extreme cases, addiction is not something that can be tackled so easily, hence sometimes it's very difficult to get out of it on your own, hence it's always better to get professional help from counselors and psychiatrist who specializes in de-addiction. Medical help might be an easier and safer way to get out of any kind of addiction.

More stories from Manthan Mohite and writers in Psyche and other communities.