by Manthan Mohite 7 months ago in love poems
Report Story

To the paradise within..... 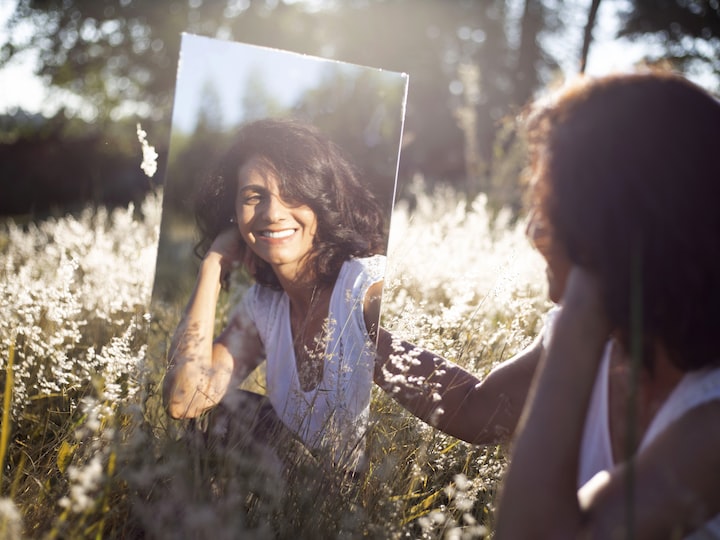 Photo by Caroline Veronez on Unsplash

For a long time, Oke’s been wondering

Where’s the paradise, sweating to find it

Began his search by asking the intellectuals,

but the universe trapped him in witless rituals.

He scaled all the mountains and catechized all the saints,

Went on for the perusal of the holy books,

read each of them till the last nooks.

but then, he saw an old man, dim and weak.

He mumbled something in a voice quite meek.

“The lost paradise had rested,

in a cave behind the hill near the narrow creek.”

With no waste of pulse, Oke began his journey

To the hill near the narrow creek

After 25 days of breakless walk, he could see

The destination of his answers and the long-lost paradise

Restless he went in, pitch dark, he lost his vision,

elated for the suspense of his answers, he lit his lamp.

But what he saw killed his contentment,

and the next second caused his enlightenment.

In the cave was a mirror placed at the end,

showing him his paradise that his soul took on rent.

The ultimate truth, he realised,

‘Paradise was nowhere but somewhere deep inside.’

More stories from Manthan Mohite and writers in Poets and other communities.