How an advertisement changed my life

by Christina Epperly about a year ago in disorder
Report Story

advertisements can be annoying but they can also be life changing. 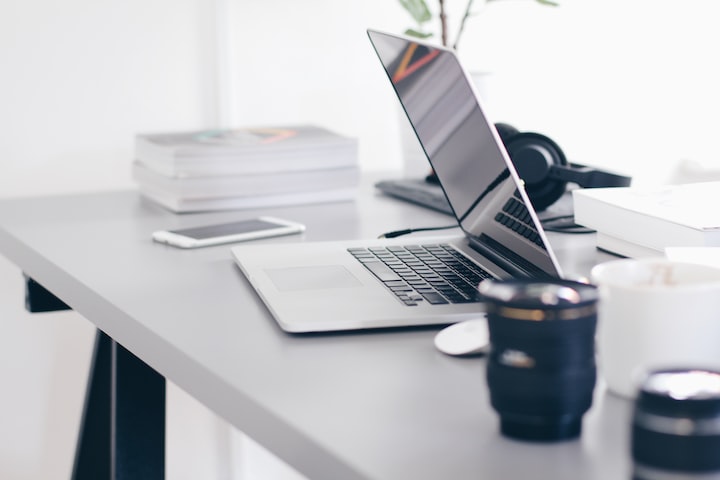 I will never forget the day that my mom told me about an advertisement she had seen online. I remember that we were in the driveway at nighttime. As my mom parked the car, she mentioned that she saw an online advertisement for an OCD study. Throughout my whole life I had always struggled with obsessive compulsive disorder commonly known as OCD for as long as I could remember. OCD greatly impacted almost every aspect of my life. Every day OCD controlled what I wore, what songs I could listen too and how I interacted with others. Even though I was on a medication and that helped to improve my overall mood and made it easier to function in everyday life. OCD still had still had a lot of control over my life and I struggled with it every day. After looking into the advertisement that my mom had told me about, I learned that it was for an OCD study located at the Rodriguez Lab at Stanford. I decided to contact them, and it was not long before I found myself being screened for the different studies that were currently taking place. After a few visits it was decided that I would be participating in a study focusing on Transcranial magnetic stimulation also known as TMS. TMS is a treatment that has been used for depression where a magnetic pulse is delivered to a certain part of the brain. This study was to see if TMS would have a positive impact on OCD patients in a short amount of time. The treatment would be done over a five-day period. I would arrive in the morning and receive TMS treatment at different times during the day. Before I could begin my treatment, I would need to get an MRI.I was a little nervous, but the MRI was not bad at all I was relaxed and felt liked I could fall asleep. I was excited and ready to begin treatment, however I was nervous because I would have to stay closer to the lab. I do not drive, and both my parents work so it would not be possible for me to make the trip that is about thirty minutes each way over a five-day period. Hotels in the area were not in the budget so I ended up staying in an Air B&B that was a short Uber ride from the lab. It was hard to not be able to come home after a long day of treatment, but I was so tired of living with OCD’s daily demands that I willing to be away from home for a while. A typical day of treatment went like this. Wake up super early, get ready get an uber to the lab, settle into my own room for the day then walk to the treatment room several times during the day. I had a good amount of time in between my TMS sessions but I kept myself busy by listing to audio books, blogging and doing word searches. Being apart of this study meant taking a break from my everyday life however I felt comfortable coming to the lab each day. The staff there were all supportive and friendly and they helped me to feel confident. I was cautiously optimistic when I become a part of this study. I wanted this treatment to work but you never know what is going to work or not until you try it. Even if this treatment did not work the way I hoped it would, I knew that this research would be used to help others that were having their daily lives interrupted by OCD. Fortunately, this treatment had an incredibly positive impact on me. One thing that my OCD controlled was what songs I could and could not listen to. One day during my week of treatment I was able to listen to one of my favorite songs. What would have been an everyday occurrence for a lot of people was an incredible breakthrough for me. My OCD had not let me listen to that song in a long time. It caused me to feel like something bad would happen if I listened to that song. However, that day I not only listened to the song I watched the music video as well. I was incredibly happy as I listened to that song. I felt so free as enjoyed a song that OCD had kept me from enjoying for so long. In addition to being able to listen to that song, TMS brought me many positive changes. I now had the freedom to control my everyday choices. I got to chose what I wanted to wear, listen to, and how I interacted with others. OCD no longer had the same authority over my life that it used to. My life had changed for the better in a huge way. The treatment reduced my OCD symptoms by about eighty percent. I still have OCD, but I am the one who is in charge of the choices now. I am so thankful that my mom saw that advertisement my life is much better now because of it.

Hello, there! I am a Blogger with a bucket list, big dreams and a love of writing. Some of my favorite things to write about include self care, blogging, and pets.

More stories from Christina Epperly and writers in Psyche and other communities.