by Sierra September 4 months ago in personality disorder

Psychopaths CAN be a productive part of society, so what causes some to go off the deep-end?

Surprisingly—or maybe unsurprisingly—there are plenty of psychopaths who are not just productive members of society but, more often times than not, are people of power in our societies.

Common career titles for psychopaths include CEO's, lawyers, salespeople, politicians, surgeons, and even members of the clergy, according to an author and Oxford psychologist by the name of Kevin Dutton who wrote the book The Wisdom of Psychopaths: What Saints, Spies, and Serial Killers Can Teach Us About Success.

Even serial killers have a method to their madness. But why do some psychopaths choose a darker route, while others choose to lead relatively normal lives? That's the million dollar question—and I believe that the answer may lie under our noses.

What Makes a Psychopath? 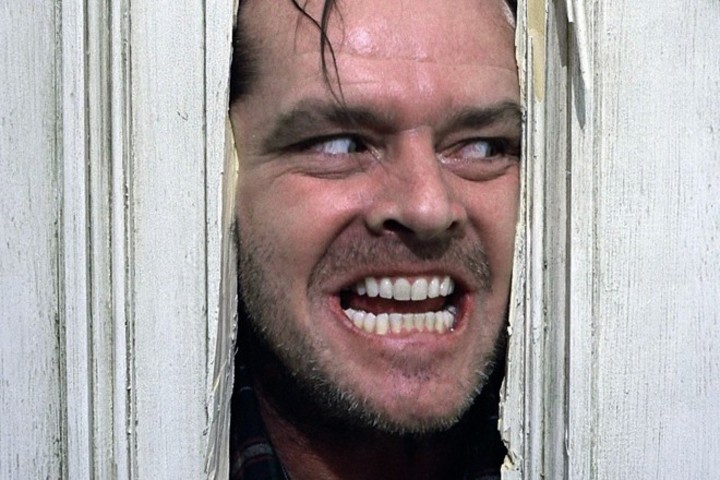 There is a growing awareness nowadays that psychopaths aren't actually as they are portrayed in movies. In fact, I think it would be fair to say that the world would be a hell of a lot scarier if they were.

Psychologically speaking, psychopaths are people who share a common set of traits and characteristics—or lack thereof—that set them apart from "normal" human functioning. Some of these traits include: 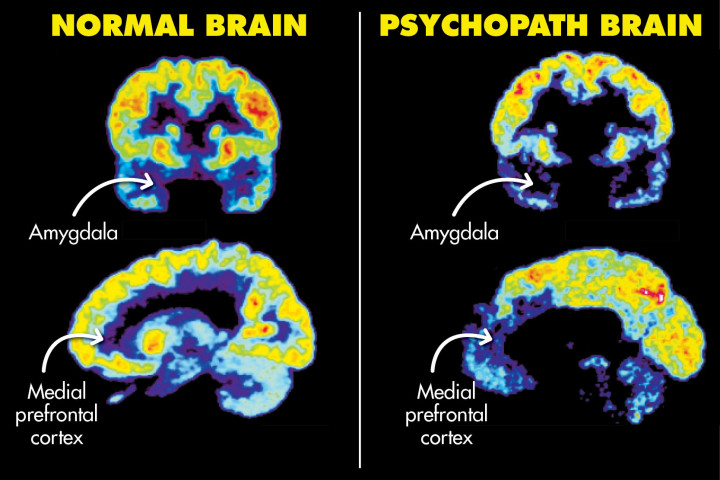 Some would say that their lack of emotions and inability to experience empathy is a sign of a lack of sentience, or consciousness. However, in the neurological sense, there is a way to explain their lack of empathy—aside from the environmental, developmental, and sociological factors that have impacted the severity of an already underlying propensity to psychopathy.

In contrast, however, when highly psychopathic inmates were told to shift their focus and imagine others experiencing the same pain, these parts of the brain responsible for empathy and empathetic decision-making were surprisingly untouched. In fact, highly psychopathic inmates actually had an adverse reaction. The ventral striatum—the part of the brain linked to the pleasure response—reacted instead in many of them.

It's important to remember that everything has a spectrum. In fact, we all lie somewhere on the psychopathy spectrum. The moderate and mild psychopathic inmates had a more normal reaction when thinking of others experiencing pain. This could mean that the higher the degree of psychopathy, the more lack of empathy and emotion the person possesses.

So, what makes a psychopath functional?

Psychopaths comprise around 1 percent of the general population and 23 percent of incarcerated inmates. This shows a staggering difference between functional and non-functional psychopaths. Though we don't truly understand what makes a psychopath "functional" versus "non-functional," there may be some signs that can potentially point us in the direction of the answer.

Sounds kind of ironic for those who can't experience much emotion to be emotionally smarter, doesn't it?

For example, Edmund Kemper III; the boy who was incarcerated at the age of fifteen for murdering his grandparents, released at the age of 21, and reincarcerated almost a decade later for the slaughter of six women (including his own mother); is highly emotionally intelligent. Granted, he also possesses an IQ of around 140 or so, but it is fundamental for serial killers and psychopaths to be able to manipulate situations to go their way. He understood what body language to use, what tone to use, how he should phrase his words, and even how his facial expressions should look. Part of the reason he was able to evade arrest for years was by being a "friendly nuisance" to police! 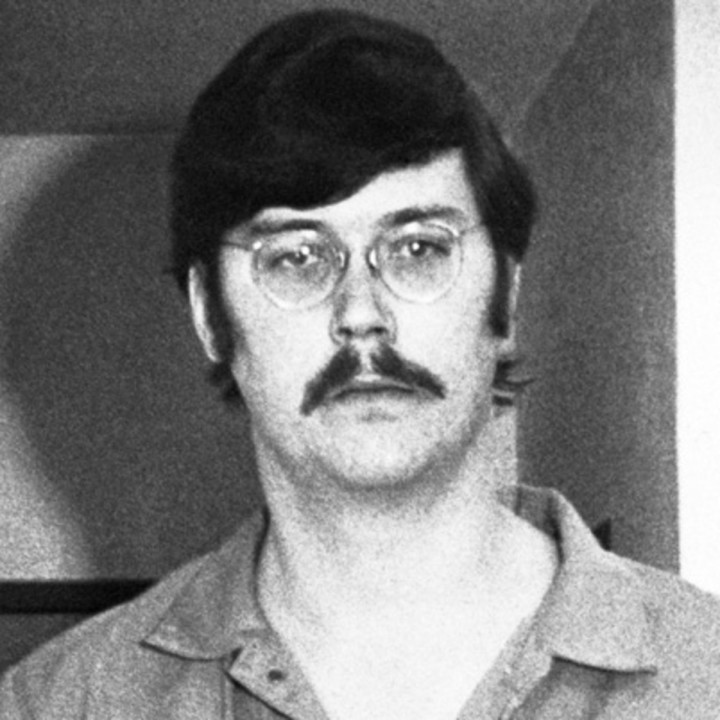 Now, in my opinion, anyone who's committed murder a few hours ago and then goes and hangs out with the police, at a bar no less, who are investigating the murders has got to be nuts! Right?

Or, take Theodore Cowell-Bundy (Ted Bundy) for example, with an estimated IQ of 124-136, or even Jeffrey Dahmer with an IQ of 145. It definitely makes it seem that the higher the IQ of a psychopath, the more devastation they cause and the more violently they behave.

On the contrary, the average IQ of the average serial killer is only 94.7 (an abhorrently ordinary score in the grand scheme of things). So, if IQ doesn't play a main role in a psychopaths functioning, what does?

Again, this brings us back to emotional intelligence. Take serial killer and psychopath Gary Ridgway for example, with an IQ of only 82. Gary Ridgway was a psychopath and serial killer who mainly targeted and murdered sex workers and underage runaways. His theory was that "...no one would miss them when they were gone... He was doing a public service by getting rid of them, anyway." 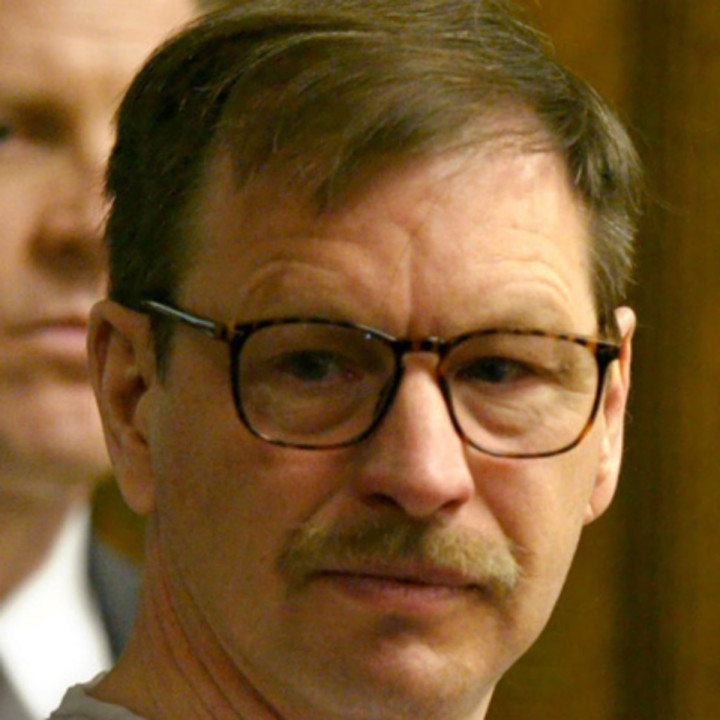 "I don't believe in man, God nor Devil. I hate the whole damned human race, including myself... I preyed upon the weak, the harmless and the unsuspecting. This lesson I was taught by others: Might makes Right."—Gary Ridgway

Although Ridgway allegedly has a relatively low IQ, he was able to murder 49+ women and girls in the between 1980 and 2001 before finally getting caught. This may partially be due to the women he was targeting (as unfortunate as that sounds).

He also had countless violent tendencies and acts that were recorded throughout his adolescence and early adulthood. So, why wasn't he caught sooner?

Although Ridgway was arrested in 1982 and 2001, both for sex (prostitution) related crimes, he was not found to be what the media had dubbed "The Green River Killer." In fact, Ridgway passed a polygraph test regarding the murders in 1984, although he was a deemed a high suspect in 1983.

Ted Bundy was actually used to assist in capturing Ridgway by providing input and opinion on the psychology of serial killers and his mannerisms. It was a comment Bundy made that inevitably led to Ridgway's capture when Bundy stated that he thought the killer was probably revisiting his "dump sites" and that if police found a freshly dug grave to stake it out and wait. This the police put into action and used to capture the Green River Killer in November 2001.

The short way around explaining how he was able to evade arrest for over two decades is to look at his emotional intelligence levels. Ridgway often used pictures of his son to gain the girls trust. In other words, he used his emotional intelligence to lure these women to their ultimate deaths. He also understood not only how to manipulate these women, but how to read them and decide if they would be someone who would immediately be sought after. In other words, would these be people that would be missed or found missing fairly quickly?

If I lost you somewhere in the fog, let me recap: All of these serial killers used the same psychopathic traits that allow CEO's, lawyers, and other successful psychopathic people to get ahead. The difference is in how they used these abilities and what they used them for. 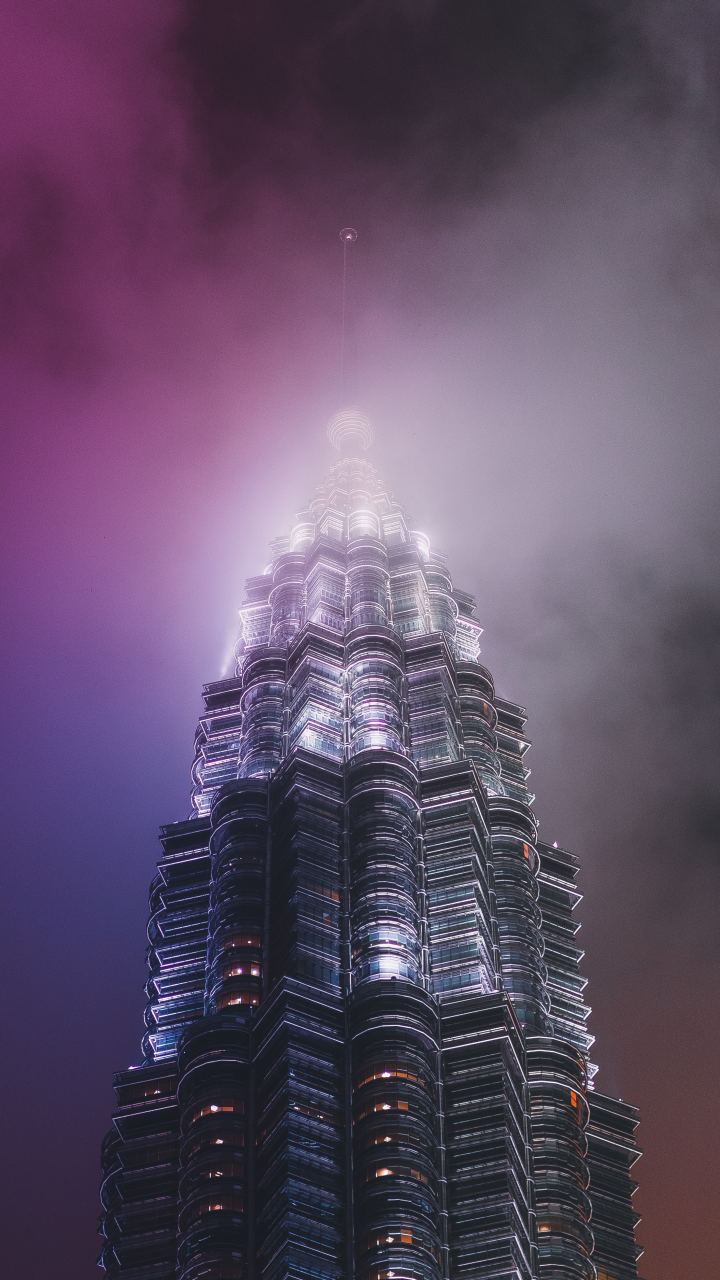 Added to emotional intelligence is that incessant need for more. The need to keep building and building their "collection", whatever that may be; intelligence, money, bodies, etc.

Ted Bundy was described as having a lack of ambition, which led many psychologists and criminologists to believe that he probably had a more average IQ than people thought. My thoughts are that psychopaths seem to lack ambition simply because they are ambitious about so much—too much, if you will.

A psychopath has more time to dedicate their mind to learning other things of interest to them, without the cloud of emotion or the worry over right and wrong or what other people may think. This can open their minds to all sorts of possibilities, including murder.

Get on with it already... What's the DIFFERENCE?!

Simply put, and in a completely hypothetical manner, I believe that the difference lies in a few facets:

1. Psychopaths, as we know, continuously need more rigorous stimulation to function. This stimulation, usually, coincides with whatever interests the psychopath (from my experience). If the psychopath gets to a certain point; let's say they value power, for example; that psychopath will continuously justify more and more radical behavior to get to where they want to be. This can eventually lead to murder. Every interest and value can lead to murder in an extreme sense.

2. Depending on the level of psychopathy can determine at what approximate age that psychopath may become dangerous, if at all. Every psychopath has the propensity to become dangerous, but the age spectrum is very broad. A psychopath coming from an inattentive and unsupportive family may become a killer sooner than a psychopath that has had a support system (you can't ignore the developmental and environmental factors completely).

3. It is easier for psychopaths to justify things such as murder because of their lack of empathy. Psychopaths have a completely different way of thinking of things, and it almost seems that they understand the way they think in a totally unique and introspective way that is beyond that of a "normal" person. They understand what they are doing; and that makes them that much more dangerous if they choose to go down a destructive path.

Can we teach psychopaths to be "normal"?

In conclusion, it may be another hundred years before we can definitively say that we understand the psychopathic brain, how it works, and how to treat the 'not so productive' members of society and teach them to function normally.

Even so, I have hope that even non-functional psychopaths may, someday, be able to learn to be members of society in a productive way. It's not a very favorable opinion, but it is mine.

I hope that this article has helped you to gain some insight into the way a psychopaths mind works, how it functions abnormally, what makes a functional versus a non-functional psychopath, and maybe even got some ideas of your own on the subject.

Any requests for content, comments, concerns or otherwise can be submitted to [email protected]