Smoking Salvia Gave me a Glimpse of Reality

by Alan Thompson 6 months ago in humanity
Report Story

And it Scared the Living [email protected] Out of Me 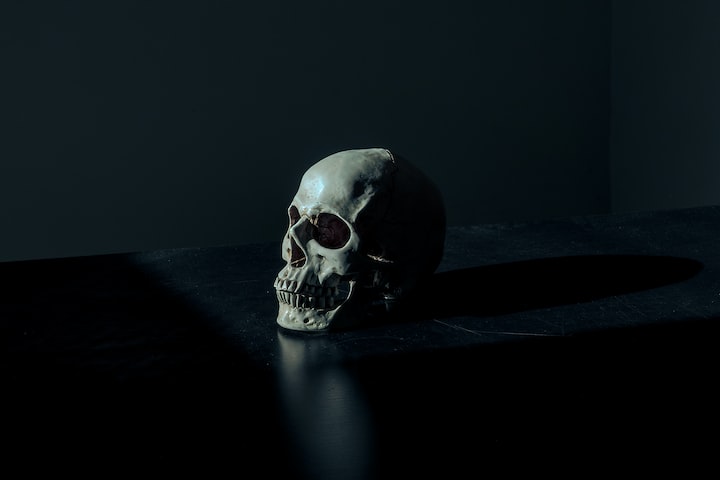 I like drugs. They fascinate me — specifically, psychedelic drugs. I’ve been ashamed of that my whole life and I must say, It feels damned good to let the cat out of the bag. It doesn’t seem to fit into the modern narrative of who one should be, what one should strive for, does it? It certainly doesn’t fit into the “philosophy on life” that was crammed down my throat, I’ll tell you that much.

Raised in a militantly religious family with good morals, I took communion — whoa the retrospective irony in this statement — in what we called “chapel” (think of church for school children — fun, right?) at the Christian school that I attended. Christian school, for those not familiar, is where I learned about most everything one learns in a secular school, with just a bit of a religious slant on it. Readers that attended similar schools will probably literally feel the sarcasm pouring out of that last sentence. It was a bottleneck — a divinely inspired, educationally hindered nightmare. I still cringe.

There I was, twelve or thirteen years old, sitting in a darkened auditorium, listening to a pastor tell me about how important this ritual was; while sipping grape juice from a tiny plastic cup. This… was communion with God. Needless to say, after watching most of the religious authorities within this school, our church, and my family drop the act as soon as they left the watchful eyes of other churchgoers, I was immediately disillusioned with anything and everything the church had to say.

I knew that religious dogma wasn’t for me; it’s not that I didn’t believe that there must be some truth in there somewhere, it’s that somehow, I felt it all came from the wrong place entirely. I began to feel the resonance of something deep within me that told me there must be something else — something more to life. “Hang on”, it said. “I’ll show you.”

Years passed. I was now in my mid-twenties. I had begun to turn to substances that numbed me, my soul literally crying out for something else. Something more. That voice within had become so loud, so conflicting with the life that I was leading, that I had to stop it. I had to! We just couldn’t coexist like this any longer.

To mute that pain within, I used all sorts of things, opiates, alcohol — but every once in a while, a little bit of cannabis, or mushrooms, or even heavier trips, like Salvia Divinorum. Sounds like something straight out of Hogwarts doesn’t it? Turns out, it’s one of the most potent psychedelics on the planet — and for a while, you could legally purchase this stuff in head shops!

Now I’ll admit, initially, my goal with things like psychedelics was to escape. No different a philosophy than any other drug that I was consuming at the time. But that’s the fascinating thing about psychedelics. They’ll let you get away with a bit of recreational use for a while. It’s quite funny actually; luring you deeper with the superficial goal of collecting cool kaleidoscopic visuals and all sorts of interesting sensations. Watch that edge though. It’s razor-thin.

I’d purchased an ungodly large amount of Salvia that came in the form of a hermetically sealed plastic bag filled with dried leaves. You could get different strengths, so of course, I purchased one of the “let’s get a good look at the devil” variants because more was certainly better in those days. I grabbed a small, glass pipe and drove home, where I put the drug away for when the time was right. The first couple of sessions were relatively uneventful. Mostly some weird closed and open-eyed visuals. There was also an uncontrollable urge to laugh. The high lasted about ten minutes tops. Admittedly, however, I had been nervously ‘feathering’ my dose a bit, terrified of going insane or worse.

There also seems to be a necessary accumulation period with Salvia before the big ‘send-off’. Tired of the baby steps, I found myself alone one day and decided that this was the day I was going to go for broke. Always a master of setting, I decided that the bathroom was a great place to embark on this journey into the unknown. I sat on the toilet as the flame from the see-through, red plastic lighter lapped at the crushed leaves in the pipe. I inhaled the smoke deeply into my lungs, and distinctly remember the words “fuck it” passing through my mind as I did so.

Suddenly, my reality began to distort. Thoughts, sights, and sounds swirled violently in the background of my mind. Control over these things became just another idea that was being observed like everything else, swirling, undulating, crashing — and then, I popped out of existence. Just like that, the entire concept of existing as a separate entity vanished entirely. I was no longer me, observing phenomena, there were only phenomena.

As this was taking place, somehow, I realized that I had become — of all things — a hairbrush. But that wasn’t exactly right. I hadn’t become a hairbrush; I had always been a hairbrush. Time stopped completely as this hairbrush reality settled in and seemed to lock itself into place. Had I dreamed my entire previous existence? I was stuck. This was my true reality and I was destined to live like this for all of eternity.

Waves of terror washed over me. All of my memories seemed so far away from the place where I existed now. I wanted to scream, but there was no control over these things now — hairbrushes don’t scream. To my deepest existential relief, after a few minutes of this hell, from the depths, the me that existed (before becoming a hairbrush) began to claw its way back to the surface of consciousness. I ripped my way back into reality like I was exploding through the ice of a frozen pond, breathing deeply, my heart racing out of my chest — never again. As I began to catch my composure, my eyes slowly focused on my girlfriend’s white, plastic hairbrush, sitting on the worn, blue Formica countertop in front of me. A smile crept over my face.

It would take me more than a decade — and several other psychedelic and meditative experiences — to understand what happened to me in my apartment bathroom that day. I had experienced a micro-glimpse of what has been referred to as samadhi, non-duality, divine nature, or colloquially as ego death. For the most fleeting of moments, this ego flashed out of and then back into existence. The terror that followed was my own ego trying to understand the situation; attempting to symbolize and then fight this brief taste of the truth of reality — I don’t exist.

The ego will not — absolutely cannot, ever understand things on this level, though it will try. Instead of simply seeing a brush, a threatened ego saw a prison. “I’m stuck as a brush forever.” Ego cannot ever imagine a reality where ego doesn’t exist, because true reality is not imagined; it is here, present, now, eternal — without a narrative — true communion with God. That’s not to say that the ego is a problem; ultimately, it’s all passing phenomena anyhow…

More stories from Alan Thompson and writers in Potent and other communities.