by Adrian Chambliss 2 years ago in self help
Report Story

How To Name the Voices in Your Head 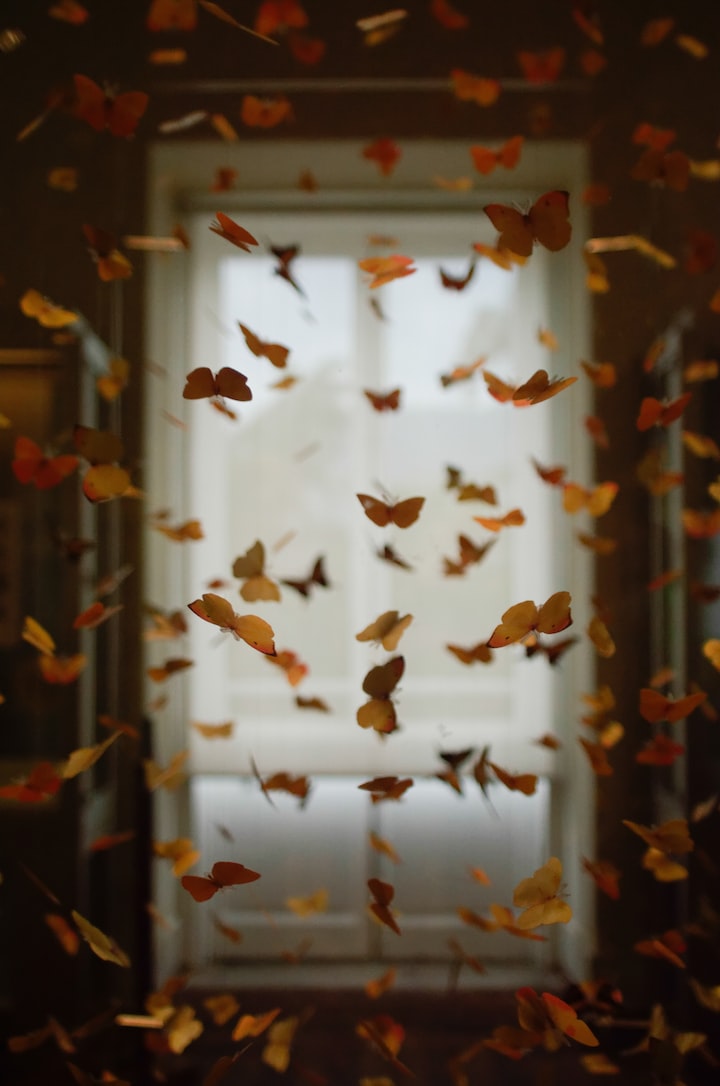 Let's say, for the sake of argument, I self diagnose as "insane". A videogame told me once that the "definition" of "Insanity" is "doing the same, exact thing over and over, with the intention, hope, or belief that a different result will occur". I would then have to conclude that I adhere to this method of thinking and thus, there is a pattern I have found to be the "end all, be all" of tactics, my "Ace in the hole", even when the white rabbit dug so damn deep.

I digress; the point I make is that I believe I adhere to the falsehood of "meaning", by which I believe there is meaning in everything. Every word, every action, any happenstance in my observed simulation is a specific code that an overseer made certain existed for me to "discover". This is a sickening, maddening way of thinking, I've come to understand; there is no discernable reason for any thing to have or be without meaning, as to say it doesn't matter to begin with. What is the meaning of Death? Does Death have "meaning"? If it is to have meaning, is it more or less to define the "meaning" in our lives, as Death is inevitable and eternal and life is fleeting?

At most, you would want to have your life "mean something" before you are laid to rest, which is understandable, but highly overrated. Kings die. Presidents can be assassinated; the ideals of immortality usually come with the shortest lifelines. Perhaps your actions can reverberate kindness and bliss throughout time, or you could be mercilessly quoted out of context to befit an otherwise personal agenda of an individual's Instagram story. The relevance to your actual history isn't always what people care for when they wish to convey their narrative through your poetry. What's in a name?

Perhaps you don't desire your conquest to write history and you're satisfied with being in the credits of a particular movement, or have the privilege to say you were a part of "history". That's fine, until they've effectively cut your part due to time, thus removing the purpose, desire, and necessity of mentioning your name on the books, only for everyone to really only remember the names of the people they saw in the news. To find meaning in the chaos of approval would be more fitting as a new circle of Hell for this generation. If things were to truly depend more on someone's desire to vouch for you in an industry than one's known accolades and awarded achievements in a field of study, to "mean" anything sounds more relative than universal.

The journey to find the "meaning" in anything has led me to dark corners indeed, but more fun was had in those shadows than hurt. Though new circumstances give room and way to brighter days, memories flicker and fade. Obsolete to their creator, they find purpose in being forgotten, their pedestal succeeded, their duty fulfilled. We often endure this process subconsciously until a revival of thoughts occurs out of necessity, these memories spring forth anew to share their wisdom once more. When it is nostalgia, sweet or bitter, we fond over simpler times, laugh to ourselves our mistakes, and silently vow never to repeat them with our bodies. There we are, anew. Why were we ever anything other to begin with?

On the edge of suicide, you will find the magic happening; you mind creating its justifications for your failures, developing the narrative of your totality. You can watch yourself explain to you the "meaning" and "purpose" of your Death, and what you'll "hear" will probably be akin to it "being necessary". Maybe your death will result in happiness, a better union between your family and peers, world peace and order, and and flying cars in the near future, but you can never prove any of it, can you? So for those of us who pulled away, we're left with only one probable understanding of "life"; it is, by its very nature, meaningless without our definition of "meaning", or at the very least, we are the harbingers of "meaning", itself. Who, but us, keeps history? Who's responsible for keeping the score around God's green earth? No one but us, it would seem.

The beauty of it all is that if you are willing, you are allowed to retrace the steps of your journey and take a new path. If we are in agreement, and we wish to continue to define ourselves in our enlightenment, the probable dies and becomes one with possibility. "True freedom" is established in the death of "Ego". It is the only esoteric function of our existence. I'll let you know how it goes for me.

I'm a writer who enjoys studying different schools of thought, such as Philosophy, Theology, Sociology, and Psychology.

More stories from Adrian Chambliss and writers in Motivation and other communities.