A Way For More Things To Be All Sunshine And Roses 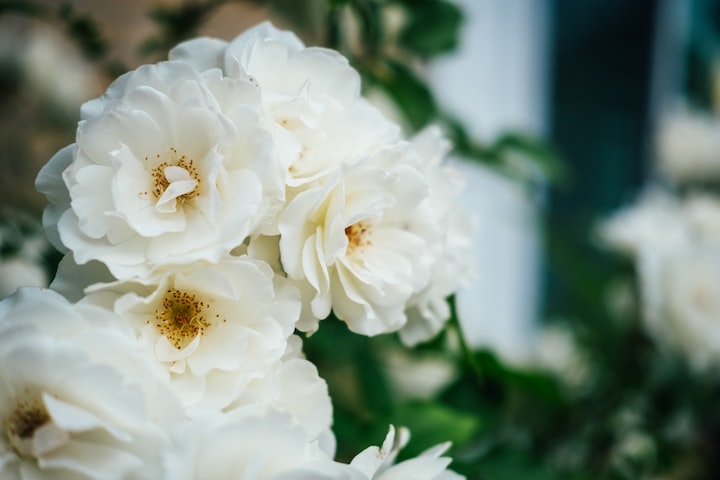 Photo by Tyler Davis on Unsplash

Why is the world so completely screwed up? It's not that bad. It just feels like it's headed in the wrong direction. It's the 21st century, and humanity hasn't learned much from the past. Some may find that assertion disagreeable. I challenge them to look into the past and see all the mistakes mankind has made, and then have repeated them.

Humanity must enjoy a good challenge. Why else would we continue down our path of ignorance and destructive behaviors? There are reasons outside of stupidity. There are seven of them that haunt humanity's every waking hour. Unfortunately, they're the things that make us human and the things that hold us back from being what we can be.

The Seven Things Holding You Back

Seven things are holding you back in your life, or seven things will hold you back if you let them. They are the Seven Deadly Enemies Of Man. Like enemies that are there attacking your existence, they are the unconscious acts of our hubris that attach to our being, dragging us down, and keeping us from progressing. Your seven enemies will hold you back from achieving your dreams and show your life is out of balance with their effect on your goals, your mission, and your productivity.

"Love forgives the lover even his lust."

Have you ever "pigged out" at a dinner, a holiday gathering, or just because something tasted great? That's gluttony.

Gluttony is defined as excessive indulgence, excessive eating, or drinking. One might ascertain that an alcoholic is a glutton. People who are overeaters and suffering from excessive weight may be gluttons. Certainly, someone that develops a drinking problem may be guilty of gluttony.

"Oh, pity the poor glutton, whose troubles all begin, is struggling on and on to turn, what's out into what's in."

Gluttony applies to anything that you can't get enough of, being insatiable. While there are some things that you might want to be a glutton about, others are a detriment to your health, well-being, and productivity in life.

Have you ever known a sloth? We've all known one or two in our day. Some people will be perfectly happy to go to work but at home, they may not be of much help.

We've all gotten down about life, lost hope, struggled to find our ambition, or maybe we've known a person that was popularly referred to as a "slug". The things that make us lazy or unambitious one day may cause us to suffer regret the next day. Wasting a day, or a week, or an opportunity can be as mentally stressing as what makes us feel like wasting time just sitting around.

When someone says the words you shall suffer my wrath, what do they mean? Wrath is often looked at as being synonymous with a vengeance. However, it is also defined as strong and vengeful anger or indignation.

Wrath may be the scariest of the seven enemies in our lives. Wrath can make even the most upright, law-abiding, decent citizen, capable of evil acts in the name of getting revenge. Many of those acts are even understandable in the eyes of other members of the citizenry. That makes it all the more dangerous as those acts come close to allowing people to act with impunity.

As a younger man, something happened to a loved one that would have angered any man. Before the details were even clear, people feared what the response would be. That's how scary wrath is to the world.

Greed is good. What a famous line by Michael Douglas. When Gordon Gecko uttered the words "Greed is good," he set the tone for one of the most intriguing movies about the evils of American capitalism.

What he was likely speaking about, was that it is the most important incentive for people to work hard, get a good education, start a business, or invest in a company. This is how you define productive and contributing members of society. In return, people are paid a salary, become more educated, and with any luck, build wealth so that they can live a full and prosperous life.

This also motivates other forms of greed. Greed becomes the root cause of stealing, robbing, hoarding, plundering, and treasonous actions. Greed is a motivator when people are driving to do unethical, immoral, and illegal things in the pursuit of more money.

"That same night, I wrote my first short story. It took me thirty minutes. It was a dark little tale about a man who found a magic cup and learned that if he wept into the cup, his tears turned into pearls. But even though he had always been poor, he was a happy man and rarely shed a tear. So he found ways to make himself sad so that his tears could make him rich. As the pearls piled up, so did his greed grow. The story ended with the man sitting on a mountain of pearls, knife in hand, weeping helplessly into the cup with his beloved wife's slain body in his arms."

It's alright to keep moving forward, never be satisfied with what you've accomplished, and continue to reach for the stars. Yet, if we forget those that are important to us and those things that truly have value, our greed has brought us to ruin. Greed can ruin even the best of men, the strongest of leaders, or the most kind of women. It's something we can all be seduced by.

Envy is the least fun of the deadly sins, your enemies of progress and success in this life. Feeling envy happens when faced with someone who has something — a possession, a quality, or an achievement that you don’t have.

In simple terms, envy is the pain or stress we suffer as people that is caused by a desire for the advantages of others.

“Four be the things I am wiser to know:

Idleness, sorrow, a friend, and a foe.

Four be the things I’d been better without:

Three be the things I shall never attain:

Three be the things I shall have till I die:

Laughter and hope and a sock in the eye.”

Pride is the strongest of the Deadly Enemies of Humanity. All of our species suffer from Pride. Pride is powered by your emotions. Your emotions are your intelligent feelings. Over your life, you have learned to react to things. When you have too much pride, you’ll be less assertive due to the fear of being hurt. Excess pride will slow you down when you don’t know things in a situation, especially when you are confused or afraid to admit you don’t know.

Your walls that you build are compromised when your wall of protection around your feelings becomes vulnerable, fearing you’re going to be hurt. The degree to which you are hurt is correlated to the amount of pride you have.

“Pride causes disunity among different classes as each of the classes is struggling to surmount the interest of others. A proud person always finds it difficult to accept the reality of life. He always disagrees with anything that does not arouse or apprise him. A proud man is a class creator; he doesn’t mix up with people that are not of his illusionary class. He creates factions wherever he goes; he is a factor of disunity.”

— Michael Eneyo, Page 96 of “Philosophy of Unity: Love As An Ultimate Unifier

Where The Enemies Lie

To find the seven things we must defeat to enjoy a full life and our successes to the fullest, look no further than in the mirror. In one of the most famous historical stories of man's history, a brother killed his brother because of envy. The seven sins, or Seven Deadly Enemies, reside within us all. It is up to us all to decide how we deal with the emotions that cause our enemies to have the power they do. We can either conquer them or allow them to victimize the lives we have and not allow us to continue towards the lives we want.

Sloth keeps us in an unhealthy state when frequently succumbed to by humans. We spend our time thinking about what we should do but rarely do them.

By not allowing our pride to rule us, we continue to grow and achieve when it could have held us back. Remember a time when your pride got in the way. If you’re a guy, that shouldn’t be hard.

Envy is simple to control because it relies on us to suffer because we don’t have something. Turn that emotional energy around and commit to achieving or acquiring what it is you’re envious of.

To combat and defeat greed, one must first embrace that greed is good. We have to temper our greed with an appreciation for what we have. When we do that, we can continue to seek out more for ourselves while enjoying the small success we’ve had along the way.

Wrath requires a simpler exercise if you want to defeat its damaging effects on your life. Defeating wrath can be done in one of two ways. One, adopt a philosophy of forgiveness. If that’s a little too pacifist for your liking, there’s a second option. Intellectually look at the risks of succumbing to wrath. Who will you hurt, and what price are you willing to pay to hurt that person? Taking a long hard look at the price of wrath will hopefully turn most people away from the acts associated with the darkest emotion.

Gluttony is an exercise in discipline. Disciplined people don’t succumb to gluttony. By not succumbing and developing discipline, its ravaging effects on your body and your mind are not a risk.

More stories from Jason Ray Morton and writers in Motivation and other communities.