Coronavirus: a virus or social revelation?

by Shamar 6 months ago in humanity

It shouldn't take a nationwide pandemic to make changes.

Personally, I have been following the news regarding the coronavirus since the beginning. Put that down to my anxiety, me playing the game 'Plague' far too often, or my general concern about how this could affect the world, but I have safetly come to the conclusion that COVID-19 is bad. Bad because once it infultrates the human immune system you could potentially die. Bad because it has caused major social and economic disruption. Most importantly, bad because it's uncovering truths that people do not want to hear and choose to ignore.

Ever since the dreaded "UK first coronavirus case" headline in the news I had a feeling things were going to change, and drastically, for a long time. I voiced these concerns to colleagues, friends and family and all I received was the typical "everything will be fine" or "all this will be over in a few weeks time" and "it's just a bad flu". As the days went on things started to become more serious as the virus was (and still is) spreading from person to person, country to country and it seemed that people were not wanting to hear the negativity upon us. Why is that? Well, understandably no one wants to hear anything negative regardless if it's on their front door step or not. But this isn't just negative news, this is reality. 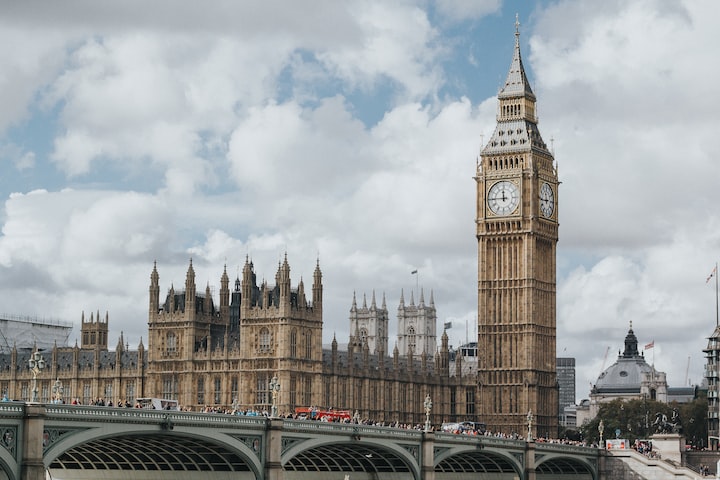 By Marcin Nowak on Unsplash

On the 12th March 2020, Boris Johnson announces we are moving out of phase one of the four point plan and into phase two, the 'delay' phase, in hopes to stop the virus from rapidly spreading. Social distancing had been advised along with 'remember to wash your hands'.

From what we have seen so far, a vast amount of the population have not followed government advice. Why is this? Well, it is forgotten that we are a first world country. We do not understand the importance of collectivism and culturalism. Those living in a third world country have to develop new tactics in order to survive whereas we have the world at our hands. Survival is all they know. On the contrary, British people are not used to adapting to new environments and new rules/laws are extremely hard to follow, simply because we don't want to. We don't like change because we have never had to deal with major change.

Our beloved NHS staff are working non-stop to keep people alive. This 'non-stop' is literal and has caused supermarkets to dedicate particular times of opening so they have a chance to grab daily essentials, including food. But once again, people do not listen to this advice and choose to form an endless queue so they can stockpile and 'panic buy'. People are even pretending to be NHS staff so they can go into the supermarket early. Why is this? I think I can answer this question on my own; because in unprecedented times like this, it's every man/woman/any other gender for themselves.

Is anyone actually shocked by this any of this? I most certainly am not. This virus has come to unfortunately take away our loved ones, cause extreme inconvenience to us and reveal the selfishness of the human population. When in a global pandemic, when people are dying, risking their lives for strangers, we really aren't in this together.

Please note that there is some positivity to COVID-19. Some of this positivity can be found in the canals of Venice, Italy. For the first time in a number of decades, the canals have cleared and sealife have returned as quarantine measures have been implemented. The canals have been left untouched by human hands and mother nature can get to work once more!

Continuing on a positive note, the levels of carbon dioxide in the air have reduced. China have the highest amount of carbon dioxide emission production in the world contributing to about 29% of the worlds emissions. The second highest country is United States who contribute to 18% of world emissions. See the article below to see the drop of emissions in China from the beginning of the COVID-19 outbreak through to March. Note that in March it was announced that China have contained the virus and have slowly begun to return to work as normal.

Hang on a second, hasn't carbon dioxide emissions been an ongoing topic since the beginning of Extinction Rebellion protests late last year aside with the recent boom in veganism and vegeterianism to protect the planet? The answer is yes. Companies have tried to help reduce the amount of CO2 in the air including infamous switch to paper straws. Multiple scientists have warned us that the amount of CO2 needs to be reduced if we want to survive but it has taken a pandemic virus to REALLY lower the levels to a survivable standard and to get companies to stop mass producing from factories. Why is this? Once again, because no one cares. People are not willing to make even the smallest changes to their lifestyles, companies do not to change the way their products are made and governments are too afraid to implent serious laws that tackle this head-on. It has taken a deadly virus to force all this into place (and still the government fail to enforce anything serious).

So there we have it. I'm sure there are many more topics I could discuss, but I know you've had to up to ears hearing the word 'coronavirus' day in day out. Just remember to wash your hands, stay inside and look out for neighbours, friends and family.