A Diet Drink Nearly Made Me Swallow My Life

by Shamar 22 days ago in health 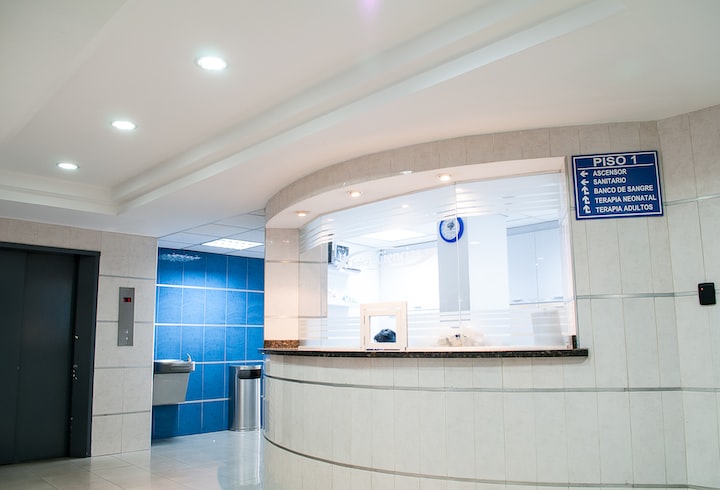 At the age of 23 with no underlying health conditions, I nearly had a heart attack. The entire thing was my fault. Due to a ridiculous pining to lose weight and keep up with the skinny girls on Instagram, combined with the weight I never really had in the first place, I had decided to consume a fat burner drink.

What is a fat burner? To put it plainly, they’re hunger-suppressants. They come in all different forms of liquids and pills but the one I had was a powder. You had to add 350ml water, mix it together and it becomes a tropical-flavored juice. At the time I purchased it, I just bought it as being a simple diet drink and had no associated anything negative with it.

I'm not going to include the company name in this article because if they come across this I know they will want it deleted. I'll explain more at the end.

How It All Began

My best friend had been the one selling this drink via her business account on Instagram. Many people had told me the biggest red flag was the fact that this company was using people via Instagram to sell their products and you couldn’t directly buy them from a website.

Lo and behold, it turns out she was working for a pyramid scheme.

A pyramid scheme is a business model that recruits members via a promise of payments or services for enrolling others into the scheme, rather than supplying investments or sale of products.

Upon research, I could see many girls were posting before and after pictures with this fat burner. You could indeed see some impressive results, especially on the stomach area! It took me a while, but I eventually bought into a two-week batch of the fat burner. It was delivered the same day as I purchased it from my best friend. So, I started the next day. I was directed to drink the powder and water combined every morning before I eat breakfast.

After about a week, I could see results on my waistline. Oh, how much it had shrunk! A beautiful sight. Bring on week two. Instructions stated that you are meant to take a day off, so this day off was Sunday.

When Monday came, I noticed a few changed in my body. My legs couldn’t stop moving, my heart was pounding faster than normal, I was experiencing breathlessness, I was sweating (only slightly) for no reason and I would dangerously only eat one meal a day. The juice stated it was meant to stop snacking, not completely cut out food! Nonetheless, I ignored all the warning signs because I could see my end results and just thought my body was going through a small phase.

Once week two was over, on Saturday I had a day party with some friends to celebrate a birthday. Of course, a lot of alcohol was involved. I do not usually drink alcohol so when I do decide to drink, it’s all or nothing.

One small bottle of vodka, some homemade Pimms, and cider later, I decided to join in on a game of football which was indeed comical because I was an absolute mess. 10 minutes later, I ran out to the front porch and was being sick behind my mate's car. Lovely.

Then I was sick again, and again. Throughout the entire night and even in the morning. Even though I did drink quite a bit, this was odd for me especially considering I had eaten.

Come Monday, my legs had the most disturbing pins and needles. I kept getting out of breath and could barely make it up the stairs without pausing. My heart was thudding and I was also experiencing odd chest pains. Sounds a bit like coronavirus.

Two days later, all my symptoms had worsened so I called my trustworthy doctor. He assured me that nothing was wrong with my motor neurons and that I just had to take ibuprofen for the pins and needles, which were disturbing me the most. So, I did.

The Biggest Turning Point in My Life

Around Tuesday, June 2nd 2020, 18:30 pm, I was having the most horrific chest pains. I was convinced I had coronavirus and I was out of breath when I spoke. My mum told me to take paracetamol because it was not advised to take ibuprofen with coronavirus symptoms, and none of it helped. Everything only worsened.

An hour later, I called 111 who told me to go to A&E. Was it coronavirus? No, it wasn’t. My test was returned within two hours because I was showing alarming signs of a heart attack and they had to be sure.

I was put on a drip, blood tests were taken and they couldn’t find a direct answer for my symptoms. When the doctor asked me if I had consumed anything illegal or dodgy within the last 24 hours, I just thought she meant meats or drugs. The diet drink didn't even come to mind at first.

After the doctor had done research on this drink via their hospital information, it turns out they are illegal in the United Kingdom, and multiple people my age had died after taking this drink for a short period of time.

Also, it turns out that this drink contains amphetamines and is pretty much just made of acid. That’s the reason for the sweating, shaking, impulsiveness, and rapid heartbeat. In regards to feeling full all the time, as the drink was made of acid it took up all the room in my stomach leaving little room for food.

Three days later, I ended up back in A&E because I had the same symptoms again but not as severe. It turned out to be a small angina attack, which is a chest pain caused by reduced blood flow to the heart.

How Things Have Changed For Me

Ever heard the saying health is wealth? At that moment in time, if I had continued to drink and ignore the signs coming from my body, regardless of how much money I would have had to pay the angels to give me another chance, I probably wouldn't be here today. Below are six things that June 2nd taught me:

1. The first thing I want to say is please do not buy any fat burners from third-party companies that do not display the actual website. When my friend was advertising the drink, they did not announce they were illegal in the United Kingdom (obviously, because they wanted to make money) and they only highlighted the so-called benefits of the drink. To put it directly, they only show you what they want you to see.

2. Do not buy from your friends, just because they are your friends. I reckon if I had seen these drinks being advertised randomly on Instagram, I would have thought of it as a scan and carried on scrolling away. However, because it was my best friend involved I immediately thought that the company was legit because I know she wouldn’t ever be involved in anything suspicious. Well, how wrong was I?

3. Do your research before you buy any product to do with health. When I purchased the drinks, I didn’t even ask for a company name so I could do my own research and look at other customer reviews. The only legit research I found out about these products is the ones the doctor showed me from a toxicology report.

4. There are no shortcuts to losing weight, do it the healthy way, or pay the price. I have tried to lose weight in many different ways over the years. Slimming World, Weight Watchers, running six times a week, and signing my life away to the gym. None of them had produced my desired results, why? Because I did not have the mental dedication. This time around, I tried to take a shortcut at it didn't work at all.

5. Just because you’re seeing results in other people, does not mean they will be your own. Everyone loses weight differently and there’s no specific place you can tell your body to drop fat. I did indeed see some results, but they’re gone now and at a very nasty risk.

6. Appreciate life because you never know when your time is up. If you had told me when I was a child, that I could have had a heart attack at 23 then I would not have listened to you. After all, we are sold the dream that we will live long and prosper when actually this is not the case at all. Anything can happen at any time.

As I said at the beginning, I won't mention the company name because they know everything I'm saying here more than likely happened and they will request for it to be taken down or worse. Why are you selling a product through Instagram and Amazon if you have nothing to hide? Why are you still selling a product where multiple people have died from using around the world?

Did I confront the company? I did. They mentioned me needing a lawyer and me getting proper hospital records so it can be taken further. I think it was one of the CEOs who emailed me (or supposedly emailed me) asking me for further information and that they consider this to be a very serious accusation. Hm, do you now? Because I consider setting up pyramid schemes through vulnerable girls who needed money during a pandemic to sell your illegal products pretty serious too, but hey ho. I'm just glad I'm still here.

Receive stories by Shamar in your feed
Shamar
Read next: Celebrate Feelings