Why Everyone Needs a Hobby

by Aaron Pace 19 days ago in diy / family
Report Story 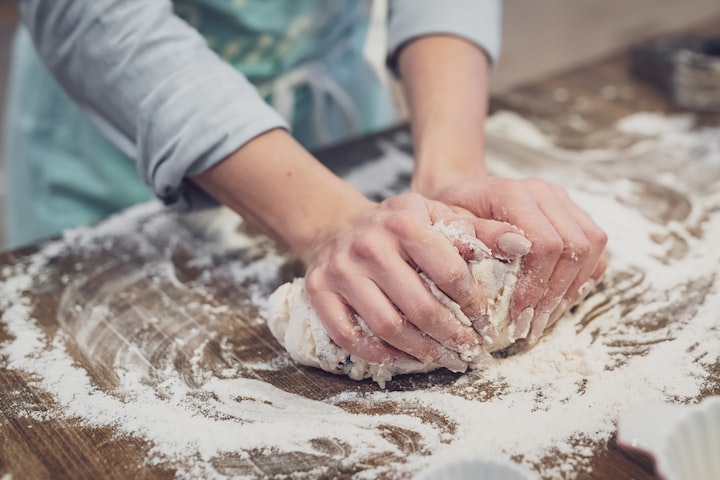 Photo by Theme Photos on Unsplash

At my house, my family knows that unless we have something else planned on Sunday afternoons, you’ll find me in the kitchen baking or cooking. That delicious-looking loaf of bread in the picture above is one of my recent creations: a healthy-ish cinnamon swirl bread. I use whole wheat flour that I grind myself, and almond and coconut flour. I also use Monk Fruit extract as the sweetener. Of course, it’s bread, so it doesn’t exactly fall into the health food category, but it’s at least not loaded with tons of processed ingredients. (The recipe is at the bottom, if you’re interested.)

My family loves this particular bread. I make it regularly and give loaves away to our neighbors and friends. I love the reaction I get from people when I show up, unannounced, to deliver a foil-wrapped loaf of bread straight from the oven.

Today was no exception to my typical Sunday afternoon. I decided to bake 5 loaves today because I’m flying solo at home for a few days and wanted to do something to occupy my time.

For baking bread, I have four wide pans and one narrow. I’ve known the cooking profile for the narrow pan to be a bit different than the wider pans (that produce a shorter loaf). I accounted for that in the cooking time (or so I thought). When I pulled the loaf from the oven, I was completely unprepared for what happened next.

At the appointed time, I took the bread from the oven. The narrow, taller pan was the first pan out. I flipped the bread out of the pan into my “hot mitt” before placing it on the cooling rack and was surprised by the quantity of gooey dough that I squeezed from the loaf without trying. Dough spilled onto the counter, down the front of the dishwasher, and onto the floor.

Half of the loaf was still filled with uncooked dough.

How could I have gone so wrong? The other loaves turned out as expected. Why was this one so different?

I spent only a moment trying to figure out it then gave up. Do you know why?

I don’t have to prove myself to anyone not even myself. (This is a key point I’m going to come back to momentarily.)

I don’t sell the loaves of bread to make money.

I bake, and I give the bread away. Unless they don’t turn out to be edible.

And sometimes they don’t turn out.

Once, I made four loaves and forgot to put baking powder in all of them. The loaves were only about 1.25" (~3.5cm) tall. They tasted okay, they were just really dense.

Once, I tried using ground flax seed and ended up with loaves that were really grainy; like eating a delicious loaf filled with sand.

Once, I got distracted and cooked the loaves so long the outsides had to be cut off because they were so crunchy.

Sometimes, the bread turns out really good. Sometimes, not so much. Like the half-cooked loaf of today.

Hobbies are like that sometimes. When you’re not trying to turn your hobby into a side hustle, you’ve got the luxury of being a bit (or a lot) sloppy with it.

I don’t bake bread on Sunday afternoons because I want people to think I’m the best baker in the neighborhood. I’m not. I do it because I enjoy it. I do like their reaction to the warm loaf, but I never ask them how they liked it. They may take one bite and decide it’s not for them, and that’s okay.

There are psychological benefits to having a hobby. Researchers have found that “engaging in creative behavior such as a hobby leads to increases in wellbeing that lasts until the next day (and beyond).” This, in turn, leads “to an upward spiral of increased wellbeing and creativity.”

And, because progress in a hobby doesn’t have to be measured, it takes the pressure off progressing. It’s generally true that the more you do something, the better you get at it, but the pressure’s not there with a hobby. Improve. Don’t improve. It doesn’t matter.

Other than the occasional mess to clean up, there’s no real downside to most hobbies. There’s just the enjoyment of creativity.

In the United States, in particular, there’s pervasive encouragement to have a side hustle or figure out how to monetize just about everything we do. Of course, there’s nothing wrong with making money doing something you love, but if you do something with money as the first objective (and don’t call it work) then much of the enjoyment goes away. While I enjoy baking bread immensely, I have no plans to monetize it. That would take away from my core purpose for doing it: relaxation and fun.

A final word. There are certain hobbies that are of greater creative value than others. Reading, writing, or being creative or active in some other way is better for sparking creativity than binging a TV show, for example. Unless, of course, your hobby is writing blog posts about obscure TV series in which case that might be exactly what you need.

Having a hobby doesn’t require a lot of time either. Hobbies can absolutely become overly time consuming. Hobbies, like work, have to be done in moderation (writes the guy who has serious over-work issues). There’s a good chance you have responsibilities outside of work and hobbies so it’s important to strike a long-term balance.

If you’re looking for hobby ideas, Burlap and Blue has a short list of 1,000 hobbies you might consider. The link’s below (not an affiliate link).

Bake in preheated oven for 45 to 50 minutes, or until a toothpick inserted into center of the loaf comes out clean. Let cool in pan for 10 minutes before removing to a wire rack to cool completely. Wrap in foil and let sit overnight before slicing.