Why We Need More Powerful Good

by Aaron Pace about a month ago in humanity
Report Story 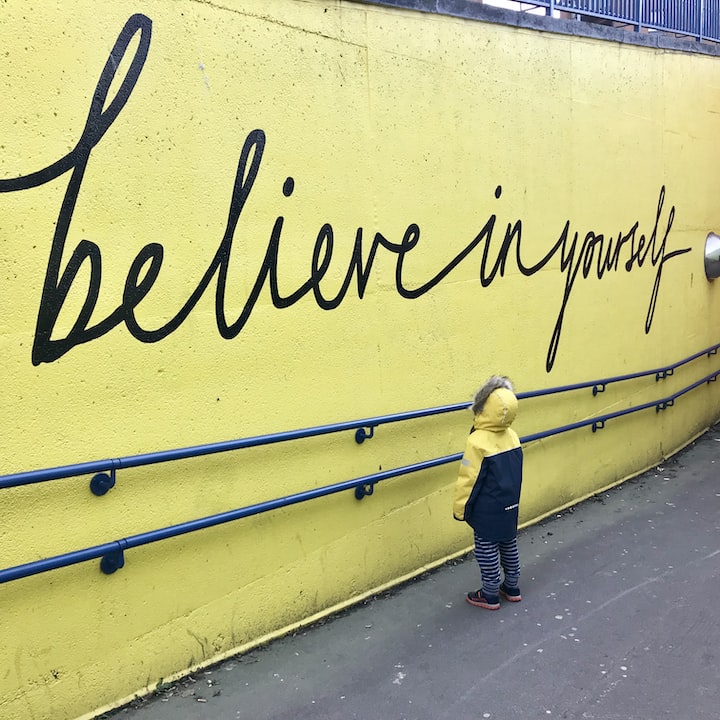 Photo by Katrina Wright on Unsplash

If you’re human, you know people have a number of ways to communicate with each other.

There is, perhaps, no method more powerful for building people up or tearing them down than words — written or spoken.

I’m fascinated by words. I love that there are people gifted in the use of language who use that superpower for good — for the purpose of building people up or entertaining them in positive ways. I am saddened by those people who use words to tear others down.

The message that we live in tumultuous times is nearly as frequent as 24x7 cycle of showing us the chaos that seems ubiquitous.

There is a lot of tumult and commotion in the world, but it’s not nearly as bad as the news and social media would have us believe. Even a highly visible, extraordinarily good deed (saving multiple families from a burning building) will rarely receive as much press or sensationalism as a bad deed. Virtue, it seems, doesn’t earn ad revenue the way scandal does.

Sometimes, words touch us, sometimes they move us, sometimes they create in us a desire to do or be different, and some they hit us so powerfully as to create a motive force in us that propels us forward toward making a difference in the world, regardless of how small that difference may appear in the eyes of the world.

Consider each of these short quotes for just a moment. Contemplate how they impact you. Perhaps they move you toward action.

The greatest glory in living lies not in never falling, but in rising every time we fall. — Nelson Mandela

Spread love everywhere you go. Let no one ever come to you without leaving happier. — Mother Teresa

Many of life’s failures are people who did not realize how close they were to success when they gave up. — Thomas A. Edison

Each of these quotes likely has a measure of applicability regardless of the situation or circumstance of your life.

We live in a time when we can either contribute more to the problems faced by society or be a part of the solutions. Considering that can be overwhelming. “What can I do against such great difficulties?” might be a question you ask yourself; a question that becomes the crutch of inaction. I know it has been for me. For years.

Only a few nights ago, I sat feeling particularly overwhelmed by my seemingly endless array of things to do. Instead of taking action, I decided to watch a streamed series. (Make no mistake. There are times when you need to take a step back and rest.)

Toward the end of a particularly well-written (in my opinion) episode, one protagonist sat talking with another. The character speaking in the series is known only as the Stranger. What he said seems particularly à propos for our day:

Betimes, our paths are laid before us by powers greater than our own. In those moments, it’s our task to make our feet go where our hearts wish not to tread. No matter the perils awaiting us on the way.

Many of us are not (yet) fighting wars with weapons and physical death all around us, but we’re surrounded by the emotional death of so many people who have been verbally beaten into submission by the noise accosting them from all sides.

Our “peril” is in helping lift those who have been trodden down. Of course, there is a risk that we will be emotionally injured in the process by those who have largely given up hope. But, there is an even greater opportunity that we’ll see someone rise above their present circumstances simply because we chose to be a light in their darkening world.

This service can be as simple as the words we use, particularly when interacting with someone who is facing some difficulty or another over which they have little or no control.

In perhaps what is one of my favorite scenes in all the fiction I’ve read, Frodo Baggins and Gandalf the Grey sit together in the dark caverns of Khazad-dûm. Regarding the perils Frodo has volunteered to face, Frodo says, “I wish it need not have happened in my time,” to which Gandalf replies:

So do I, and so do all who live to see such times. But that is not for them to decide. All we have to decide is what to do with the time that is given us.

“What to do with the time that is given us.”

Such a simple yet profound question. And, for my part, one that is worth answering every, single day.