The man who only talks to you 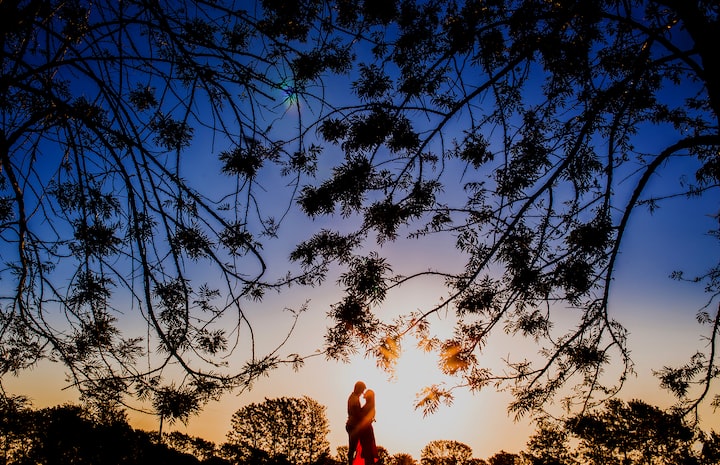 Richard once described love like this: "Love is a blazing frenzy of infatuation, a fire that cannot be extinguished, a desire that is never satisfied, a joy like sugar and honey, a madness like intoxication, a labor of peace and no labor of peace."

But the most beautiful love is sometimes like poison, the bright and shiny appearance of deadly danger.

Women say, deep in the quagmire of love, she is dead to the man, even if outsiders have many good words, in her view the love of the man is still flawless.

Love blinds a woman's eyes, but also her heart, as Ovid said, "love is easy to trust", the man lies a lot, and the lovely one will still fall for it.

In the world of love, deception is everywhere. Men lie to women with fancy words, and women still listen to men.

Women should learn to understand that the man who loves you will not rely on fancy words to cajole you, he will show his true heart to you.

The man who chats with you every day may not love you.

Si Sing and Zhou Lei are a pair of sophomore lovers, the two are in a club activity to meet each other, Zhou Lei is Si Sing's love at first sight, and after that immediately launch a chase.

Si Sing has never been in love, she should have been repulsed to see Zhou Lei's clean-cut appearance but inexplicably a good feeling, the pursuit of Zhou Lei also expressed acquiescence, Zhou Lei's heart understands that chasing hands is sooner or later.

To express his sincerity, Zhou Lei was on call every day, and even went out of his way to run a few streets to buy a bowl of authentic small wantons for Si Sing, and even Si Sing's roommate was touched.

But that's just what Zhou Lei and his sister packed for Si Sing after they finished eating.

A month later, Zhou Lei and Si Sing officially fell in love, and Si Sing never thought that the man who loved her so much was just acting.

Zhou Lei is a master of love, he has been in love with two hands can not count, for Si Sing, this simple little girl, Zhou Lei three or two sentences will be able to cheat her hand.

In this relationship, Si Sing is attached, she specially saved money to buy Zhou Lei a pair of Nike shoes as a birthday gift and wanted to give each other a surprise, but Zhou Lei gave her a scare.

The man who chatted with you every day, he may have developed multiple "girlfriends", will be clever words, to win the hearts of women.

The company is not willing to accompany you to do what you want to do. The reason why you as a spare tire, is so you will keep in touch with yourself every day.

The man who loves you, will not talk to you every day, but will certainly care about you with actions.

Si Jun and Zhang Ling began to fall in love in college, has been Zhang Ling is very action-oriented, and very concerned about Si Jun.

After graduating from college, Zhang Ling found a job, and the busy Zhang Ling is less and less chatting with his girlfriend.

No boyfriend accompanied by Si Jun began to wander, thinking the two are too familiar with each other, the freshness has long gone, and is not he does not love.

The two people's family situation is not good, to improve their lives for a better future they have been working hard, Zhang Ling wants to give Si Jun a better life, he can on but l chooses to work hard.

Zhang Ling has been working in this company for two years, coincidentally heard that the boss recently wanted to promote newcomers, his business ability in all aspects are very good, no accident will be able to promote the minister.

For this re, the son worked even harder and worked overtime for several days.

But Si Jun does not understand and is sensitive to the period, seeing Zhang Ling regularly late home, the message is rare to return a couple of, she began to worry about her boyfriend is not in love with someone else.

One weekend, Zhang Ling still said to work overtime, Si Jun really can not help it, decided to go to find out, when she hurried to her boyfriend's company, what met her eyes is that he was tired and collapsed in his seat.

She walked up and saw a note on her boyfriend's desk that read: I'm going to try to give Si Jun a good life!

At that moment, Si Jun shed tears, recalling that Zhang Ling had said he would give her a good life and would marry her early.

She did not say anything and silently walked out.

When she returned, she made a big table for Zhang Ling, she saw her boyfriend's love and wanted to respond to him accordingly, she was very happy.

Although Zhang Ling's work is always very busy, as long as Si Jun needs him, he always appeared in front of her promptly. Once there is free time, also spent on Si Jun's body.

A few months later, Zhang Ling proposed to Si Jun, Si Jun felt that the man in front of him not only has the power of action but also his company is not lonely at all. She agreed to Zhang Ling's proposal.

The man who loves you will love you with actions, not just actions to love you.

Jujubes said, "The bitterness and joy in love are always fighting each other."

Love brings sweetness to women, and is equally painful, and women should always be hyper-vigilant.

In the TV series "Ode to Joy" the Ba supervisor is a real scum, he is IUD Saying's first love, but also he gave her the initiation of love.

The first thing you need to do is to get a good idea of what you are getting into.

The first time she was taken away from her, she turned her back on him after she got everything, chasing after her and abandoning her.

Men are lower-body thinking animals, in the time you give yourself to each other must see whether the man in front of you is worth entrusting, follow the heart while also thinking seriously about their own lives.

Advise women a word: "The man who talks to you every day, don't love, and don't marry."

When you can not see his true heart, maybe he just treats you as one of the spare parts, do not be easily deceived by the man's rhetoric.

The man who talks to you every day does not necessarily love you, perhaps, you are his "spare tire".

Shakespeare said, "Love is a sweet pain, sincere love is never to take a smooth road."

Sometimes, women are too obsessive, to believe in themselves, always think that the man who loves her will never change his mind, and even exaggerate the other party's pay.

But in front of love women always have to believe that the man who loves them will use action and time to prove that he loves them, not just by the sweet words of the mouth.

Women, don't trust your judgment too much.

Love is to use the time to prove, when you know that the other party does not love you, please let go as soon as possible.

It's not the man who chats with you every day that is true love.

There is action, but also words of concern are true love. He will take action to be sincere, he loves you, not just the words of his mouth.

More stories from Gu Wei Di Qi and writers in Humans and other communities.