The Boy on the Moon

PT
by Paige Turner 20 days ago in friendship

And His Trickle Down Economy 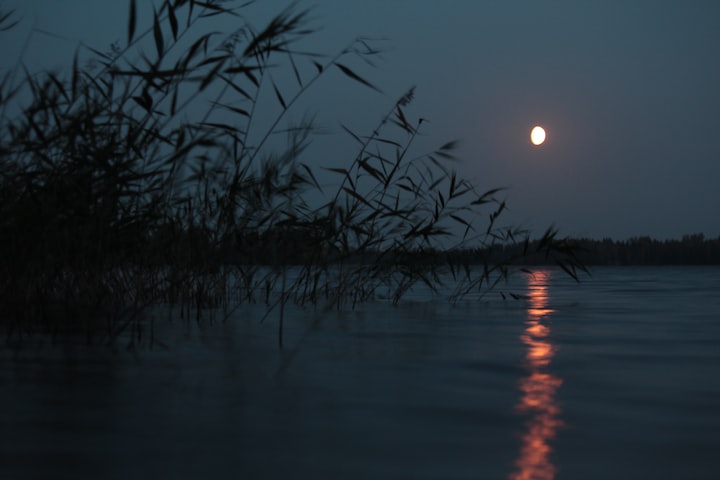 Photo by Tania Malréchauffé on Unsplash

Riley was bored. That was the only reason she even noticed the mysterious paper airplane on her windowsill.

Her grandfather had died a few months ago, so Riley and her mother had moved in with her grandmother in the country in a house that was too big even for the three of them. Space wasn’t the issue, though. It was what to do in that space. In her old apartment Riley had had video games, movies, and a thousand other things the internet allowed. Now, without Wi-Fi, all she had was two bereaved women looking at old pictures of her grandfather, mostly from his childhood, and talking about money problems. Riley supposed everyone had their own way of dealing with loss.

She’d been eavesdropping recently and heard her grandmother say that Cecil, Riley’s grandfather, had been a wonderful man, very creative, but when it came to financial planning he’d been less than dependable. All he’d cared about was his writing. He carried his little blue notebook with him everywhere and when an idea came, it was like lightning had struck. He’d run off to his office as fast as his legs would allow, his cardigan flapping behind him like a superhero’s cape. All those moments of inspiration, though, over several decades had produced only one publishable book, the earnings from which, Riley heard her grandmother say, were considerable—$20,000—but that she’d never seen a dime of it. Cecil didn’t trust banks, so he’d taken the lone check from the publisher all those years ago, cashed it, and hidden the money in a place he’d failed to mention to anyone before he passed away.

“It sure would be nice to have that money now,” Riley’s grandmother said, her eyes looking up and off into the distance.

Riley’s mother, the more practical of the two, noticed the older woman’s gaze and said, “Money doesn’t just fall from the sky.”

Such was the extent of Riley’s entertainment. So when she noticed the expertly folded paper airplane on her bedroom windowsill that night, she was curious to say the least. She slid the window open and left it that way to let in the sound of crickets. She unfolded the plane and saw there was a note written on the inside. It read,

I heard you need money. You can have some of mine that I’m not using. Go to the river bank tonight if you want it.

The Boy on the Moon

Riley read the note a few times and glanced out the window suspiciously. She looked up at the full moon and wondered if it was possible for someone to live all the way up there. She had to find out. She put on her dirty overalls, laced up her hiking boots, grabbed her flashlight, and crawled out the window.

The river bank was only a 15-minute walk if you took the path through the woods. Riley turned on the flashlight, took a deep breath, and started down the dark path. When she finally came to the end of the woods and to the river, she was surprised to find not a person but a jar of coins and cash suspended over the calm river to where her boots got wet as she approached. The jar was hanging, Riley could now see, from a fishing hook which hung from a fishing line which extended up into the night sky as far as Riley could see, maybe all the way to the moon.

She loosed the jar from the hook and started back home, happy to have the money but now more curious than ever about The Boy on the Moon.

On the walk home, Riley counted the money—not quite $40. She knew this amount would not help her grandmother, so when she got home she hid the jar in her closet and went to bed.

The next day Riley was in her grandfather’s office reading a book about carrier pigeons in World War II. This gave her an idea about how to get in touch with The Boy on the Moon. Riley went next door and stole some bird food from the birdhouse on the neighbor’s fence post and spread it out on her windowsill. Pretty soon, a carrier pigeon named Homer showed up and agreed to act as courier in exchange for the food. Riley gave Homer the note she’d written—a request for more money—and reminded Homer to deliver any return messages as soon as avian-ly possible. Homer, who spoke pidgin, agreed, and with the note in his beak and a belly full of food, set off for the moon.

Later that night, Homer returned with a note from The Boy on the Moon saying more money would be at the river bank for her tonight but could she please return his jars because he only had a finite number of them. This seemed fair. Riley gave Homer an extra handful of food before again sliding into her overalls and boots and trekking through the woods to make another withdrawal from the river bank.

Another jar full of money was there, again suspended as if from nowhere above the water rippling under the moonlight. Riley unhooked the jar and instead of emptying it and returning it, lodged it in the mud. She slid the fishing hook under the loop in the back of her overalls. A moment later she felt the fishing line tighten and she rose slowly off the ground and into the sky. Higher and higher she rose to where she could see over the forest, then all the way to her grandmother’s house, then all the way to the distant city, its lights twinkling like a Christmas tree.

As she neared the moon, she was able to see a boy with a fishing pole in his hands. He was using all of his strength to work the reel and pull her up. When he noticed Riley on his line he nodded as if at a hunch confirmed. “I thought this was heavier than an empty jar,” he said.

Riley stepped onto the moon, freed herself from the hook, and apologized for tricking him. He said it was okay, that it was sometimes nice to have a visitor.

Riley walked nearer to the boy. It was hard to tell how old he was. He was short and wearing overalls like Riley, but his eyes were dark blue and felt older than the rest of him. Riley looked around and saw a small tent that must have been the boy’s source of shelter. “Where’d you get the fishing pole?” Riley said to make conversation.

The boy thought for a moment. “I guess the boy who was here before me left it,” he said.

Walking around, Riley’s boots made a satisfying crunch in the gray moon dust. There on the ground, amongst the crumpled MoonPie wrappers, she saw the boy’s small black notebook. She could tell several pages had been torn from it and they were the same size and design as the paper used for the airplane. The notebook, though, Riley saw and smelled, had been badly burned. “What happened?” she said holding up the charred notebook.

“It got struck by lightning,” the boy said. “Happens a lot up here. It used to be blue.”

Riley was going to ask about the lightning but noticed that beyond the boy’s tent were hundreds of jars filled with money. The jars were thin-necked glass jars, like the ones on top of the bookshelf in her grandfather’s office, and they were bursting with silver coins and green bills. “Wow,” Riley said. “Where’d you get all of this money?”

The boy shrugged and looked out at the star-filled sky. “Out here it just falls from the sky,” he said. “You just have to put your jars in the right place.”

Riley made a mental note to try the boy’s money-making method when she got back to earth. Riley yawned and said, “Would you mind letting me back down? I’m pretty tired.”

“Sure,” the boy said but Riley could tell he wasn’t ready for her to leave.

“You can come down and play anytime,” she told him.

The boy nodded politely but said he had a lot of fishing to do up here on the moon. He readied the pole and hooked it to Riley’s loop. “Are you a good fisherman?” Riley said.

They both laughed and said their goodbyes.

The trip down was much quicker than the one up. Riley held out her hands like she was flying as she slid down through the misty air toward the river. She stepped onto the shore, walked back through the forest, and got into bed.

She slept late the next morning, tired from her trip to the moon. After breakfast she remembered that she wanted to try The Boy on the Moon’s method of catching money, but first she needed to get the jars.

She waited until her mother and grandmother were both outside then snuck upstairs and into her grandfather’s office. The jars were on top of the old wooden bookshelves which reached all the way to the ceiling. Carefully, Riley began to climb. As she did, she heard her mother and grandmother come back inside downstairs and call for her. Riley was almost to the top when the next to last shelf gave way under her hand. Riley fell, and her feet hit each shelf beneath her and set the books and jars to toppling.

Her mother and grandmother heard the commotion and came running. When they reached the office, they found Riley lying on her back on the floor, looking up and smiling as the $20,000 that had been hidden in the old books floated down through the air like autumn leaves.