People who are "good at what they do" in the workplace have these three characteristics. 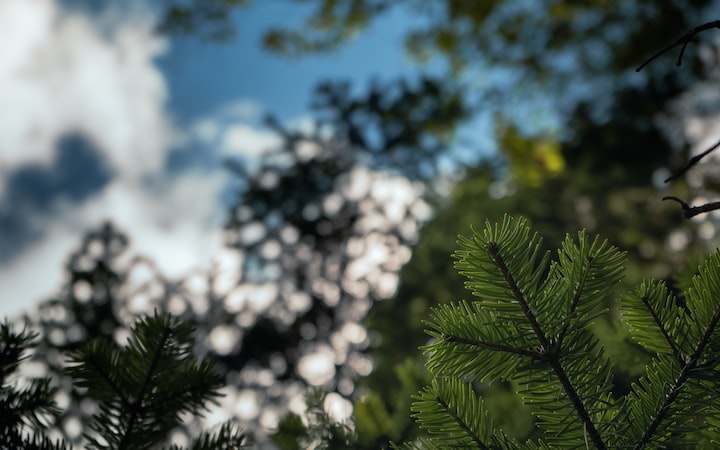 Photo by Jayesh Joshi on Unsplash

Compared to those who work honestly in the middle of the road, people who are "good at what they do" tend to be very flexible, always get to the point and do what is important, but they are over smart and capable, which makes people feel that there is a hidden cunning and treachery.

People who are "good at what they do" are the most "two-faced".

The people who are "good at what they do" are often the most approachable, with a smile on their faces, and they talk about both principles and human feelings; but they can always "talk to people and talk to ghosts".

The same thing, if it is proposed by the leader, will be considered a big thing. They make detailed proposals and give different suggestions. But to make these few proposals, one will understand in advance what the leader thinks, think deeper, think in detail, and put the words that the leader wants to say but is not convenient to say, say them, and the result is naturally predictable, the leader agrees very much, even if this thing is not very popular, but the result is done successfully.

If it is subordinate to their advice, and will not put up a high above the stand, open and shut the mouth is a deep brotherly feeling, there are any requirements feel free to mention them, will find a way to solve them. But when it comes to asking for help or needing to come up with "real money" to solve a problem, they will put forward several irrefutable reasons. At the end of the day, they will say, "Don't worry, I'll find a way to help you with this". But after all the delays, the matter is just not resolved in the end.

People who are "good at what they do" rarely lose their temper in front of others, and you always see them in a peaceful and even friendly way. But in their hearts, they have a very clear "ledger", to different people, have different strategies, to achieve different purposes, never waste an opportunity, and will not miss the best time.

They are not the best at what they do, but they are good at using their strengths to encourage others to do what they want to do, but can't do.

Don't be fooled by their apparent kindness, but beware of them at all times, and don't let yourself become a "pawn" at the mercy of others.

People who are "good at what they do" are the best at reading people's minds.

"They are accustomed to reading people's minds, and through some details, to understand the psychology of others, and take a natural and appropriate approach to meet the purpose of others.

Usually, the office manager is the most "good at what he does". Take our company's office chief and sister, she has more than twenty years of experience in office work, successively for four leaders have done services, whether it is logistical management, office documents, and meetings or reception work, basically in zero error, so that each leader, it seems to her as an important "stuff", what things, will consult her. They would consult her on everything.

The new General Manager is a young man in his thirties, and his way of thinking and dealing with people is very different from that of his predecessors. One of the first things he wanted to do when he took office was to redecorate the office to his preferred style.

As a result, it didn't take long for a renovation of the whole building to begin. At this point, no one would mind that the new general manager was only doing it for his personal preference, but felt that the leader was thinking of the staff and was very grounded.

With this one incident, the new general manager was impressed by Sister He, and when there was anything good, he would think of her first.

People who are "good at what they do" know how to take advantage of the situation.

People who are "good at what they do" may not have any real skills of their own, nor do they have any appreciable network of resources. But they know how to take advantage of the situation and integrate the resources of others to do things for themselves.

During my time at the TV station, I met many young journalists, most of whom were temporary workers and were not well paid. Therefore, it became a challenge for everyone to survive.

As a result, many people started to make money from their expertise. For example, some people go to work part-time in wedding studios and others work as hosts in wedding companies and are very busy every day after work.

The most powerful one has to be the hostess, Xiao Na. With her excellent professional skills and long-time appearances, she has also gained a lot of loyal audience fans. So she plotted to start a small presenter training school, specializing in recruiting primary and secondary school students and conducting targeted training.

Of course, using her position to advertise was too obvious, and spending money on her own to promote the school would be expensive. How to get the best effect with the least investment, Xiao Na thought of a way.

Gradually, many students and parents became Xiaona's loyal fans, and every time they heard that Xiaona had come to host an event, the venue was always full.

A year later, Xiao Na's small facilitator training school opened for business, and parents, who had been informed in advance, rushed to enroll their children, and soon the few classes offered were full.

With the income from this side business, Xiao Na's hands gradually became more and more generous. To keep her colleagues from getting red-handed, she invited everyone to dinners from time to time, invited another anchor to be a teacher at her training school, and gave discounts to students referred by her colleagues; in short, Xiao Na soon became a shrewd businesswoman.

In order not to delay her work, Xiao Na later hired several teachers, while she, herself, was only responsible for teaching the weekend classes. "She was able to work and work part-time.

In the workplace, we always encounter people who are "good at what they do". They are indeed very cunning, often messing up the normal course of things, or even making something out of nothing, so that others suffer a lot of unnecessary trouble so that they can get their benefits.

But at the same time, there is no denying that people who are "good at what they do" have a high level of emotional intelligence and are always able to handle their relationships very well, even if they are not comfortable with the people they see, they will not tear their faces off in public.

Therefore, when faced with people who are "good at what they do", you don't have to worry too much, but you do have to be wary.

Your happiness is my blessing.