by Jessica Norris 4 months ago in humanity
Report Story

Sometimes you don't understand how much you were longing for something until you get it. 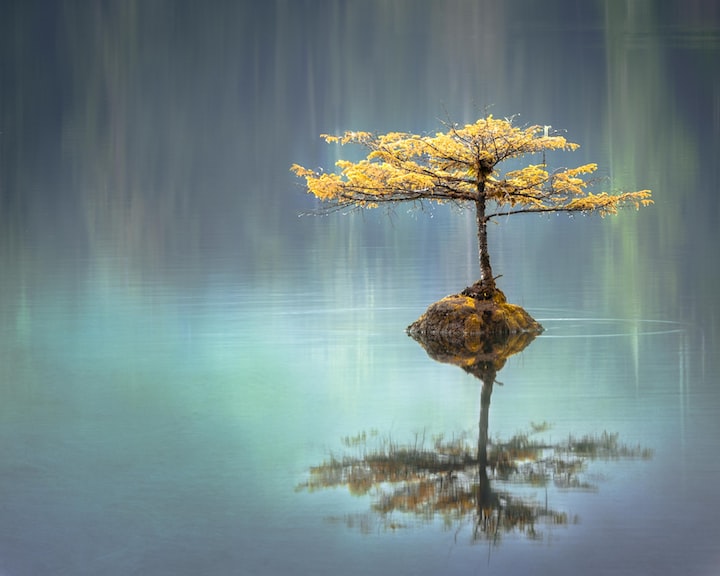 Photo by Faye Cornish on Unsplash

Sometimes loss is obvious. We lose someone we love, and we grieve. We move to a new area and experience the loss of the place we left. Friends move on, and relationship dynamics change. When we recognize loss, it is easier to take the time we need to grieve and move forward.

But sometimes, we don't understand what we've lost until we find it again. Sometimes we don't realize how deep the wounds truly went until after they heal. The healing is often not a replacement for what we lost, but we can still recognize it as a good gift that helps us recover and move forward.

I've been thinking about this piece for a long time, and I've had a hard time describing exactly what I mean. I've decided the best way to explain it is through examples from my own life:

I worked on night shift for a year, and it was wretched. The sleep schedule and light deprivation were not worth the extra $3 an hour pay shift differential.

I thought I recognized what it was doing to my body, but I was trying my best to be consistent.

Before the pandemic, I had at least found the fun in the nightlife a little. I had discovered West Coast swing dancing, and often the dances would go on to at least one a.m., which was when I was trying to be awake. I thought I was making it work. Granted, then a pandemic hit, and I was utterly miserable.

But when I got a day shift, it was like the energy I had been missing was suddenly mine again. I felt invigorated in a way I hadn't felt since before night shift. I was seeing the sun for real and getting to experience it like a normal human being. I didn't understand how much I missed it until I had it back.

The love of a dog

For at least the first eleven years of my life, my family had a wonderful dog named Rascal. She was a mutt, a mix between a German shepherd, a husky, and who knows what else? She was loyal, obedient, and the best kind of dog a family with young kids could have. But when we had to put her down, my family when through about three years of not having a dog.

We grieved the loss, and we moved on. It was much easier to go on vacation since we didn't have to find someone to watch the dog. It was fine not having a dog. But when I was about fifteen, we got another dog named Sunshine.

We've had her for several years now, but it wasn't until after we got her that I realized how much I had missed having a dog. There's something about their unconditional love and genuine affection that make life better. I didn't realize how much I missed having that until Sunshine came into my life.

The return of an old friend

In my time of karate training, I have had many friends come and go. I have learned and trained with many, from eager beginners to skilled martial artists. I had one friend who was a bit sporadic in his training. At one point, he left for over six months. I figured he had decided he had more important things to do than karate.

But he came back, and I even got to help him prepare for his brown belt test. When he stepped back onto the dojo floor, I realized how much I had missed having him there. I had missed what he had added to the class dynamic and how he had made it better, but I didn't truly understand how much until after he came back.

Sometimes, we experience loss and there is no replacement. No balm to soften the blow. But other times, we are blessed with good gifts that help us heal.

Sometimes old friends return. Other times, we are blessed with new friendships and opportunities. When we take the time to see these gifts, we might just realize they were what we were seeking, even if we didn't realize it. Maybe they're helping to heal the losses we didn't know we had. Maybe they're the answers to prayers we prayed years ago.

It's experiences like the ones I described that remind me to keep moving forward. They remind me that sometimes healing comes in unexpected ways and at unexpected times. Sometimes, life gets better, so keep thanking God for the good every step of the way.

More stories from Jessica Norris and writers in Humans and other communities.