by Brionn Godfrey 8 months ago in dating 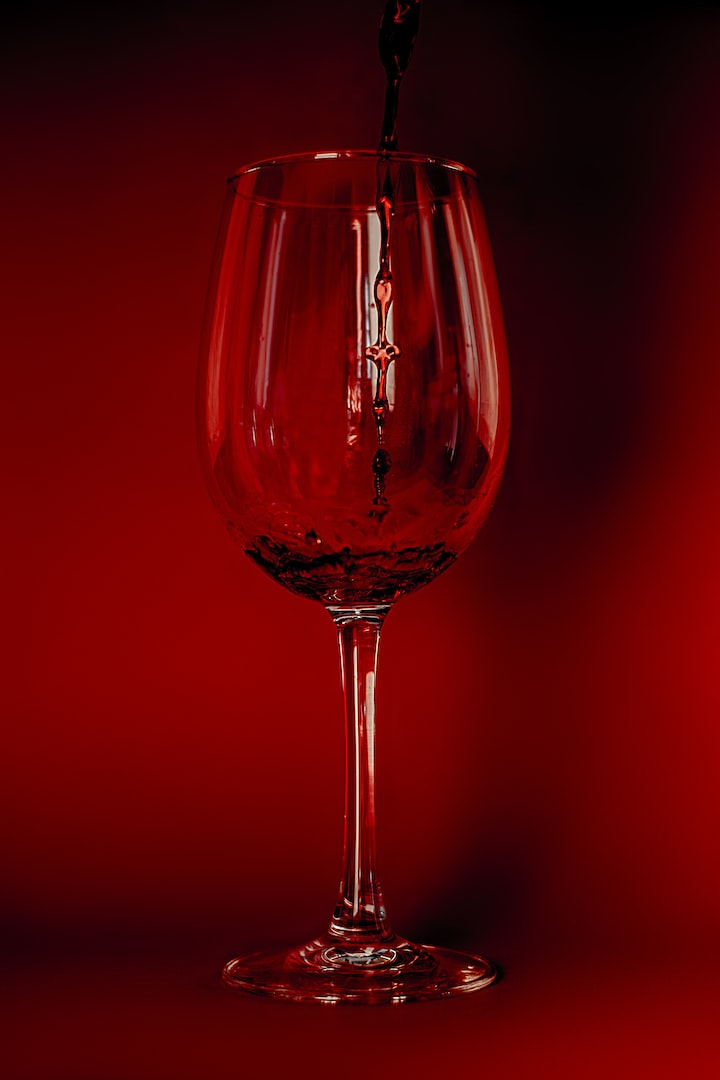 The constant piercing buzz sounded like a roar coming from the depths of the Earth, as I dived down and swooped low to grab a thick black snake from the murky waters. The deafening sound startled me and grabbed my attention causing me to jolt my head up to the sky to search for the source of the cacophony, only to see a newly-orange sky and things around me disappearing. With each shriek, the things around me were transforming into new objects. The cars turned to toys, the skyscrapers turned to Lego's, and the paved streets became liquid, submerging every human and object that rested upon it.

The mind-boggling development before my eyes distracted me from, and almost caused me to forget that I was diving at almost 100 miles an hour. As I smacked into the water, I felt the dry and breathable atmosphere become very clogged and moist. So clogged, that I was breathing water. As I closed my eyes in panic, I rubbed my eyes and screamed only to realize I had quickly fallen asleep the night before, dwelling on that awesome conversation I’d had with Brandi, pertaining to her fear of snakes and bird talons. What an interesting coalescence!

As I sat up in my king-sized bed, I contemplated the busy evening I had planned that was filled with errands and chores. I also couldn’t help but think of how I had just recently placed myself back on the market after the toxic union with my ex-girlfriend had ended. At first, I was torn between casual dating and becoming serious with someone. Then, along came an old friend that I had lost contact with many years ago. “Good morning, Jet.” the text message from Brandi read. The good morning text was accompanied by a smiley face. Brandi and I had recently embarked on a virtual, “situationship”, that was strictly limited to phone contact previously. We had grown eager to see each other again, finally, and thought it’d be a great idea to have our first date in the form of a ‘wine & dine’ evening at one of our places. So, we decided Brandi’s place. Brandi enjoyed my conversation and I enjoyed the concern for my mental welfare that she always exhibited. We had a special evening planned for us that day, very special, in fact. As the exciting plans slowly crept back into my mind, I began to feel a combined rush of anxiety, happiness, relief, and panic all at once.

The anxiety was due to the fact that Brandi and I hadn’t seen each other since we were 7 and 12 years old, and she now lived on the other side of town no further than 15 miles away from my loft. My happiness inside brewed from the constant desire to reunite with Brandi that had been ever growing since our first conversation after reclaiming our title as friends. I was so relieved that our virtual long distance venture had come to a rest stop, and that we could fulfill our need for a physical experience with one another. Then I began to panic. This was due to the fact that there was a beautiful, ocean watching, wine-sipping, relaxing kind of date planned for us at Brandi’s home later that night. However, I received an email stating that the wine I specifically had ordered and scheduled to be delivered that morning had been back-ordered, and the next possible ETA or restocking date was “undetermined” at the time.

I immediately called on an old friend of mine who works downtown at an upscale pub and reluctantly asked if they, by any chance at all, had 750 milliliters of Monteru Brandy Eau-De-Vie Merlot Brandy in their inventory. I wanted this to be a night to remember. Not to my surprise, she answered “Nope, Jet, that's a special import only. You know that.” “Besides, they’ve been out-of-stock for the Eau-De-Vie for quite some time now. I doubt they’d have it. Got you a special evening?” she asked. “Actually, yes, I do. Uh, give me a ring if you can get your hands on that magic stuff, alright?” I spoke. “I’ll see what I can do, bud."

As I drove down the busy streets, the above sunshine glaring into my face, once again, reminded me of that beautiful smile Brandi somehow was blessed with. When she smiled, it brightened my entire day as if she was the sun herself and it was very exhilarating to think about the many ways that I could make that happen. My phone rang and I knew from the ring tone it was Alissa down at the Pub about the Eau-De-Vie. “No luck on the fossil fuel, champ. It's out-of-stock everywhere.” “Thanks anyway, Liz.” So here I was 4 hours from the scheduled time of our candlelit dinner, and the one thing that I believed to make it the most special, wasn’t going to be in attendance. Any other day, this wouldn’t be that big of a deal. However, this is supposed to be a dream date and I wouldn’t settle for anything less than perfect. So, that, along with the French wine, is what I must get.

I hadn’t spoken to Brandi since earlier that morning, and I was hoping that when she called, she wouldn’t hear the cause for concern in my voice. We had only 2 hours left before I would be knocking on her door empty-handed with an excuse for the empty-handedness. At that point, I decided to measure the helpfulness of Google. As my grandmother always said, “when in doubt, find it out with Google.” So, I clicked the search bar and typed in ‘Monteru Eau-De-Vie Merlot Brandy from France’. Several vendors, hyperlinks, and wine ads from weblinks appeared. Even some of which contained what I was searching for but was followed by an ‘out-of-stock' message where the pricing options were usually displayed. I wasn’t sure where I was in the grief process: acceptance or denial, but I was subconsciously beginning to contemplate if there was indeed, another wine that was available and equally special. I searched and searched, but to no avail. And just like that, my perfect dream date seemed as if it had been clerically ruined.

“The gate code is #5551. Remember, 8:00 pm sharp! I would hate to find out you don’t care as much as you say you do.” Brandi joshed. I laughed heartily and quipped. “Wouldn’t we all?” After hanging up the phone, I decided to cut my losses, and simply substitute the special Merlot for another wine of similar or equal value. Simple. Right? I hoped so. I gave Liz down at the Pub one more ring at a last attempt to locate the unreachable wine. “Sup Liz? Still no sign of Eau-De-Vie?” “Nope, champ, but I found some top-of-the-line stuff called Pomerol by Petrus. Can’t go wrong. Wanna try it out?” she asked. “I guess. I don’t have much of an option or a better idea.” I replied very sluggishly. “Alright, I get off in a few, so ill swing by and drop it off before you have to go.” “You’re the best, Liz.”

Brandi decorated the dinner table with elegant golden plates and golden silverware only fit for a palace and nothing less. And a palace indeed is where she resided. Her home resembled that of a miniature mansion with an extra emphasis of royalty in each of the dining quarters. She even had her own wine cellar in downstairs that she would retrieve her finest wines from on special occasions. “Tonight, is definitely a very special night.” she pondered. Her favorite was a French blend Brandy that she was named after. She was now on her last bottle of the French blend and her recent imports hadn’t gone according to planned, due to lack of availability. Tonight, Brandi was simply in the mood for a glass of Rombauer Merlot Red Wine, but could not decide between the two so she grabbed both bottles, removed them from their casings and carried them upstairs to finish setting the dinner table for the special dinner date her and Jet had planned.

After Liz had dropped off the over-priced wine, I began to prepare myself to leave my home and begin my route to Brandi’s house. As I brushed my teeth, I couldn’t help but be sick to my stomach at the nervousness of having not seen Brandi in such a prolonged period of time. I became nauseous when I thought about how she is going to have her eyes peeled, looking for me to walk through the door with ‘a special something’ that I promised her she would appreciate me for. At that point, I could only hope she appreciated the monetary value of this fine wine, which was highly unlikely.

I parked outside in the center of the horseshoe driveway and texted Brandi that I was outside and would be approaching her door shortly. She replied “You know where the key is.” I approached her door slowly and nervously, with both a bouquet of assorted sunflowers, roses, and tulips, and the pricey fine wine in one hand. I used the other hand to retrieve her house key and unlock her door. As I walked in the house, I smelled baked Italian chicken and potatoes, fresh baked bread, and perhaps a vegetable stew perfectly seasoned, containing garlic parmesan asparagus and carrots. “Honey, I’m home!” I jokingly yelled out. “Good! Dinner’s ready!” she quipped from an unknown location in the vast home. I visually responded to her by looking towards the kitchen. I started to make my way into the kitchen to observe the food that had been cooked to confirm that my sense of smell was not deceiving me. To my surprise, I had correctly guessed the food judging from the smell at the door. I stare on at the pots and pans in astonishment at Brandi’s amazing cooking skills. Do we have ourselves a potential prospect for a wife? “NO. That’s silly, Jet.” I replied to myself.

As I continued to walk through the kitchen, I looked into the dining room and something very peculiar and familiar at the same time caught my attention. There were two bottles of wine sitting on the table along with two glasses beside two golden dinner plates and two sets of golden silverware. One bottle read Rombauer Merlot Red Wine and the other read Monteru Eau-De-Vie Double Distilled Single-Grape Merlot- a product of France. I couldn’t believe it. The notorious, top-shelf wine that I had grown grey hairs about and could not find anywhere was literally already in the hands of the person I was trying to get it in. A bitter-sweet feeling overcame before it was interrupted by a startling voice. “Well are you just gonna stand there? Or are you going to sit down and pour yourself a glass of me?” I was speechless. I quickly remembered that she had no knowledge of the troubles I endured in attempts to get this same wine that she was named after, that was also her favorite, and that was now on her dinner table. Was this destiny or what? We both walked over to the table, sat down, and happily poured each other a glass of Brandy styled Monteru Eau-De-Vie Double Distilled Single-Grape Merlot. I checked my phone one last time before focusing all my attention on the beauty in front of me. I was relieved to see an email about an update on my imported wine that was back-ordered. The email read, ‘We are terribly sorry for the inconvenience that occurred with your order. Your order has new updates and will be delivered tomorrow at 9:00 am. If there is any other way we could assist please reach out to us, thank you.’ I smiled and laughed to myself. Brandi's voice interrupted my thoughts and said “So how was your day?” I replied “Well, it all started with this email.”