Be an educated person from now on, take care of your own troubles

by Alexander Miller 2 months ago in advice
Report Story

In my childhood memory, my grandma left the deepest impression on me. We have been together for seven years, and her influence on my life is still there to this day. 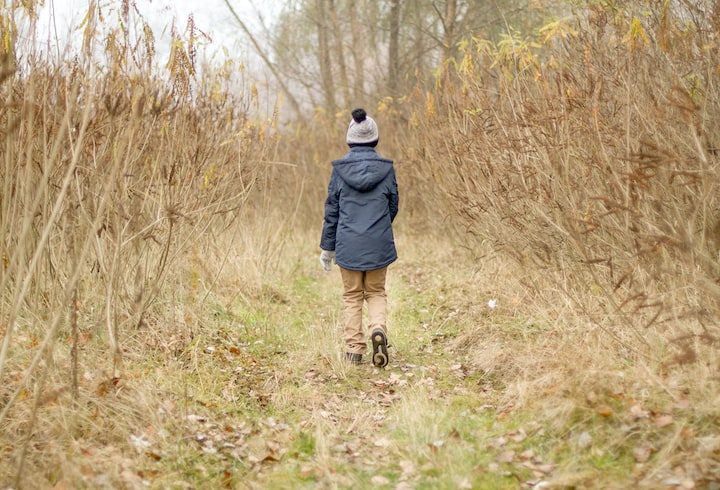 Photo by Kostiantyn Li on Unsplash

In my childhood memory, my grandma left the deepest impression on me. We have been together for seven years, and her influence on my life is still there to this day. She was born into a wealthy family, her father died early, and she lived with her mother in an uncle's house. She grew up precocious and was always careful with others. She said, I know that I live in someone else's house; I can do what I can do by myself, just have food and clothing. Try not to cause trouble to people. Later, she married her grandfather and became a sister-in-law, leaving her younger siblings in everything. As a junior, you should take care of yourself and not let the elders worry about it. This is the greatest filial piety. She said: I have never fought over how much to divide a family. I know that it is not possible to get rich by dividing more things. The key is to rely on yourself. She is such a self-reliant person who doesn't like to complain.

My grandma, who has lived in the countryside all my life, also taught me many basic principles of dealing with people and things. For example, when handing scissors, you must point the tip of the scissors to yourself and the handle of the scissors to others. Good grab. It's easy to put things back where they came from, no matter who is looking for them.

Grandma also has a habit of washing her own dishes after eating. She always said that cooking is easy, but washing dishes is a challenging job. Eat and wash dishes by yourself; no one has to bother. The old lady has been like this all her life and never likes to cause trouble.

And my grandmother's practice of "eating and washing dishes by myself," I saw the same shadow in a professor after I went to college.

At first, I thought it was accidental, but then I found out that this professor does it every time. I also specifically asked the professor why he had to clean the blackboard himself every time.

He smiled and asked me back: I wrote it, I don't wipe it, should I wait for the next teacher to wipe it? I said you could let the students wipe; we have a birthday. He smiled again and said: I haven't written fifty blackboards, so I don't need to trouble others.

It was only later that I realized that this professor was the same type of person as my grandmother in the countryside. They just didn't want to trouble others. One was a village woman, and the other was a university professor, but the same light shone on them.

That is, try to clean up your "mess" by yourself, and at the same time be convenient for others, and have a clear conscience.

This should have been a minimum requirement for a person, but unfortunately, many people can't do it. No wonder some people say that with the level of effort of most people, there is no need for talent at all. Similarly, with the level of consideration of most people for each other, as long as you are a little more considerate, the other party will be very satisfied.

There is no way because many times, we demand too little of ourselves and too much of others. In the final analysis, it means that you don't put yourself in the other party's position and think about the other party.

It's a pity that I didn't understand it at the time. I was young at that time. I thought this was fun, and that was new. I wanted to move this and that. My mother advised me not to mess with other people's things, but I was too naughty at that time. After permission, I couldn't help being curious and playing with my cousin's toys.

On the way back, my mother told me earnestly: You can play with other people's toys after getting permission, but your cousin has bad eyes. If you don't put the toy back in place, he won't be able to find it, and he will give it to him. Trouble, and secondly, it will give the impression of being uneducated.

After a long time, I realized that this is a very important lesson: that is, try not to let people help you clean up the mess. This not only involves a person's cultivation but can also raise the issue of upbringing.

What is upbringing? Not causing trouble is the best education.

This sounds simple, and it is not difficult to do, but many people are unable to do it simply because we are too selfish. Putting oneself in other people's shoes is a lot of trouble. Everyone wants to save trouble. The result of everyone trying to save trouble is that some people are doomed because there is always someone to clean up the mess.

He said no, why should I do it? It's your excuse to avoid responsibility, play with the toys yourself, have fun, and just walk away. If this is the case in small matters, other things should be taken for granted in the future. Someone should say something like: You don't need to worry about it, I'll come. One day you will meet someone who is unwilling to take care of you, then you can only reap the consequences and then go to clean up your own mess. You must not realize that this is what I should bear and keep complaining. This is how many people are dissatisfied with society, dissatisfied with others, take revenge on society, and cause danger to others.

Most of the shining points of human nature are reflected in small things. A person with an extraordinary temperament must always think about others. An old saying: Do not do to others if you do not want to. A benign society relies on everyone's self-discipline to enjoy more freedom. Some people think it's too boring and shameless to do these little things, everyone does it at will, our streets will be full of rubbish, and the corridor to go home will become difficult to walk, do what you can do yourself, don't need to rely on others, enjoy yourself, and have a clear conscience!