by Josey Pickering 2 months ago in advice
Report Story 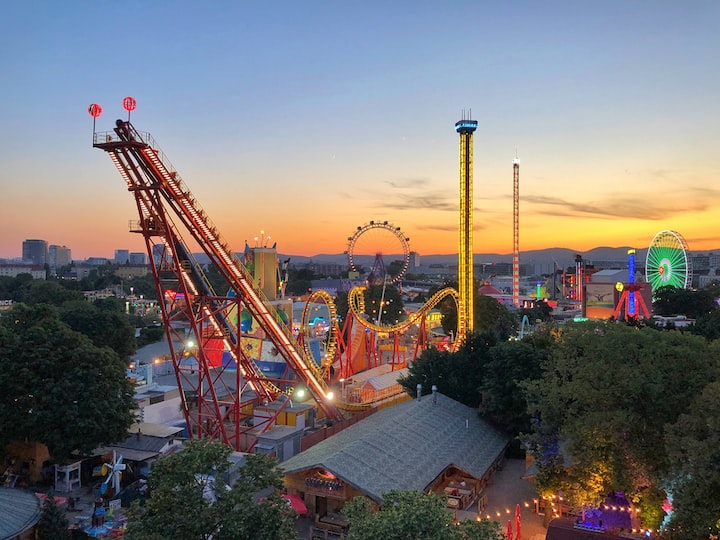 Photo by Thomas Stadler on Unsplash

It happens pretty much every time I'm in a line at an amusement park. I almost always need a mobility aid, specifically my wheelchair, and so I have to use disability accommodations regularly. Without fail, someone will complain the line isn't moving fast enough, try to cut around me, or make comments to the employees about how they though this "skipped the line." I roll my eyes pretty much every time, knowing they gave themselves up then and there. They don't actually need a wider line, or a few more minutes getting on a ride, they just want to get on faster.

I've seen it all. I've seen people fake injuries to get a disabled access pass. At Horror Nights, we were behind a couple where the man limped and wore a knee brace to get the pass. Later in the night, we saw him sans brace, and no longer limping. When he saw us however, the limp returned and he and his wife tried to make small talk with us. Just the other night, a group had a wheelchair and it was folded up as they walked around and left it behind for mazes. It happens more and more at Horror Nights, and even the bathrooms are a problem. There's a particular area this year where there's only trailer style bathrooms, and ONE for wheelchair users. Able bodied people continuously kept using the ONE bathroom anyone with a wheelchair can use for a while, there were several bathrooms open for able bodied folks if only they kept walking. When we asked if we could go first and that it was a priority for wheelchair users bathroom, we were heckled and even told to shut our mouths. We've also had people RUN ahead of us to squeeze into the accessible stalls in the regular bathrooms, and we've been verbally accosted by moms with strollers who refuse to prioritize anyone but themselves.

It happens every place we go. We'll end up behind a true Karen, yelling and screaming that she and her child arent on the ride yet. I've been pushed to meltdowns by these sort of people, and when we've asked them to stop screaming for my mental health's sake, they snap at me as if they think autistic children don't grow up to be autistic adults. They don't realize that autistic adults also get overwhelmed, have meltdowns and don't handle changes well at times. Yet, time and time again, I'm in line with someone complaining that they stopped the ride, or that no one is moving. It's then that my wife and I have to explain that some people need a specific car on the rides, or may need it slowed down or stopped to get on the ride. The disabled access areas usually take a moment, as people use all sorts of mobility devices and have all sorts of different needs. Some folks are quick, others are not, and it's all dependent on their own bodies, not the woman complaining in line for her kid to be on faster. Of course, some amusement parks now have lines for faster services, with Disneyland having their Lightning Lanes & Genie +, meaning at s0me point I'll have someone making comments about my wheelchair or being in the wrong place because it's taking too long to get me sorted.

With Horror Nights being seasonal, people want to get as much done as they can for the least amount of money, and therefore you get many people faking illness and injury to get ahead. There's been many different times where we've heard people in line around us say something to someone near them about "doing that. just getting a wheelchair and getting in sooner", as if I just rented my chair near the main gates and don't live in chronic pain that means my chair goes with me anywhere I'm doing a bit of walking. Yet time and time again, someone has to make some comment about "pretending to be sick to get in sooner", as if what they're saying isn't highly offensive...especially to someone who can't just pretend they're sick and suddenly be fine. I don't have that luxury. There's also people who will sit behind us and sneer that they paid "good money" to be in this line, as if a lifetime of chronic pain isn't a pound of flesh to be paid each and every day. They don't understand that it's not a privilege for me, and people like me who need it, it's a right to accessibility.

More stories from Josey Pickering and writers in Humans and other communities.