Talk Dirty To Me

by Mae McCreery 3 months ago in humanity 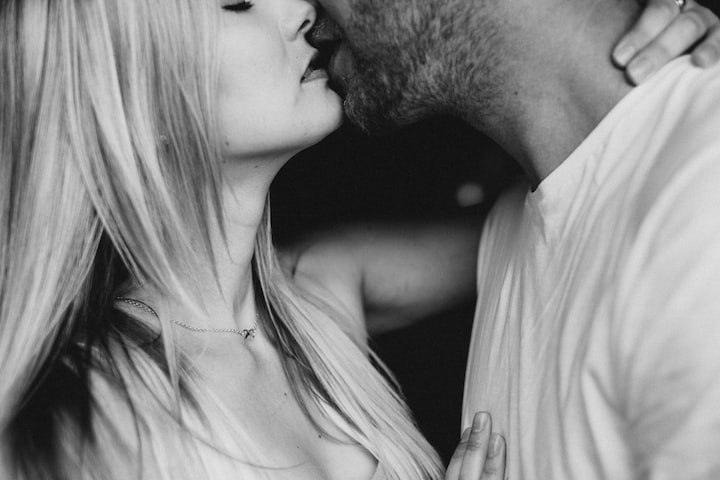 Photo by Pablo Heimplatz on Unsplash

I don’t mean to embarrass my Ex’s completely, but no one in my real life (except my best friend) reads these posts I’ve been writing so FUCK THOSE BITCHES!

I’m gonna sing like a canary in a mine shaft.

I dated a guy in high school that was super nerdy and into all the science shit, he was also super cute.

We had Yahoo! Chat at the time, his parents were super religious and didn’t exactly approve of me so it was kind of a forbidden romance deal. One night, he was chatting with me and he was trying to be sexy. Wanna know what he thought was gonna turn me on?

He wrote out the entirety of Shakespeare’s Sonnet #18 on chat.

Honestly? It did. We made out hardcore the next day when we snuck into the drama room at lunch.

I dated this guy when I was a senior, and he was pretty weird. Brony. Moving on, it was a dark time in my life and I rebelled by dating a weirdo.

After we had sex one time in his car, the first thing out of his mouth was.

...I don’t know why he said that or what provoked it because he said it while he was pulling out.

I thought it was just a fluke. A one time, very weird, once-in-a-blue moon thing.

One time WHILE we were having sex, he said this gem as he finished:

I broke up with him after that one. I can handle a lot of weird things but that was something that I could not deal with. Who screams random food orders while they come? I once dated a guy who asked me to purr like a wolverine for four months after he said that.

After a series of weird guys in High School, I started College single and not ready to mingle because I have social anxiety.

Even though I didn’t date that first semester there was this guy in one of my classes I was flirting with, he was a film major and seemed kinda normal. He was like the Rock. He was Samoan, tall, muscular, funny, and had a great ass. I was planning on asking him out after our last day of class to go get dinner.

He walked in and he beat me to the punch. He walked right up to my desk and said.

“So, I was thinking of trying that new Italian place down the street after class. Would you like to join me?”

I was so excited.

I stood up and started packing my bag. I bent over to pick up a notebook that fell and suddenly I heard.

“I cannot wait to tap that ass. RAWR RAWR RAWR!” I turned around and there was the guy who I thought was kinda normal, staring at my ass and raising his eyebrow at it.

I left the room quickly and shot him a text saying that my uncle was in the hospital and I had to go. Then I changed my number, dyed my hair, and never spoke to that guy again.

Then we have my first college Ex.

If you’ve read my other articles, he’s the one that I gave a bloody nose to when he let go of my hair too quickly while wearing a Morticia Addams dress.

The first time him and I had sex was during a long weekend getaway we planned for spring break.

We were having sex and the TV was on in the background. I had been flipping through channels when we started kissing and one thing led to another.

Guess what came on?

Spongebob started. So this is what I heard:

“Are you ready kids?”

And this is what my Ex said, while he was inside me:

Then he froze because he just realized what he said.

I was a very awkward weekend after that moment. Well, awkward for him because I kept teasing him about it. I started calling myself 'Captain' and I bought a souvenir captains hat at the mall.

By the way, that was the time he lost his virginity.

He doesn’t like that story. But he doesn’t know about this profile account so I can say every thing embarrassing he has ever done during sex.

So keep an eye out for my next article: Sex vs Pokemon GO.