A restaurant that strives to find the answer to life's biggest questions. 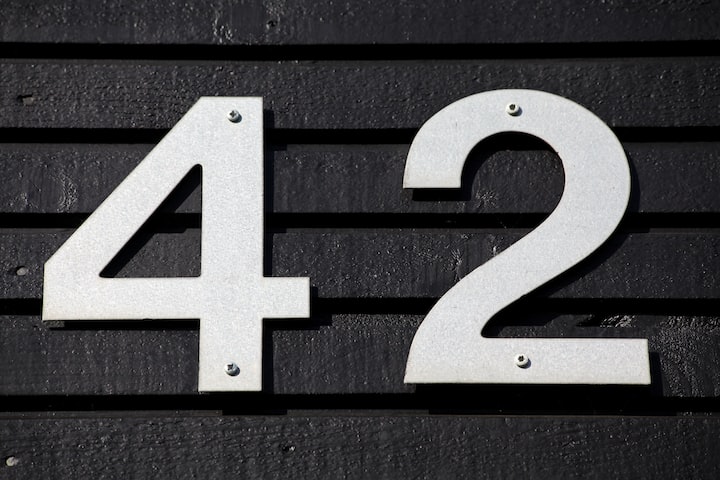 Photo by Mark König on Unsplash

(Part 4 of a 5 part series) "I want everyday folks to understand and appreciate the intricacies of restaurants. I think that complexity is best relayed through stories. Think of it this way. Aftermath: A concept album about taking care of people with food, written by the lying voices in my head. (We're starting in the studio and then going on tour.)"

Over and over, they say, "food tells a story."

I want more stories about food.

My favorite fictional restaurant was created by Douglas Adams. It's a restaurant at the end of the universe. Milliways.

Thanks to a bubble in time, Milliways offers a ringside seat to the decimation of existence each night. They also provide food like the Ameglian Major cow, which grants its consent to be consumed. Even though six impossible events must occur for you to eat there, the most challenging parts of dining out are taken care of. Due to the nature of time, reservations are made after dinner. Then, the bill is paid with a penny deposited in a compound interest account in the distant past. Thus, Milliways assures no front desk hassle! Plus, incredible atmosphere, fresh food, and no bill for their guests.

There's something beautiful about a restaurant where your only worry is the end of existence.

Meanwhile, in 2019 I was at the real restaurant where I had my "messy professional break-up." The management staff knew the restaurant was failing even before confirming it. We were bailing water and rearranging deck chairs. We were doomed. The ship was sinking, and we were there for each other with shots of mezcal.

Losing a job, even a bad one, can feel like the end of the world. It's like being dumped by that person who paid for everything. No more Netflix. No more heat.

These shared feelings are why my closest restaurant friends are from failed restaurants. As a result, I've made the following promise to many people over the years. The same has been made to me:

"Someday, we'll open our own place and do things right."

Going through that restaurant's demise, I wondered:

"What would happen if a bunch of restaurant people, lived through a messy restaurant closure, and after leaving their last shift, also discovered that the world was literally coming to an end?"

I imagined this fictional crew looking towards the end of humanity. They would have limited time, but also a lot of possibilities. I pictured them coming together and making the best of the time they had left. There would be no vendors to worry about paying. No landlords, no health department, no immigration, no zoning restrictions. Just one singular "last call" on the horizon.

What would I do if my bucket list had to be shortened?

I'd try to do what I enjoyed in the best way I could, with everyone I could, using all the time I had left. A restaurant would be a good use of that time. Why not offer comfort and kinship to as many people as possible right before the end?

How the world ended might present some interesting restrictions. It occurred to me that it could be a series of different apocalyptic scenarios with the same crew. How would they reimagine their big restaurant goodbye in each instance?

Say it's a zombie apocalypse. Would it involve a menu with creative uses for rotting food found in grocery stores? Would a vampire apocalypse involve dishes cooked with garlic and holy water? An all-blood menu? If it was a nuclear holocaust, would it be a matter of whatever could be made in a fifteen-minutes? Just time enough for drinks. Bar menu.

The idea rolled around for quite a while. I put up an Instagram page and got a URL. Then the pandemic hit, and while the idea seemed great to me, I couldn't quite explain it to anyone else. I thought about it a lot, though. I tried posting, but I couldn't keep myself engaged for many reasons.

At the pandemic's start, I used to go for long walks. I'd meander through storage units, warehouses, and crane companies of South Boston. It was deadly quiet, and the ground was littered with needles, and for whatever reason, many dead birds.

What if it was an apocalypse where all the lower animals die out, and the world has to go vegan? Or, what if aliens invade and start rounding people up for "Pets or meat"? Maybe all dining and congregating would be in secret? Would all restaurants be speakeasies? There could be a scenario where the restaurant only operates outdoors (wink, wink). Or one where they have to manage in an abandoned warehouse. Maybe there is a version with intense apocalyptic heat. Could it have an all-frozen menu?

On my walks, I used to always pass a food truck with a "For Sale" sign on it. What if Zombies - and so all restaurants had to be 100% mobile? Could you operate a food truck more like a sit-down restaurant or a ghost kitchen? Maybe it would drive up to a house, prepare the food outside, and deliver it immediately?

This idea seemed "normal" enough. I even pitched it to a manager at the place I'd be furloughed from a month later. Mild interest.

Then, last week I discovered that someone in New Jersey had the same idea. They're called Wonder Trucks. They're now operating with half a billion in venture capital.

While writing this, I learned how Douglas Adams arrived at his idea for the Hitchhiker's Guide. This book would eventually spawn Milliways.

The first radio series comes from a proposal called "The Ends of the Earth": six self-contained episodes, all ending with Earth being destroyed in a different way. While writing the first episode, Adams realised that he needed someone on the planet who was an alien to provide some context, and that this alien needed a reason to be there. Adams finally settled on making the alien a roving researcher for a "wholly remarkable book" named The Hitchhiker's Guide to the Galaxy.

- Wikipedia: The Hitchhiker's Guide to the Galaxy

So there's more than a bit of Adams, and thus Milliways, in Aftermath. Although, in the Aftermath concept, it's not (always) going to be the end of the world. Most often, it's just the end of humanity.

Even before I'd heard of Wonder Food Trucks, I felt like these various, scattered ideas might have legs. For the record, I'm not saying that any of the ideas are mine alone. And they're certainly not worth half a billion in capital. But I do think they might be worth trying out.

This Adams quote (somehow appropriately a posthumous one) sums up the Aftermath idea to a "T":

“A learning experience is one of those things that says, 'You know that thing you just did? Don't do that.”

― Douglas Adams, The Salmon of Doubt

“What follows is a weekly calendar going forward. I'll try to keep it up to date. I'll do my best to stick to the schedule. Things may change. This idea may grow or shrink, or there may be a collective cry for me to stop.”