Aftermath: Part III, The Good, The Bad, and the Imaginary

Focus, lies, and the lies that focus. 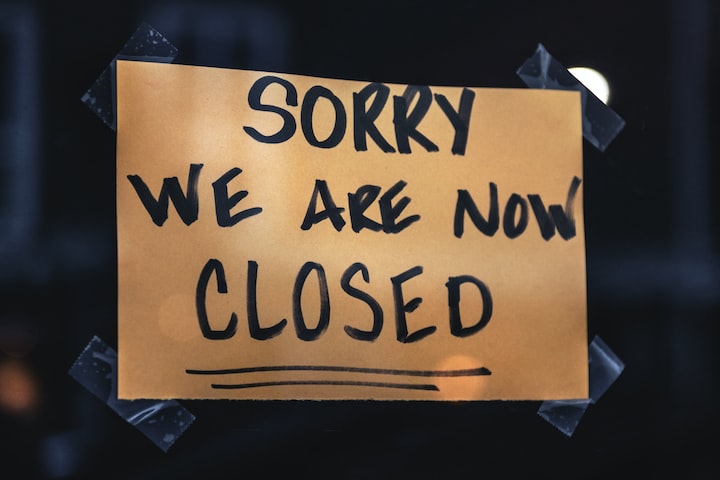 (Part 3 of a 5 part series) "Betting on a coin flip would be wiser than opening a restaurant. A celebrity chef, a franchise, or a popular trend all lend you a higher possibility for success. But It also means pinning success to reputation and fashion. It may seem secure, but it's almost as much of a gamble. Mario Batali."

I propose that a restaurant's infinite mutability could be the thing that helps it succeed. If you go in with the perspective that no part of the restaurant has to be permanent, that can be a huge advantage. Be prepared for the fact that your best employees will leave, money will go missing, equipment will fail, and food will go bad. Try and think about how you can turn these things into strengths, even if it means letting something else go.

That's easy to say, but hard to put into practice.

I'm going to use Aftermath to try this idea out, and I think the answer comes in narrowing focus.

The Chef who taught me the basics of how to kitchen had one request of every stage who came through. She showed them the line and asked them to make a salad. She didn't ask for a culinary standard (caesar, niçoise) or something off the menu. She gave them free rein. It was a test, but it wasn't obvious what she was testing for.

At the time, I was a dishwasher, and I watched this happen several times. I could tell a few things. You get a general idea of influences and personal tastes. You grasp their level of knowledge, and you see how comfortable they are in a kitchen. You also see how they work. Clean? Frantic?

Without knowing her expectations, I thought about how I'd answer the question. My head salad tried to utilize the line in unexpected ways. Chef was particularly fond of taking advantage of Bob Ross style "Happy Accidents" and she was willing to riff.

After agonizing over ideas and looking up techniques in case she "called on me," I realized I already had a job there. So I asked her directly.

"It's to see how they handle the ingredients," she said with a smile, "Are they kind to the greens? Do they treat the veggies with respect?"

She was looking for something that would be difficult to teach but that she valued. Thoughtfulness, kindness, and respect. Decisions are more manageable when your motivation is focused. She knew her motivation and looked for others who shared it.

In an earlier career, I worked for The Dr. Phil Show. It was a very different kind of atmosphere.

The part of it I still think about most frequently was a picture of an equilateral triangle on the wall of the EIC. At each point was a word: Time, Quality, and Money. In the center was the command: Pick two.

Apply this to restaurant creation. If you can have high quality for cheap, so long as time isn't a constraint, I say, toss the clock. It might seem complicated, but you might also end up with something sturdier if you play the long game.

Plus, you can shift your focus later. Once established, money might become more plentiful than time. The critical part to know is that you still can only pick two. Even Dr. Phil, a man wealthy enough to have a two-car garage with wall-to-wall carpet (think about it), can only pick two.

Aftermath's core focus is radical compassion. Helping others. To get there, we're giving it as much time as it takes, and we're going cheap.

The development of Aftermath from something fictional into something real should be possible. I picture it working a bit like the Japanese parable of the "Straw Millionaire." That, of course, is the original version of that Canadian dude who traded a red paperclip for a house. It's about incremental improvements that eventually lead to a significant change in quality.

The added benefit of starting with an idea and not a structure or vector is that an idea is more resilient. There are a billion ways to make food for people using compassion. There are significantly fewer ways to make an Irish bar at the corner of Dexter St. and DOT Ave.

This is still kinda' hypothetical.

I've been wrong before.

One of my favorite bands is Gorillaz.

The first time I heard "Clint Eastwood," I started itching. It seemed familiar, and I wasn't sure why. Now I know it's because I was already listening to Handsome Boy Modeling School, Viva La Woman, and Deltron 3030 on endless repeat.

I dunno music. But IMHO, Gorillaz works because it is familiar elements, assembled in a novel way, and presented with focus. It bleeds between genres. But, while Damon Albarn is the driving force, many, many people contribute to these albums.

Yet it's presented as a band of four "people" living in a specific world with a complex backstory. We shuffle amongst these different voices and attitudes.

This band is not broad and sprawling like the Polyphonic Spree. It's also not a singular head with a giant body like, say, The Brian Setzer Orchestra.

If we're going to get archetypal about it, Gorillaz feels a bit like John, Paul, George, and Ringo. It's not exactly the same, but it reminds me of them in the same way that Cool Hand Luke and The Matrix remind me of Christ.

(This is where my religious education and my Lit degree square off with lightsabers.)

The thing about Jesus is that some of his stories were road-tested by the Egyptians, Jews, and Zoroastrians. Jesus's albums are amalgams of different traditions, with dozens of producers. Only four remixes of his life story are studio releases, but there are many bootleg versions.

I'm not saying Jesus didn't sing. I'm saying they sweetened the mix. They also added killer background vocals, and he definitely had a Timbaland.

The same's true for the Beatles. There was George Martin. Billy Preston. Yoko Ono. Linda McCartney. Maharishi Mahesh Yogi. All these and more had influence to a greater or lesser extent. Not to mention people like Roy Orbison, Buddy Holly, and Chuck Berry, who influenced them initially.

A lot of restaurants pin success to a singular artist. Rarely is that true. I am currently Aftermath's only employee. But if Aftermath succeeds, it will be because I got a lot of other people involved. I'm embracing the plurality by creating a fictional one to start.

Humans are not great at understanding how group dynamics shape their lives. We're also bad (the West in particular) at judging our competence and how much our success depends on others.

For most people, restaurants have a staff that does the thing that gets the thing. Thing done? Good thing! (Where have you gone?) This causes a lot of problems. I don't think customers are callous (they can be). But, even the most enlightened person is usually unaware of how things really work. They are not stupid. Restaurants are designed to operate as a black box.

Even people who work in restaurants misjudge other restaurants. Few boxes are identical, even if the result is the same. Generally speaking, if you've worked in one restaurant, you know how one restaurant works.

Movies like Waiting, shows like Sweetbitter, and 1,000 chef biographies offer insights. That said, I've never seen "my" restaurant experience mirrored. There's a lot I recognize, but a lot is missing. And as someone who looks like they could have been in the movie Waiting, that is saying something. I am not in the minority.

This is a deep and convoluted subject. I'd like to explore it. The only way I know how to analyze these truths and relay them to a broad audience is by doing what many have done before. Make shit up.

What we're saying is we are using lies. We're using memorable lies. We are taking people who do not exist and things that did not happen to those people in places that aren't, and we are using those things to communicate true things to kids....not just kids, but it begins with kids.

I want people to understand and appreciate what a restaurant is. I think the complexity may be best relayed through simple stories. The idea of a singular champion should be tamed without negating individual contributions.

I also want to take care of people and share cool things.

In conclusion: Aftermath. A food-centered concept album about taking care of people, written by the lying voices in my head.

(We're going to start in the studio and then go on tour.)

The Aftermath Restaurant Trilogy (Part IV) - A restaurant that strives to find the answer to life's biggest questions.

“We are constantly being told that, 'food tells a story.' Well, let's tell some stories about food. For example, my favorite fictional restaurant was created by Douglas Adams. It's a restaurant at the end of the universe.”