by J.S. Kohout 9 months ago in fact or fiction · updated 8 months ago
Report Story

At last. The end of this absurdly long intro. 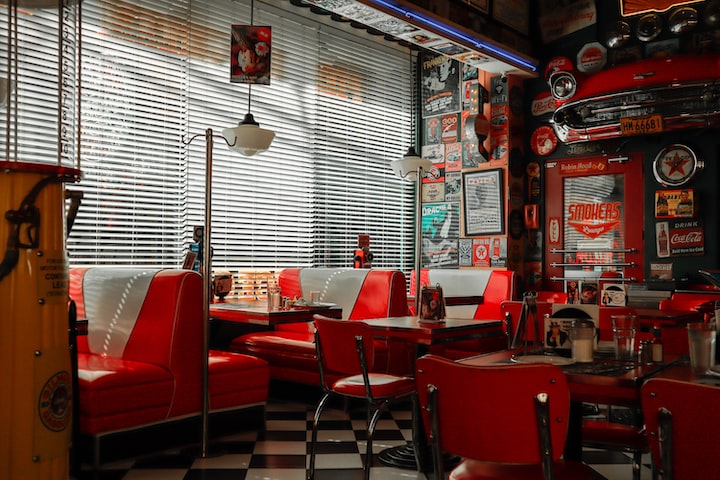 Photo by Dayanara Nacion on Unsplash

(Part 5 of a 5 part series) "What if a bunch of restaurant people lived through a messy restaurant closure. Then, after leaving their last shift, they discovered the world was literally ending? That's the Aftermath concept. But, it's not always going to be the end of the world. Most often, it's only the end of humanity."

"Stone Soup" is a very old and very interesting story. It shows up in a lot of different cultures. It has also been retold in many different ways. Its message can be pretty fluid. Yet, the central plot doesn't change much regardless of culture or time period.

In the earliest written version (about 300 years ago), the soup makers are a pair of Jesuits wandering in France. Hungry, they happen across a couple of latchkey kids hanging at home alone. These kids know roaming Roman Catholics are a risk, so they try not to interact. But the J-boys put the kids at ease. "Babycakes! We good! Got rocks in our robes! But... can we trouble you for water and a pot?" The kiddos relent. The J-boys set to boiling. Kids question the boiled rock. J-Boys say it just needs some loose herb. Soon the whole town comes out to investigate. Everyone takes a peak and a peck and plays chef de cuisine. Scraps and pap go in piece by piece. Yum yum chew! No one's "fooled," but all are fed. Good soup. Miles of smiles all around.

The story communicates whatever story its teller needs to tell.

The core: A hungry person approaches someone who's reluctant. An inedible object is presented with an indirect appeal for help. Stone person explains only water and heat are needed to make it edible. This creates an emotional reaction that sparks curiosity. Slowly, a series of small requests are made. Then, something worth more than the sum of its parts is created.

This is a story about making lunch.

It also shows how food brings us together. We're all at least a little curious about it. It's a commonality. In almost every version, there is some friction or suspicion between the two parties. Yet food bridges the gap.

It also shows that a good meal is made of small pieces. It's parts and labor. We take scraps, possibly trash, and then put them together. Now we've created something enjoyable and nourishing.

Elsewhere on Vocal, I proposed that good food should be free. Suppose the premise of Aftermath was factual and humanity was about to end. In that case, I think more people would agree with that idea. At that point, why not?

I've been privileged to have had some great meals with excellent ingredients. Uni from Hokkaido is high on that list. Once I even had wagyu carpaccio topped with uni and shaved truffles. Wowy.

All delicious. All expensive.

But, if I was ravenous, starving, I can't imagine dreaming of these things.

I grew up in New England, and I often think of things like apples from the farms that litter my hometown. The fruit stands eventually give away bushels by the end of the season. Then there was an oyster that traveled two feet from the Damariscotta River to my mouth. Didn't pay a penny for it. Have you ever eaten a perfectly seasoned and baked Maine potato? Roasty flavor, fluffy insides, crispy skin. Fresh fucking corn purchased from an honor box and boiled for precisely three minutes. Pure candy. (But please don't eat candy corn.)

When I lived in LA, a boss turned me on to public fruit. There's complimentary beer at almost every beer hall in Prague. My Czech family has had a bakery in NJ for more than 100 years. Fresh rye bread (I like marble, mom goes seeded) with butter. Chléb a máslo. Fuck.

Shitty pizza. I'd eat it even if both it and I were on fire.

Great food is out there and available. But even if I put a fresh and free apple in your hand, you may not know how to get the most out of it. All apples are not the same, and there are different ways to enjoy them.

Yes, in the age of the internet, this information is available. But, when was the last time you googled "What apple should I eat (zip code)."

Oh. Mealy apples. If we all worked together, we could stop that.

Not everyone knows they should be looking for that info. Not everyone wants to cook. Many of us amazingly live in a world where we don't have to think about food if we don't want to.

People shouldn't be punished (even if they don't know they're being punished) because they don't cook. There's also poverty, discrimination, and food deserts. There are so many hurdles, big and small, between people and the good stuff.

I'd like to cook for you. Maybe with you? Perhaps I can use Aftermath to feed you and others?

In these pandemic times, restaurants have started to broaden their scope. I'd like to see them continue to change. I want to be a part of this change.

Or... they can make that fish for you, so you can go cure cancer or topple the patriarchy or something.

Step one. Here's something from the Queen of Nashville, Backwoods Barbie, and The Monarch of Moderna! Dolly Parton's Stone Soup recipe.

While you're at it, here's another favorite recommendation (especially in lean times). A Korean dish, it has a wicked strong claim to the soul of "stone soup": Budae Jjigae (via Sue from My Korean Kitchen.)

This is hard to admit, but I've always loved the idea of having my own restaurant. As a child, I drew pictures of my future establishment. It was half diner and half upscale steakhouse. A Dennys.

I've come to hate the idea of owning a restaurant. It seems a bit like giving birth to septuplets on a long-haul flight. Then, you hold newborn deathmatches in coach for cash. Lastly, the landing gear goes out, and the only way out is to crash.

But maybe, Aftermath can do all the things I want it to do. Perhaps it will be less of a heartache and burden and more of a fun way to help people.

Maybe this whole thing will occupy my attention for a week, and then I'll wind up serving in Dennys.

It took a long time and a lot of words to spell all this out. I've spilled my guts... but how's this whole thing supposed to play out?

What follows is a weekly calendar of sorts. It's a plan, but it might change. I'll do my best to stick to the schedule. Things may change. There may be a collective cry for me to stop.

I'm open to suggestions. I'll just tell you what my AP U.S. History once told me.

"Every opinion is not valid."

Right now, Aftermath has an employee of one. So we're starting with a reduced schedule: Thursday - Monday.

The plan is to publish one or two longer posts each week. There should also be multiple much shorter ones. Recipes. Tips. Other stuff. I think.

These daily summaries of content sound a bit more serious than I intended. Please read the below in a funny voice. Mickey or Donald, if you can. Droopy or Marvin the Martian are also winners. Cookie Monster is fine.

I'm making all this up as I go along, so wtfk.

THURSDAYS: THIS IS THE WAY THE WORLD ENDS

"Every restaurant needs to have a point of view."

First, a longer story about how humanity will come to an end that week. It's a brief explanation of what will influence the menu. There'll be preparation techniques and conversations about service.

Later, a brief discussion of a drink from the Aftermath bar. Also, quick tips and tricks related to going out to eat.

FRIDAYS: TAKE A LOOK AT OUR MENU, PLEASE

"The Menu is not the meal."

On Fridays, we'll list the menu and go in-depth. Maybe a single post, perhaps many, each with its own recipe. Real food will be available for your enjoyment, eventually.

SATURDAYS: A PEEK BEHIND THE CURTAIN

“When you want to know how things really work, study them when they're coming apart.”

The planning stage. Analysis of the work that goes into a restaurant. Everything from general kitchen technique and organization to sales, security, and logistics. Expressed through employees' backstories.

"You got good and bad people everywhere."

Talking about everything that can go wrong in a restaurant. All the pitfalls and tragedies. With a particular focus on family and brunch.

MONDAYS: DINNERS WITH NANCY AND BOB

Mondays are all about reviewing the past week. This day is reserved for all the nonfiction aspects of Aftermath. Think, behind the scenes stuff. Nancy and Bob are my parents. They are sweet as sugar wrapped in honey, and they drive me absolutely bonkers.

Everyone deserves time off. This doesn't mean I won't be posting, but I probably won't be posting Aftermath stuff. I mean, I'm a multi-faceted person. I can do other things.

I think that's it! I'm done explaining my silly idea. Take it or leave it. Feel free to tell me what you think. I'll weigh your advice and either take it... um... or leave it.

Who am I kidding? No one is reading this.

See you back here on Thursday.

NEXT: Welcome to Aftermath (Finally)

Aftermath: The First Ending - The story of parva laminas. One fantastic failed restaurant.

"The restaurant was parva laminas, and it should have torn it the fuck up. The name was strange, but the concept seemed solid. Chef Homer Moustakas designed it around a city he both over-romanticized and missed. The Boston of his childhood. Unfortunately, it was doomed, and so was Homer and the rest of humanity..."

﻿*Much appreciation for Reading Regularly, Blazoning the Bits (sharing), and Ticking the Ticker (🖤) a.k.a. RRabbitt.