A Restaurant in the Aftermath

Can a real restaurant be built inside a fake one? 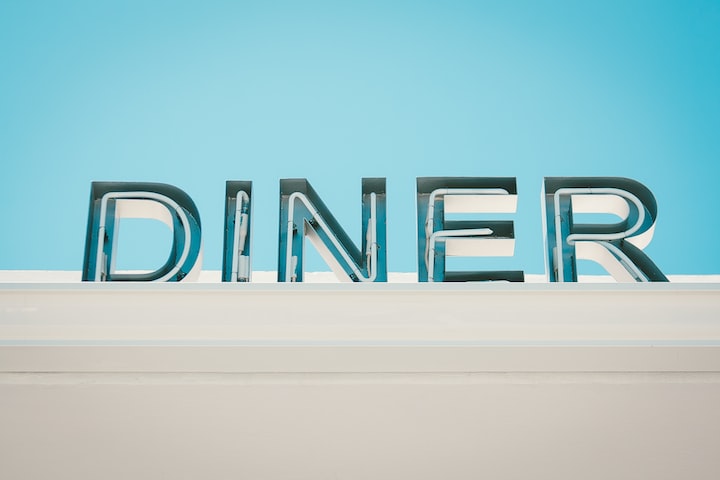 Photo by Dani King on Unsplash

APOLOGIES: This will meander, and it continues over five posts. SPOILERS: I'm trying to figure out how to make you dinner (or lunch). NOTE: The following is true. I'm a real person. The fiction comes later. LASTLY: If interested, I'd be obliged if you'd do the usual internet funk-pop. Read Regularly, Blazon the Bits (share), and Tick the Ticker (🖤).*

I read food blogs. Let's do the recipe first:

Now for a long and obnoxious multi-post headnote...

A long time ago, around 2018, I started thinking seriously about my career. As I'd been working for almost 30 years at that point, some might say I was very late to my own party.

The reality is that I'm curious, but I'm not great at focusing. I've also always prioritized "interesting" over "well paid." As such, I've done a little bit of a lot of different things in many different places. A true "Jack of all Trades."

But not really. Like, I'm not sure I can change a tire.

I do have a deep understanding of "Entertainment," a.k.a. Art History's lesser cousin. It's GoBots and Transformers. Or maybe it’s like Boon’s Farm is to Châteauneuf-du-Pape. Both are cultural touchstones, but they have different weights. Plus, an education in entertainment is four times as useless and ten times as plentiful.

As an entertainment professional, my favorite job was as a Hollywood tour guide. My "best" job involved running and writing a blog for a famous movie studio.

As a tour guide, I learned film history and told jokes to tourists. I also monkeyed around TV sets and hung out in Robert Evans' office. Occasionally I'd run into people like Chris Rock and Tom Cruise. In the copywriting job, I learned how to do a PowerPoint presentation. Although, they called it a "deck" because that's what you want to do to the person presenting it.

Yet, most of my experience has been in the hospitality wing of entertainment. In other words, I've worked in restaurants.

Dishwasher. Prep cook. Baker. Garde manger. Bartender. Waiter. Manager. I worked in big chains and mom & pops. I worked with and for Beard winners, Chopped Champions, Top Chefs, and one Michelin star recipient. I also worked with many, many, people named "Joe" and twice as many people in recovery.

Many jobs have come and gone over the years, but I have always willingly returned to restaurants. In restaurants, my coworkers referred to themselves as pirates, trash bags, and drunks. I loved them.

In Hollywood, studio executives were grossly concerned about their titles. If their business cards weren't embossed, forget it. It was hard to tolerate them.

Hollywood had fun parts, and it paid well, but restaurants were more rewarding. At some point, I decided restaurants should be my primary focus.

I worked all the time to avoid other problems, not to move ahead. It wasn't healthy or helpful. By 2017 I was fresh out of smiles and fucks, and I needed a hard reset.

I quit my life and moved to Toronto.

Over Timmy double-doubles, I wrote a book about working in the restaurant business. In it, I talked about all sorts of work frustrations. I addressed my own struggles with suicide and depression. I worked hard on it and was embarrassed by the final product. It was both too serious and too scattershot, and it didn't have enough focus. All this was because I was too scared to show it to anyone, so it didn't have an editor.

I self-published and talked about it as little as possible. A mysterious $3.40 shows up in my bank account every month or so to remind me that it exists. (If you're here looking for a refund, too bad, I've already coffeed it into pee-pee.)

By 2018 I thought I'd gotten the poison out. I looked at restaurants and decided it was where I still wanted to be, but now I was dedicated to advancement. I was dead set on climbing the ladder.

I considered an offer to co-create and GM a Canadian-themed barbecue restaurant in the Six. Instead, I went back Stateside and took an AGM job at a friend's restaurant. It had opened big and was heading into year two. I believed in my friend the Chef. I loved the food. I loved the crew.

Unbeknownst to me, the place was doomed before I started. Its issues ran deep in the background. I arrived in time to be a part of one of the messiest professional breakups of my career (but not the first).

In the final weeks of this restaurant, the idea for Aftermath came to me. While I was standing at the service bar getting ready for dinner, it happened.

Excitedly, I pitched it to a nearby server.

They smiled, nodded, and turned away.

It was a half-baked idea at the time (possibly still). So, I dropped it.

After that restaurant failed, I switched up my approach. I tried to attack advancement on a parallel track. Instead of regular restaurant management, I took a job with a start-up out of San Francisco. It specialized in high-end restaurant gig-work. They were expanding to Boston and needed someone who knew the local restaurant scene. It was my job to help hire area talent and secure local accounts.

Less than three months later, the company decided that Boston wasn't the right market. They pulled out, and I was once again looking for a path.

My friends gave me wise advice. If I took management seriously, they said I should look at Chili's, Applebees, or Olive Garden. Corporate behemoths. These places would offer decent pay, benefits, loads of training, and lots of headroom. They were also stable.

But, like a petulant child, I refused to work for a restaurant that would choose a pot warranty over salt. Like Jane and Michael Banks, I composed a list for my choice position.

It needed to be well-established. Stable. There should be space to advance. It also had to have a professional reputation and offer a quality product. If it treated its employees well and involved an easy commute, gravy. I could ride my golden unicorn to work every day with my head held high.

Aftermath Restaurant: Part II (More Math) - The further search for a career that might not exist.

"Like magic, a job fitting that very description presented itself..."