The further search for a career that might not exist. 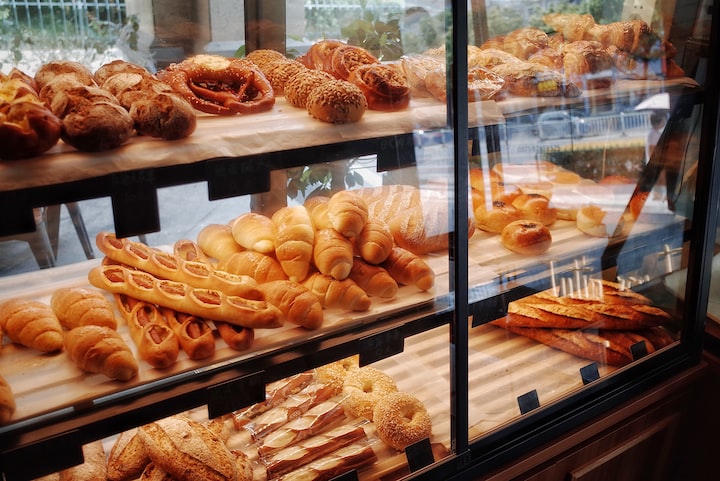 Photo by Yeh Xintong on Unsplash

(Part 2 of a 5 part series) A guy tries to build a career in the restaurant business. "Like Jane and Michael Banks, I composed a list for my choice position. It needed to be well-established. Stable. There should be space to advance. It also had to have a professional reputation and offer a quality product. If it treated its employees well and involved an easy commute, gravy. I could ride my golden unicorn to work every day with my head held high."

Like magic, a job fitting that very description presented itself.

It was a high-end, world-famous, local, quick-service chain. Run by a prominent chef, they were also the winner of more than one quality workplace award. The store was less than a two-mile walk from my apartment, and they were looking to hire a manager.

It did mean about a $30,000 pay cut from my last job as a server, and it was 10K less than my previous management job. It would also mean long and somewhat unpredictable hours. It was more physical than past jobs, and it meant learning a new restaurant language. I'd never worked in quick-service before.

But, unlike most restaurant jobs, there was potentially infinite headroom. It was a rapidly growing company. They also had a reputation for supporting employees' professional goals both inside and outside the company.

It would be short-term sacrifices for long-term benefits.

It was a solid month of rigorous training at half a dozen of their locations. They rarely hired management from the outside, and I could see why. Every employee knew their jobs cold, and I had to be able to replace and guide any one of them. I had to learn almost everything from zero. I didn't even know how to make an espresso drink or use their POS system. I was also decades older than most of my coworkers and years older than my supervisors. It was humbling, but I was prepared to take the hum.

As training ended, I prepared to jump into the deep end. I'd be working 10 days in a row, with one of the other managers on vacation. I'd be in the chain's busiest store, where I'd also spent the least amount of time.

The city shut down the weekend before that 10-day stretch was to begin.

At first, I was furloughed.

Eventually, it became a layoff.

The following months were aimless. What I'd previously labeled as burn-out and depression blossomed into anxiety and panic. I tried a few different things. I offered an online class, but I wasn't successful in gathering or retaining students. I tried to help some friends start a non-profit, but that also faded to the wayside.

I was flailing hard. That prompted me to withdraw at a time when withdrawing was essentially disappearing.

I stumbled through the months until the vaccine came along.

Once up to it, I put on pants and applied for a one-day-a-week restaurant job waiting tables. It was a place and chef I respected, full of industry vets, and it was less than a mile from my house. The money was ok. But as the world opened up, that one shift turned into bartending, kitchen prep, and serving. All with nearly no commute. It wouldn't advance my career, but I liked a restaurant job where I could do a little of everything. I convinced myself that I was easing back into the pool.

In the best of times, working in a restaurant is stressful. In the worst of times, it meant working longer hours at a pay rate that started to decrease. My pool turned into a self-propelled lake of fire.

I torched myself in about six months.

With this job, I had cut my pay at each successive place of employment for three years straight. I had no savings left. I was also making less than half of what I'd made when I'd landed my apartment.

Regardless, I couldn't pay rent, so I had to leave the job and move in with my parents out in the boonies.

This brings us to now. I guess this is my rock bottom?

Since I have little to lose, I've decided to follow through on my half-baked idea. An idea I first pitched to an unenthusiastic server, at the service bar, of a failing restaurant.

Back when none of us had heard of ivermectin.

My goal: create an imaginary restaurant.

Actually, I want to create a real restaurant, but I don't want it to be like any restaurant I've ever worked in before.

I want a restaurant that is infinitely changeable, itinerant, and copyable. It should be flexible, dependable, and its main goal should be... improvement. Improved food. Life improvement for staff and customers. Improved me. It should offer employment, career advancement, and a helpful hand. Always. It should also convince those who eat the food to want to learn about the food. They should want to know what they are eating and how it got to their plate.

It should be a place for everyone and foster curiosity and dedication.

I call it an "imaginary restaurant" because it shares DNA with things like the Ship of Theseus, Gorillaz, Milliways, and stone soup.

A restaurant starts with a concept. A playbook of sorts that includes recipes and expectations for steps of service. It's a point of view. From there, every other element is interchangeable and adjustable. This is how restaurants always operate, though we don't usually think of them this way.

A restaurant could burn down. Rebuild it, and reopen it with similar recipes served by a similar staff. We'd still think of it as the same restaurant. But the Chef and the rest of the team will change over time. In 2017, the average length of employment for any/all restaurant employees was 1 month and 26 days. The food will change too. New vendors, new farms, new kinds of seeds in the ground. Not even a signature recipe is immutable.

A restaurant may be mutable, but its existential flexibility doesn't seem to make it resilient. Starting any business is risky. But restaurants seem to ride the line between legit business and roulette.

The "average" cost of starting a traditional restaurant in a rented space is about $275,000, or $3,046 per seat. It's a median cost of about $450 per square foot. Even if you started your restaurant from a food truck, you're still talking about a $28,000 to $114,000 investment. With a food truck, there are other costs. You'll rent commercial kitchen space. There's also engine trouble, increased theft risk, added weather issues, tickets, and traffic accidents.

Maybe you want to own your restaurant space. That's usually more expensive initially but becomes cheaper in the long run. Of course, a higher initial investment sometimes means not lasting into the long run.

Large sums of money mean loans and investors, bringing along more risks. If I had a dollar for every potentially successful restaurant tanked by an impatient investor... I could open my own restaurant.

Then there's the matter of setting up accounts with reliable vendors. You have to be able to trust them with perishable products that fluctuate in quality and price.

Oh, and labor costs. Labor is one sticky motherfucker. There's a saying, "The most expensive ingredient is the person cutting the carrots." When I expressed interest in the family bakery business, my grandmother gave me this advice; "Oh no!" she said, "They [the employees] will rob you blind!"

That's bullshit. Restaurants rarely consider that labor could be a profitable product. You can pay people a fair wage without destroying the business. If you can't, you have a bad business.

These costs converge into something restaurants are known for: their failure rate. While this rate is often exaggerated, it can be about 30-60% in the first year. That's not too far off from most small businesses. But, only about 20% of restaurants survive beyond five years. In the broader category of "small business," the five-year survival rate is about 45%.

Betting on a coin flip would be wiser than opening a restaurant.

There are ways to hedge this bet. A celebrity chef, a franchise, or a popular trend all lead to higher possibilities for success. It also means pinning success to reputations and fashions. They may seem secure, but they're almost as much of a gamble. Mario Batali.

Aftermath: Part III, The Good, The Bad, and the Imaginary - Focus, lies, and the lies that focus.

“What if a restaurant operated on the idea that it would absolutely fail? There should be an acceptance that certain unavoidable events will occur, and that can be to your advantage…”