by Tracy Brady 12 days ago in product review

people love to drink coffee all all around the world. 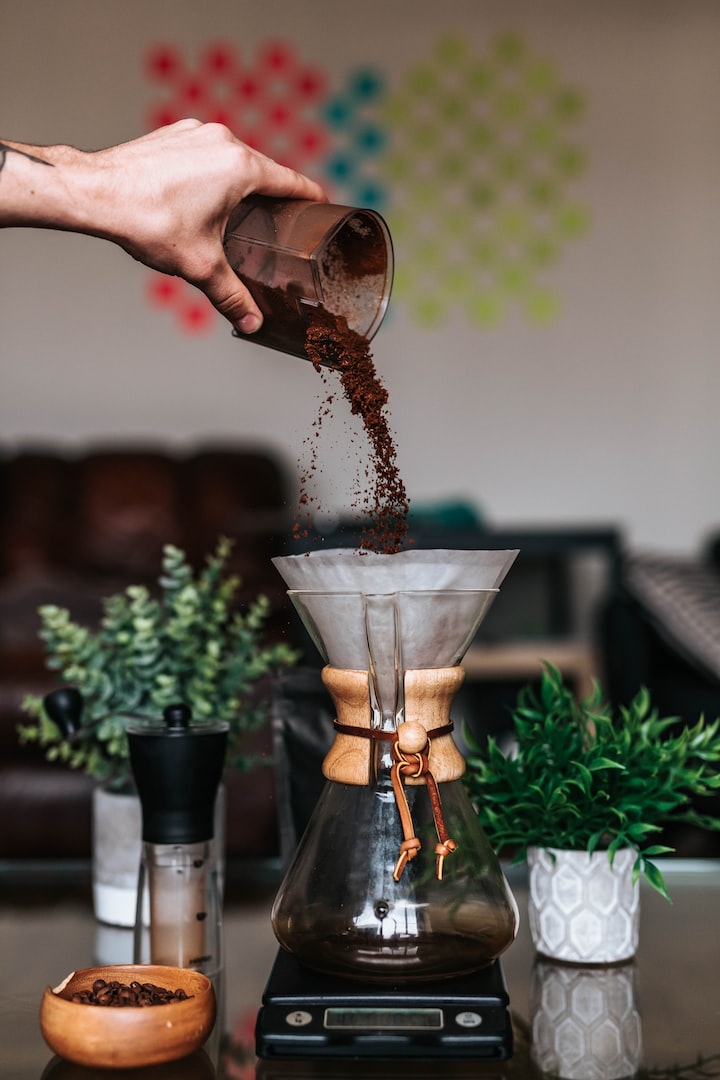 Photo by Najib Kalil on Unsplash

Meta: If you are wondering how and why coffee beans from different countries have a taste different, or if you want to know whether that is actually true, read more.

If you are a coffee lover, you might already know about this. If you don’t, let us show you what we are talking about. Many people already know that coffee from various parts of the globe taste differently. That’s not to say that coffee from x country tastes bad than coffee from y country. It just says that it’s different. Some people prefer Brazilian while others prefer Kenyan. It's all subjective and up to personal preference. But why does it taste different? How do the coffee beans vary from other coffee beans that are from different areas? It is difficult to decipher but we are all down for that. Today, we are going to break down how the coffee beans from different countries taste different.

Whether countries matter or not. Whether coffee beans come from Columbia, Brazil, Ethiopia, Kenya, Thailand, or anywhere else in the world, how much does it matter? Let’s find out.

It does matter, as coffee beans are grown in over 5o countries in the world. According to the National Coffee Association, an area called Bean Belt consists of all the parts of the world where coffee is produced. This houses parts from the Americas, Africa, And Asia. It goes to extreme limits stretching as far as Mexico and Zimbabwe at the opposite ends. We will talk more about this below.

According to the Coffee and Health Organization and the National Coffee Association, the first step is to plant a coffee bean. Like other seeds, the coffee bean is a seed that you can plant normally.

To attain coffee from the bean, you have to dry, roast, and ground the bean and then brew coffee from it. If you plant it normally like a seed, it can also, alternatively, be grown into a coffee tree if you don’t process the seed.

If you want to plant the seeds, you can plant them in large beds in shaded areas. Water them frequently and shield them from bright sunlight until you can permanently plant them. Do it during the wet season so that the soil is never fully dry.

It’s a long process as once you have planted the coffee tree, it will take around 4 years to harvest the cherries. The cherries are the fruits a new coffee plant would bear. Every year, there’s one major harvest in major coffee-producing countries.

Once the cherries are harvested, you can move on to processing the cherries. There are multiple methods to do that. The most common methods include The Dry Method and the Wet Method. The Cherries house the beans that are used to attain coffee.

After any method is used to process the Cherries, you can have beans afterward. Separate the beans by passing them through water channels. After they are separated, they are dried. The moisture requirements in the bean are fixed at approximately 11%. The dry method totally works without any additional step but if you employed the wet method, you must dry it down to 11% moisture. Sun-drying and machine-drying are the two most commonly used drying techniques.

Once the beans are dried, they are stored for exporting but that's not the last step before exporting them. The last processing is done in 3 following steps:

2. Polishing: to remove the silver skin on the beans

The beans are then sent wherever they are required and desired. Then comes the fun part, the coffee tasting. The new beans are tested for quality and taste. This is called Cupping. Special rooms are prepared for cupping so people can taste the coffee and see if it is up to the required standards.

Once the coffee is tested, it is roasted. The coffee beans that we see in our daily life, the brown ones, they are made by roasting the green coffee that comes after cupping. Roasting machines are used to roast the beans, and then they produce the taste and the smell of the coffee we know. This entire process is called pyrolysis. As fresh the roasted beans are, the better the taste will be. The last steps are grinding and brewing coffee. Coffee-lovers and users already know about this one. Grinding is used to obtain the most possible flavor out of the coffee beans. Grind it properly so it can be made quicker and have better taste. After that, you can brew and drink. Voila!

Where Coffee beans come from

South American countries such as Brazil started mass producing coffee to make it one of the most successful exporters of coffee. In Central America, countries played their part as well and contributed significantly, according to RoastyCoffee. In today’s world, the largest contributors to coffee beans are Brazil, Columbia, Indonesia, Vietnam, and Ethiopia. Brazil is and has been the world’s top coffee maker for the last 5 years or so.

As we already discussed where coffee beans come from, where it originated, and which countries are the top producers in today’s world, it’s pretty obvious that there will slight changes in the terms as there will be variations in taste and look.

As these countries are mass producers, they all employ their processes in different ways, and all grow the coffee in their respectively unique environments. Even if similar processes are employed, there are always changes that you can see. Let’s see the reasons behind the differentiation in a little detail.

Africa is one of the mass-producing continents with major contributions coming from Ethiopia, where coffee originated from. When getting from Ethiopia, coffee is often known for acidic and fruity notes. The coffee from Africa has a blueberry smell and a tea-like look. The other major contributor from Africa, Kenya, has sweet coffee, tastes similar to grapefruit, and a dry acidity. It feels like wine.

There are other minor contributors from Africa, such as Rwanda and Burundi, according to multiple reports. These countries are known for their sweetness in the coffee.

Central American coffee tastes and feels similar to the one you could find and drink every day in the US. Because of the obvious closeness between the US and the Americas in terms of location, you will find a balanced coffee that is known for a balanced body, acidity, and fruitiness.

South America, the land of coffee. Starting from Columbia, one of the finest coffee-making countries in the world. Columbia is one of the unique coffee makers found in South America, for they are known to have a balanced coffee similar to Central America. Their coffee is known for its balance but also the sweetness.

Brazil, the world's largest coffee maker for the past five years, is also located in South America. Contributing to one-third of the world's coffee production, the coffee flavor is the one known all over the world. It's the best and most common coffee you will come across in the world. Nutty and chocolatey coffee, and heavy too.

Asia is the largest continent in the world, and because of that, there's a lot of variety of coffee from Asia. Countries like Indonesia provide fruity and huge bodied coffee beans here while Vietnam produces that bitter coffee that is often loved by people.

If you do like a different variety, though, you don't have to worry. Asia has Myanmar that produces high-quality coffee, and Papua New Guinea that produces sweet and fruity coffees, but they are not mass-producing countries as their infrastructure can't support it.

It's a new world with many different tasting coffees available all over the world. Diversity is more than welcome, and we love it. Every person has a different flavor that they adore every day in the morning and evening. From Brazil to Ethiopia to Indonesia to Myanmar, there are different flavors and aromas available in the coffee and different processes employed all over the world. Coffee beans vary by coming from different countries, and frankly, you might not even find most of them where you live. If you want something different, you can always import it as today's world is pretty effective and easy when it comes to getting such things. Happy brewing!

Hi, I am a freelance writer who is well versed in the art of catchy yet effective writing. Coffee every day, whether I drink it or write about it, is something I love. I have tasted different coffees from different countries and am always on the hunt for more.

I am confident that I would make the perfect candidate for the spot of writer you have. I would love to have the opportunity to write about coffee, the taste of it, and the beans, and the diversity of it all. I am a coffee fanatic, and I love interacting with more of my species.