Do You Know You Can Season Foods With Liquid Smoke?

by Margaret Minnicks 14 days ago in product review

It might sound strange, but you can enjoy the flavors of hickory and mesquite smoke all year long.

You do not have to wait until summer to eat food flavored with smoke. You can enjoy the taste all year long. You can purchase liquid smoke in a bottle. The good news is that is so inexpensive that you can get it in all of the different flavors: hickory, mesquite, chipotle flavor and jalapeño flavor as shown above. There are also applewood and pecan varieties.

What is Liquid Smoke?

Liquid smoke is a water-soluble solution used for flavoring food. It is an excellent substitute for cooking with wood. Since that won't happen in your kitchen, you can use liquid smoke as the next best thing to get that smoky taste in steaks, poultry, beef, fish, and vegetables just as you would get in food cooked outside on a grill or in a pit. The liquid comes mostly from condensing the smoke from wood, but other additives can be used.

How Did Liquid Smoke Come About?

Liquid smoke is becoming very popular as an additive to flavor foods. Even though the product has been on grocery shelves for years, some cooks are just now finding out about it.

Ernest H. Wright, a Kansas City, Missouri pharmacist, created the ingredient in 1895. He discovered that by running smoke from burning hickory wood through a condenser, droplets are formed from the hot vapors. Then the liquid could be used as a delicious, very inexpensive way to add flavor to foods without a smoker.

Wright did not sell his initial batch of liquid smoke to cooks to flavor foods. Instead, his first sales were to Southern farmers who needed a quick way to cure and preserve ham and other pork products. So Wright made his fortune by marketing his product as a cheap preservative.

Competitors quickly caught onto what Wright was doing. So, they jumped on the bandwagon and began making liquid smoke by burning wood chips and capturing the flavor.

Many brands are available today. The leading companies of liquid smoke include Figaro, Crystal Hot Sauce, and Colgin. Even so, Wright products remain at the top of the list of liquid smoke. However, it is advertised as a quick, cheap flavoring agent instead of as a preservative.

How Does Liquid Smoke Taste?

Wright intended his product to be equal to real smoke. After his invention, other companies began to add more flavors to the smoke. Those flavors include additives such as salt, vinegar, and molasses. Many brands contain only water and smoke concentrate.

Cooks who use liquid smoke on a regular basis do so to avoid using ham, bacon, turkey wings, or neck bones to add that smoky flavor to their collard greens, kale, cabbage, other vegetables, soups, and stews. This product is ideal for those who do not eat pork but still want some distinct flavor in their food. Liquid smoke can also be used in marinades, sauces, dips, macaroni salad, and chicken salad. In fact, it can be used on any food for a smoky taste.

Liquid smoke is safe to eat and tastes just like the smoke you taste on a juicy steak. It gives a smoky, hickory, mesquite flavor to meats, beef jerky, poultry, seafood, and bean dips. Since it is very concentrated, it should be used sparingly. One of two drops will be sufficient. 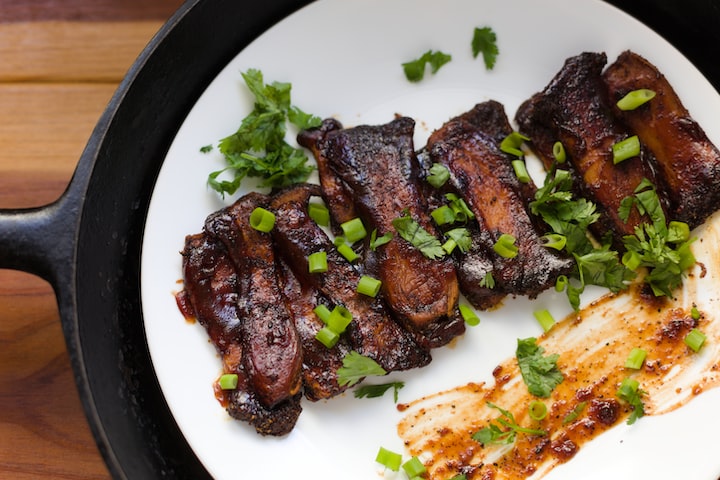 By Sean Stone on Unsplash

Liquid smoke is safe because it is produced by a safe, water-based process. Wood chips are burned, and the condensed smoke is formed into a liquid. The liquid is filtered to remove all unwanted byproducts.

Health-conscious people should be happy to know that the product is all-natural with no sodium, preservatives, sugars, or artificial colors .

Everybody has not jumped head over heels for liquid smoke. Sales are steadily increasing because just as many people are using it. One critic compared the taste of meat coated with liquid smoke to that of instant coffee. Those who love liquid smoke say the condiment is a "secret ingredient" that gives food a real hickory flavor. 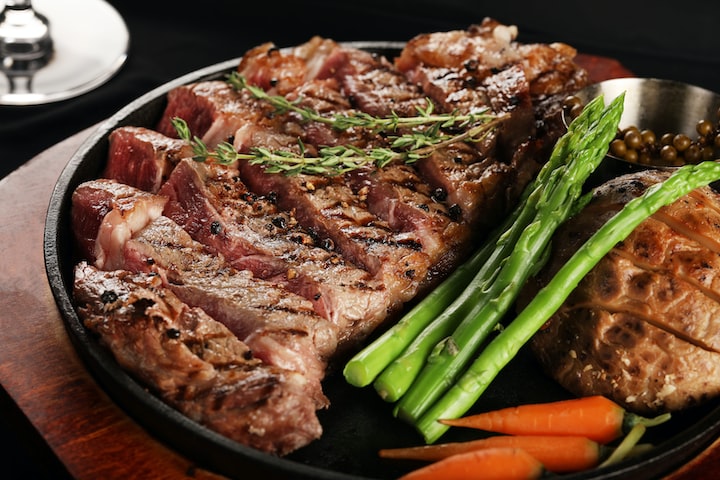 By Loija Nguyen on Unsplash

Where to Find Liquid Smoke

If you want to try liquid smoke, look for it in the condiment aisle with ketchup, barbecue sauce, hot sauce, and mayonnaise. Most grocery stores have it on their shelves waiting for you to take some home. Also, you can order it from Amazon.com for as low as $2.11 for a 3.5-ounce bottle. Some stores sell it for less than $2.00. The condiment has a shelf life of two years.

Before you say you would never eat liquid smoke, you should know that you eat it in barbecue sauces, bacon, hot dogs, smoked meats, cheeses, nuts, and a lot of other foods.